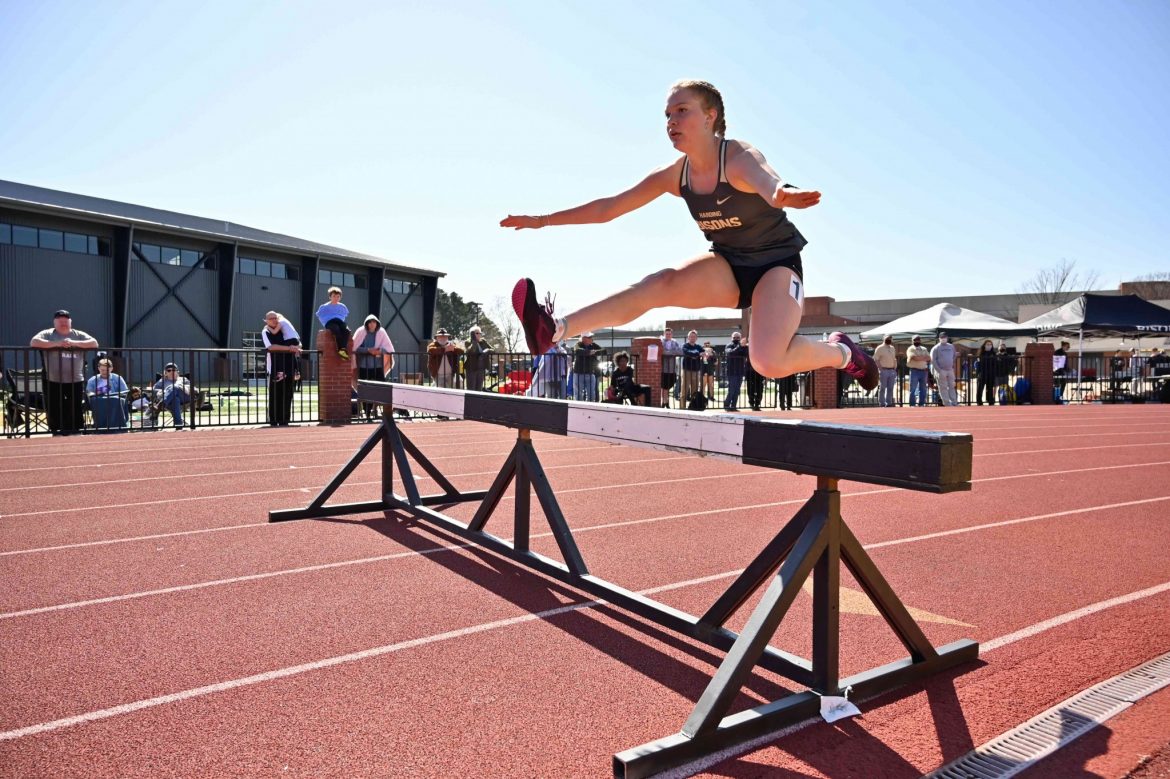 Harding hosted nine schools in the first annual NextEra Energy Harding Invitational for track and field on March 20. Of the 19 events that took place, the Bisons won nine of them, leading to a 102-point victory over Southern Arkansas University, who was in second place.

Among the winning competitors, a number of Harding athletes broke personal and school records during the meet. Sophomore Ben Ferris moved up in the rankings to fifth place nationally after clearing 5.01 meters (16-05.25) in pole vault.

During the invitational, Bison athletes broke two school records and tied another while obtaining four NCAA provisional marks. Senior Mitchell Kessler provisionally qualified for nationals in his event with a school record of 58.40 meters (191 feet, 7 inches) in hammer throw. The last record was by Josh Syrotchen set in 2016 at 170 feet, 4 inches.

“We had about 200 athletes from different schools across Arkansas and Missouri,” head cross-country and track coach Don Hood said. “SAU, Lyon College, College of the Ozarks and Philander Smith brought the most athletes.”

Hood said the event gave his athletes opportunities to compete in front of their classmates and professors instead of unfamiliar faces.

Sophomore Daniel Watrous competed in the races and emphasized the uniqueness of this invitational compared to others.

“We did a great job,” Watrous said. “Everyone was doing an amazing job at their events. I don’t think many people left unsatisfied from the race.”

Watrous said his favorite aspect was seeing so many familiar faces at the track and getting cheered on by the faculty and staff.

“Since COVID, getting all of our hard work out there and being able to display it for the people in the local community was my favorite part of the weekend,” Pruim said.

Harding plans to implement the invitational as a yearly event to give the team a home crowd feeling at least once a season. Pruim said that he was looking forward to competing each year in the invitational.

“Hopefully next year, without all of COVID, maybe we can get some more people out there and drum up some more emotion for it,” Pruim said.

Overall, the team enjoyed competing in a place that was already familiar to them.

“The team enjoyed the meet,” Hood said. “It helps to have the extra motivation from being at home. I thought it helped us to bond as they cheered and encouraged each other.”