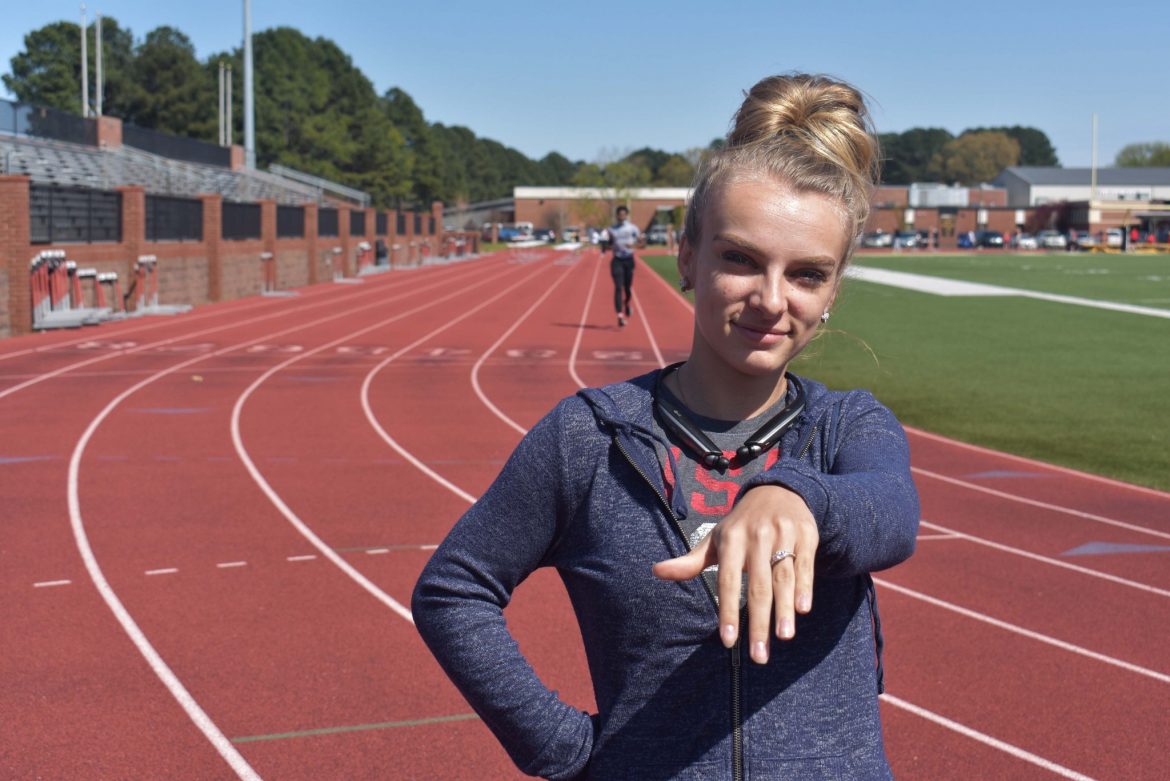 Smith’s boyfriend, Lee O’Pry, and her mother traveled to Searcy to watch Smith’s first home track meet. On the way to the invitational, O’Pry stopped in Little Rock, Arkansas, where he bought an engagement ring.

After the meet ended, the head cross-country and track coach Don Hood sat the team down for a meeting before releasing them to clean up. After being released, Smith walked over to her mother and O’Pry to let them know that it would be a few minutes before she was ready to go. As Smith talked to her mom, O’Pry walked behind her and got down on one knee.

“Lee could barely get the question out, he was so nervous,” Smith said. “When he was finally able to get it out, he [looked] at me and [said], ‘Will you? Will you marry me?’ Of course I said yes.”

O’Pry called Nieves Megias, a close friend on the team and future bridesmaid of Smith, and asked her to help with the proposal.

“I knew about the proposal before because Lee, her boyfriend, asked me for some help,” Megias said. “I talked to her a couple of days before, and she was not expecting the proposal at all. It was so beautiful when I saw her reaction and how surprised she was.”

Smith and O’Pry first met in high school while O’Pry was playing football and Smith was on the cheer team. They started dating in high school and then took a break before running into each other a couple years later. Smith and O’Pry dated most recently for nine months before they got engaged.

“She is a great person, and I love her to death,” O’Pry said.

After the proposal, the track team gathered around and began to cheer for the newly-engaged couple.

“I was blown away,” Smith said. “I had an amazing day of competition on the track and [topped] it off with a proposal.”

Smith said she asked Hood to officiate her wedding in July.

“I asked him at lunch one day because he has been more of a spiritual leader and had a bigger impact in my life than the pastor at my church,” Smith said. “He was excited and said, ‘Wow, Maddie, I’d be honored.’”