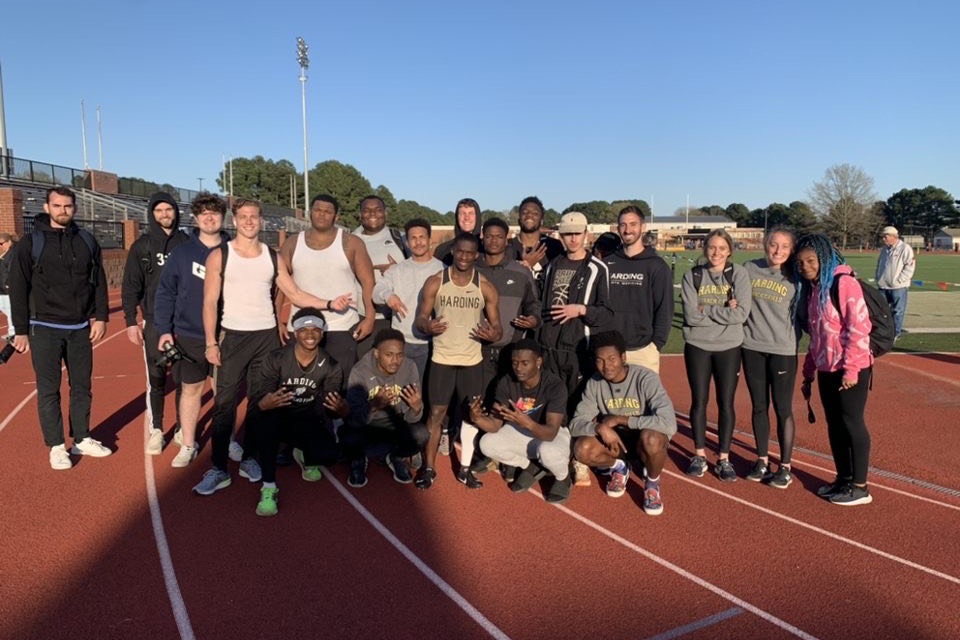 Head cross-country and track Coach Don Hood proposed the idea of having the “Peanut Invitational” to give sophomore Jamaric “Peanut” Hill an opportunity to showcase his track skills at competition level during a season on the sidelines. On March 19, Hill got an independent and individualized opportunity to highlight his hard work.

“When someone works hard, they need to be honored, and Peanut is one of the hardest workers we’ve got,” Hood said. “When some people face adversity, they quit, and he is not a quitter. What’s great about Peanut is that he’s seeking to be what God calls him to be, and that deserves support. We are going to give him that support.”

Hill faced obstacles this semester that prevented him from participating in tournaments. He continued to train at practice, but his competitive season came to a halt. Hill still performed at his highest level in spite of  time away from the sport.

“Not competing this year and going to actual track meets brought me down, but when Coach [Hood] hosted the Peanut Invitational, it gave me encouragement and confidence,” Hill said.

Hill did not run entirely alone during his special track meet. Freshman Tad Kirby ran alongside Hill, giving him the reassurance he needed, then stepped back to let Hill finish his race.

“Everyone likes running and runs better when other people are with them,” Kirby said. “I ran the first 40 meters of the 100 with him to help him get a good start out of the blocks. Then, I dropped off and let him finish.”

“I hit a new personal record in all of the events that I did because of the encouragement from other sports teams, teachers, teammates and coaches,” Hill said.

Hill’s contribution to the team does not go unnoticed by the coaches, who affirm his importance on the field. Assistant track and field coach for multis, hurdles and high jump Jessica Withrow said their program would not be the same without Hill.

“He’s part of our team, and he puts in the work,” Withrow said. “It wouldn’t be a team without Jamaric Hill.”