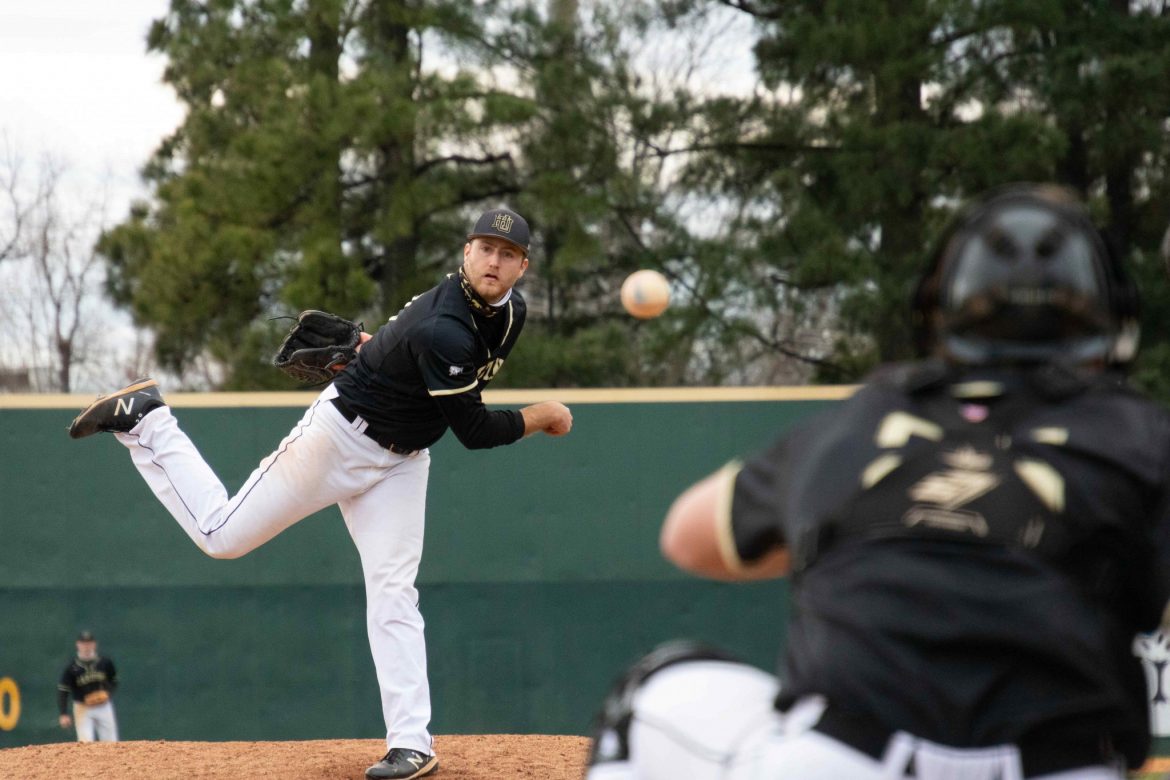 The Harding baseball team was supposed to play their first game of the season today, Feb. 12 — 339 days since they last played. However, the winter weather canceled the game, as well as the two that were to follow over the weekend. Instead, the Bisons will play their first game of the season against East Central University in Searcy on Feb. 19, making it 348 days since the Bisons will have competed.

“I couldn’t be more excited to play, and I speak for everyone when I say that,” fifth year graduate student Luke Vandover, infielder, said. “To be able to step out on the field next week and play someone besides ourselves is a huge relief to all of us. We’ve been looking forward to it since the day our season got canceled last year.”

COVID-19 affected many campus-wide activities, including all collegiate sports. For the baseball team, this included an increase in practice and scrimmaging against themselves, rather than competing against other teams.

“We’ve been practicing together almost every day since the beginning of the fall semester and have been playing a lot of games against each other to prepare ourselves to play against outside opponents,” senior outfielder Michael Chrisman said. “We have an experienced group, and I think there’s a lot to look forward to this season.”

It’s been a long time coming, but the Bisons are finally able to step up to the plate again. This Bisons group has been through a lot, and they’re banding together and using it to their advantage on the field, every way they can.

“Those early games, you always have a lot of emotion, and you’re really fired up to play,” head coach Dr. Patrick McGaha said. “But at the end of the day, we have an older group, and they’ve really been through it together for three or four years now, so I really think they’ll come out and show some maturity as we play.”

Despite the long duration of time in which they have not played other teams, McGaha said he does not think it will affect their ability to play when the season officially starts.

“I don’t think the excitement of having been off for so long will be a factor to these guys,” McGaha said. “I think they’ll just go about their business, as they’re a pretty workman-like group. They’ve done a great job to stay healthy and try to make sure we don’t spread COVID within the team. Hopefully we’re going to play our brand of baseball, which is really good defense and throwing a lot of strikes.”