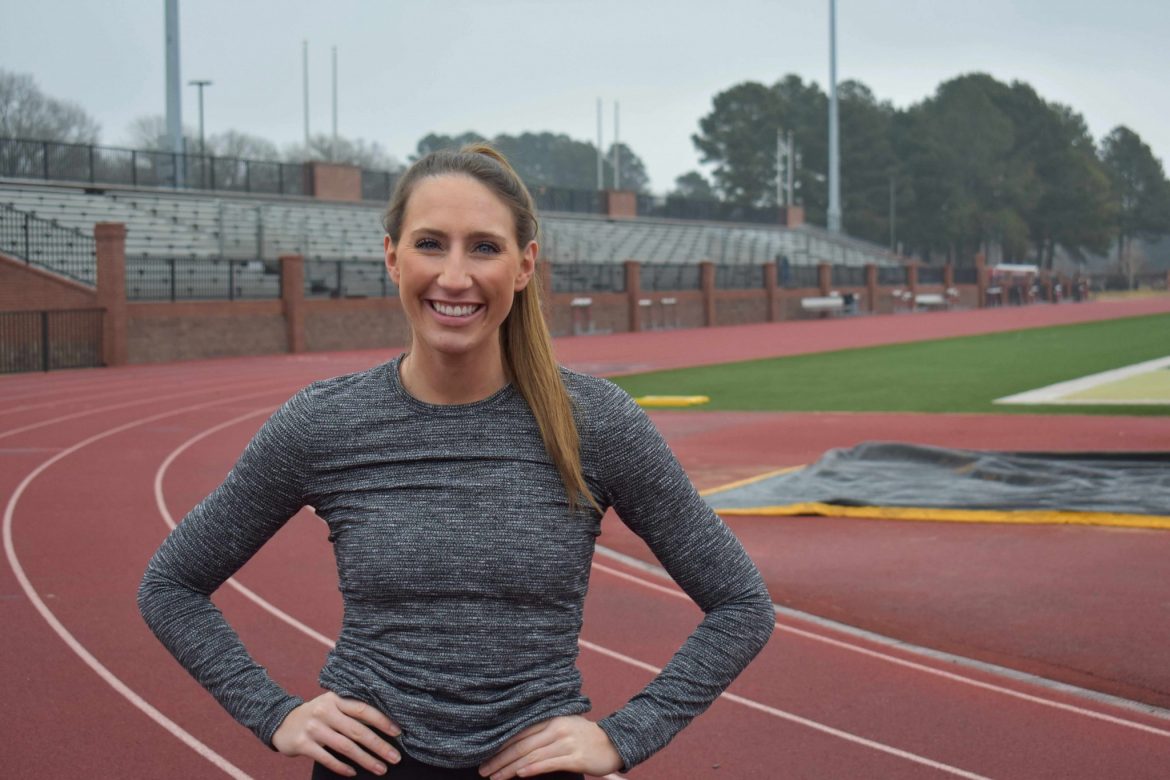 Senior Darcy Sanford has made a name for herself on and off the track pitch. Sanford has been breaking records for the school, as well as herself, since her first season on the team in 2017, including a win in one of the first meets of the 2021 season.

Friends and coaches know Sanford as a natural leader, which drove her teammates to make her team captain this season. Her coach, Jessica Withrow, praised Sanford for her ability to remain positive and encourage others to be thankful. Withrow has been coaching Sanford since the beginning of the 2019 season and said that her ability to stay positive is what makes her such a gifted athlete.

“She’s such a great athlete,” Withrow said. “As a heptathlete it is so important to remain positive. You have to be able to move on, and she can really focus on what event she is doing at that moment.”

While Sanford has been breaking records since her first season, she did not always think she would be a college athlete. Sanford said that she was recruited by Harding for track and field, but she originally wanted to either play volleyball or not be a student athlete at all.

“Originally, I wanted to go to the University of Arkansas and just be a student at a big school,” Sanford said. “But the closer I got to graduating, I realized that I just wasn’t ready to give up being an athlete.”

Those who know Sanford know that she is driven by the pursuit to praise God in all things, and this motivation is what pushed her to be an athlete.

“I have a healthy body, and this is a talent that the Lord has given me,” Sanford said. “So I’m going to use it for all it’s worth and try to glorify him through it.”

Commitment is one of the key components for any athlete, Sanford being an example of it. Coaches and friends give testaments to her accountability.

“She has only become more disciplined, diligent and hardworking during her time at Harding,” senior Sally Roach said. “She juggles track with school and making disciples for Christ, as well.”

Roach and Sanford have lived together since freshman year. Roach and Withrow said they have confidence in Sanford’s athletic ability, as she is on the road to qualify for the national conference for Division II heptathletes in March.

From winning the first meet of the season, to possibly competing for the national title, Sanford will be one to watch for the rest of the season.