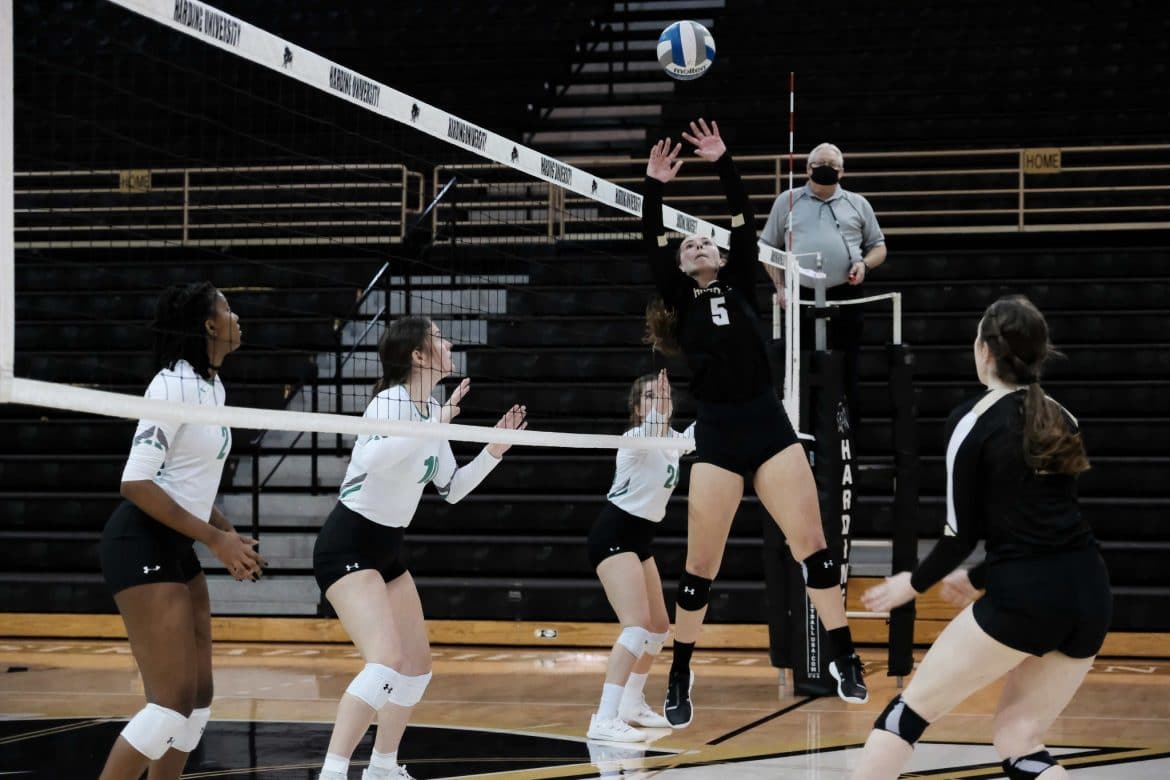 After five months, Harding sports have returned. The volleyball team channeled this anticipation and momentum in their first game of the season on Jan. 26, in which the Bisons enjoyed a victory as they shut out Arkansas-Monticello 3-0.

“It was very rewarding,” sophomore Libby Hinton, a middle blocker for the team, said. “Being able to play a game that wasn’t just against each other was so much fun.”

Hinton led the team with 10 kills in their first match, as well as posting .400 with four blocks on the night. Hinton’s performance was a beneficial one in Harding’s shutout win, which came on the tails of an 11-12 comeback in the third set.

Quarantine proved beneficial for the team, as many of the athletes took training into their own hands.

“It was really busy even though we were all at home,” sophomore Sarah Morehead, a setter for the team, said. “They sent us workouts to do at home and made sure we were getting into the gym.”

Morehead led the Bisons with 25 assists on the night while posting .500 with three kills.

Some team members said this win has motivated them to continue working hard to have a successful season.

“The energy was really good Monday,” sophomore Ally Stoner, an outside hitter for the Bisons, said. “It seemed like it all went well. We were all ready.”

Stoner hit seven kills that Tuesday while posting .429 with 8 points.

The Bisons are 2-0 with both games being shutouts and they’re looking to repeat history, starting this weekend. The Bisons will travel to Magnolia, Arkansas, to take on the Southern Arkansas Muleriders. First serve is set for 6 p.m. Log on to hardingsports.com for live updates and stats during the game.