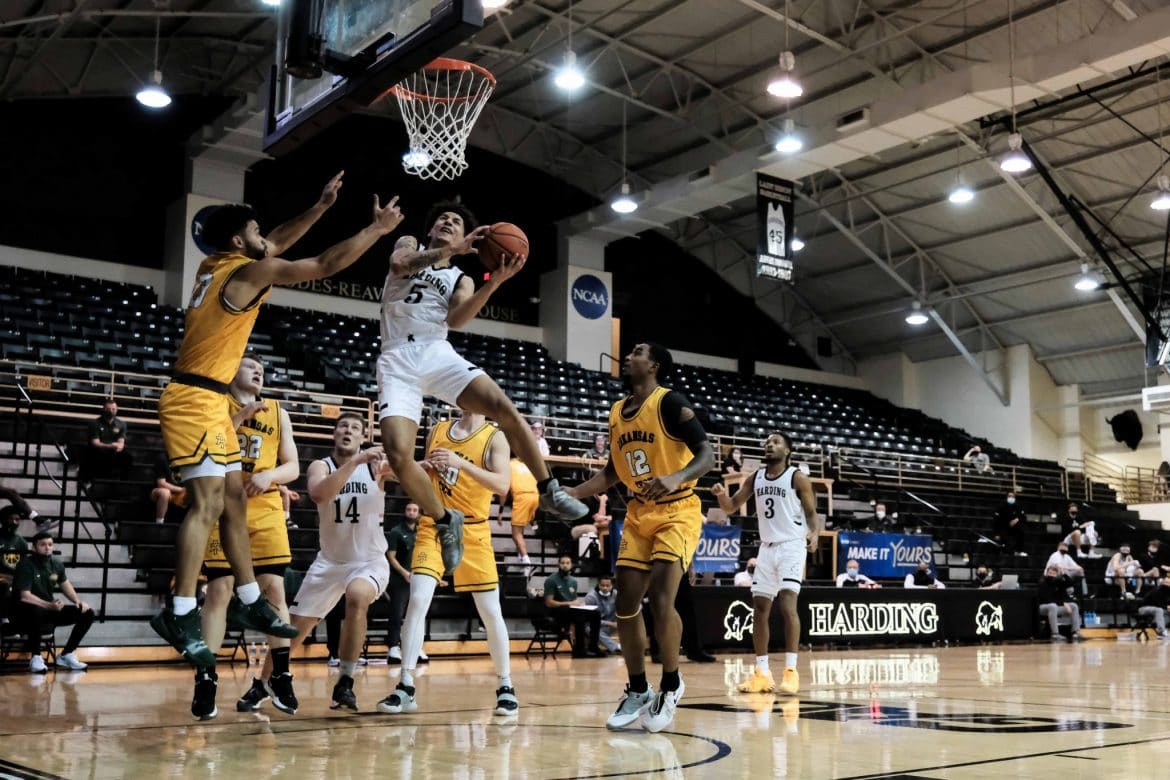 The men’s basketball team played Arkansas Tech last Monday, Jan. 25, in the Rhodes-Reaves Fieldhouse, Arkansas Tech pulling ahead at the end of a game with a final score of 104-109.

Alumnus David Savage, former leader of the Rhodes Rowdies, said the Bisons were prepared for the game against Arkansas Tech and that they were fueled by their rivalry to win.

In the final minutes of the game, senior guard Romio Harvey made four shots. The Bisons, who ended the first half down 12, found themselves up by 2 points with less than two minutes remaining in the game, pushing the game into overtime. The game went into double overtime when the score reached 90-90 before Tech pulled ahead to finish the game, winning this round of the rivalry. Junior guard Ramiro Santiago fought hard in the game. In 46 minutes, he put up 35 points on 10 out of 21 shots, with five rebounds and four assists.

“I felt really good,” Santiago said. “I only scored five points in the first half, but I changed my focus and finished with a good game.”

Harvey was another notable performer. In 46 minutes, he put up 24 points, five rebounds and five assists while going 7-17 on the night, with 6-8 on the line.

“It’s a big help having two go-to guys,” senior Jackson Duncan, men’s basketball reporter for the Harding Sports Network, said. “Those two guys create a dynamic duo that is a force to be reckoned with when they’re hot.”

The remainder of the week’s games were canceled due to COVID-19 concerns. The schedule is full for the Bisons this coming week. The first game will take place tomorrow, Feb. 6 at 4:00, against Ouachita Baptist at