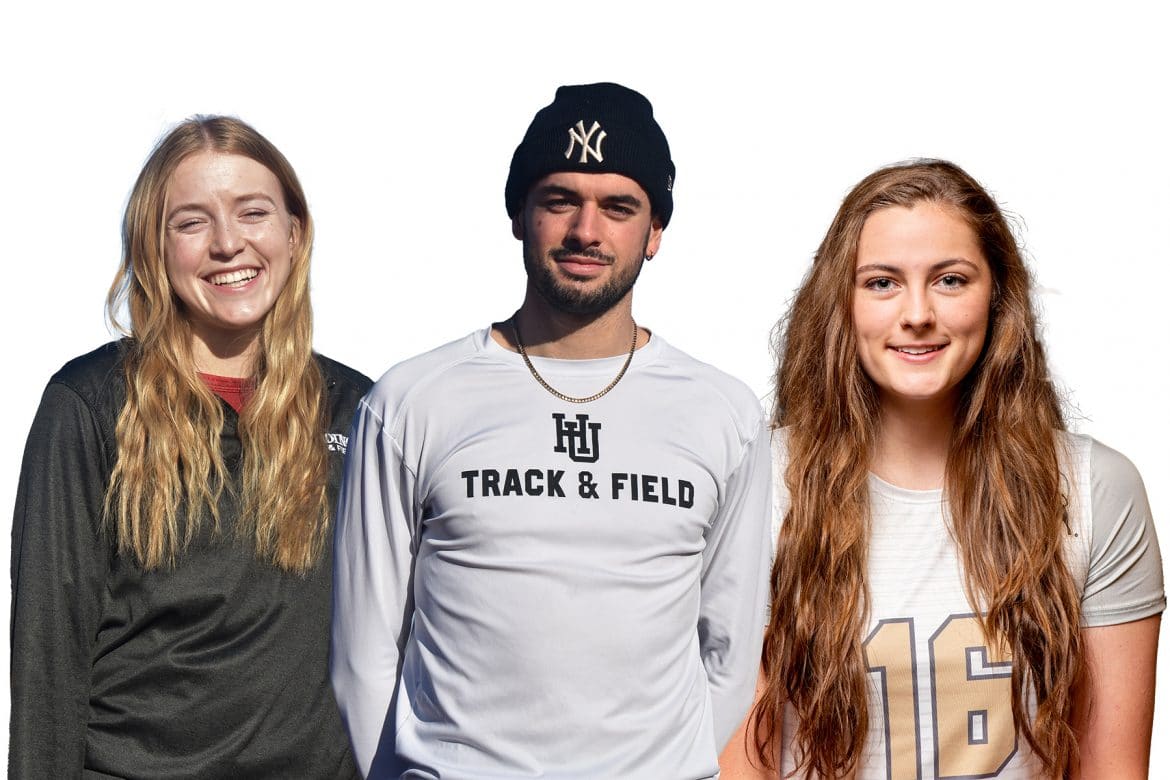 Junior Cooper Monn broke the school record in weight throw at University of Central Missouri (UCM), becoming the first Harding female with a throw of over 50 feet. She then broke her own record a week later at Washburn with a throw of 53 feet, 4.5 inches.

Sophomore Sierra White and freshman Dorian Chaigneau both broke their own records in the pole vault at UCM, White clearing 3.76 meters and Chaigneau clearing 5.13 meters. Both students also topped the NCAA provisional standard.

While breaking records in shot put, Monn is also a member of the Harding volleyball team.

“To do what she’s doing and to be the best that’s ever come through Harding so far is really phenomenal in a sport that is kind of part time for her,” head cross-country and track coach Don Hood said. “She’s got a great attitude and a tremendous work ethic.”

Assistant track and field coach Jessica Withrow said that White was Harding’s first national provisional qualifier in 2020, and she broke that school record — for the second year in a row — this year in Missouri.

“She’s not as tall or strong as some of the other pole vaulters in the country, but technically she’s really good,” Hood said. “She’s really fast, she’s a great competitor, and has great gymnastics skills, too.”

Chaigneau broke a 32-year-old record on Jan. 16, and less than a week later, he broke his own record again by 1.25 inches.

“He hasn’t even quite reached his personal best here at Harding,” Withrow said. “He’s brought a lot to our team.”

Withrow said that this increased competition within the team has helped the other pole vaulters improve, as well.

Chaigneau said that he preferred training over competition. His personal goal this semester is to improve by 10 centimeters.

Part of the track and field teams will spend the weekend of Feb. 5 at the Northwest Missouri