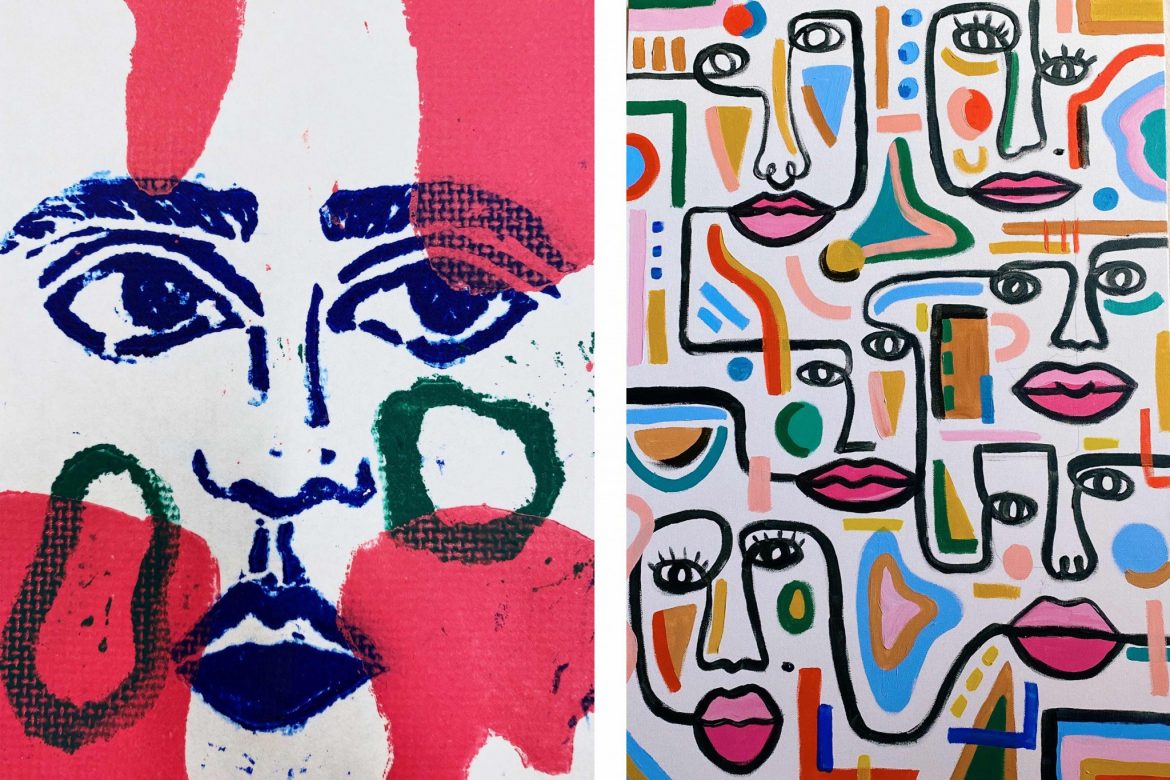 Junior Leah Ruth, an art education major, sells abstract art on Instagram as a side business. She started selling art during her sophomore year and has also been willing to accept commissions, but her business exploded after one of her Delta Nu (women’s social club) sisters, junior Caroline Birdwell, requested a piece during quarantine. Ruth posted the result on her art Instagram account.

The business has since permeated many parts of her life, including her job as a resident assistant in Shores Hall, when one of the residents on her hall bought a piece in July.

Ruth said she has been making art since she was a kid. She plans to teach elementary kids after college and also intends to continue creating art as long as she can. Ruth said doing so will allow her to make extra money on the side, but will also bring her joy and allow her to continue expanding her abilities.

Ruth’s style has greatly expanded, as well as the mediums she uses. She prefers acrylic painting, but also dabbles in watercolor, oil and photography.

For junior Abby Womack, a customer who also lives on Ruth’s hall, Ruth’s painting brings a calming atmosphere to her dorm.

“It’s an outlet that lets me focus on something else,” Womack said.

For junior Della Rhodes, Ruth’s roommate, having a working artist to live with gives Rhodes motivation in life.

“It’s inspiring living with someone like that,” Rhodes said.

Ruth said one of the greatest changes since starting her business is how it has expanded both her spiritual life and personality. In terms of personality, she said it has given her a great deal of confidence; both she and her roommate agree. Ruth said the business allowed her style to grow and expand, as well as establish the style as her own. Her networking skills have increased, allowing her to make connections and transactions easier.

Ruth said she predominantly paints at night, allowing her private time to commune with God. Her eyes have been opened to more of the abilities God has given her and to the beauty in everything God created. 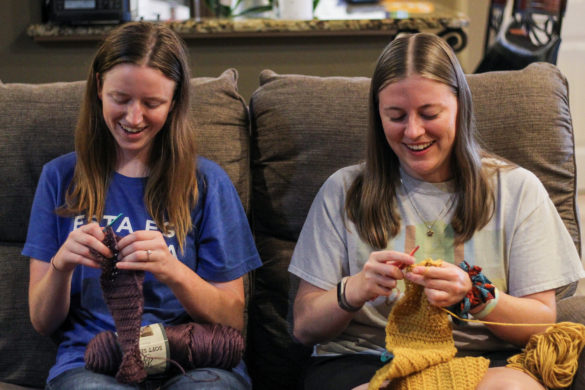