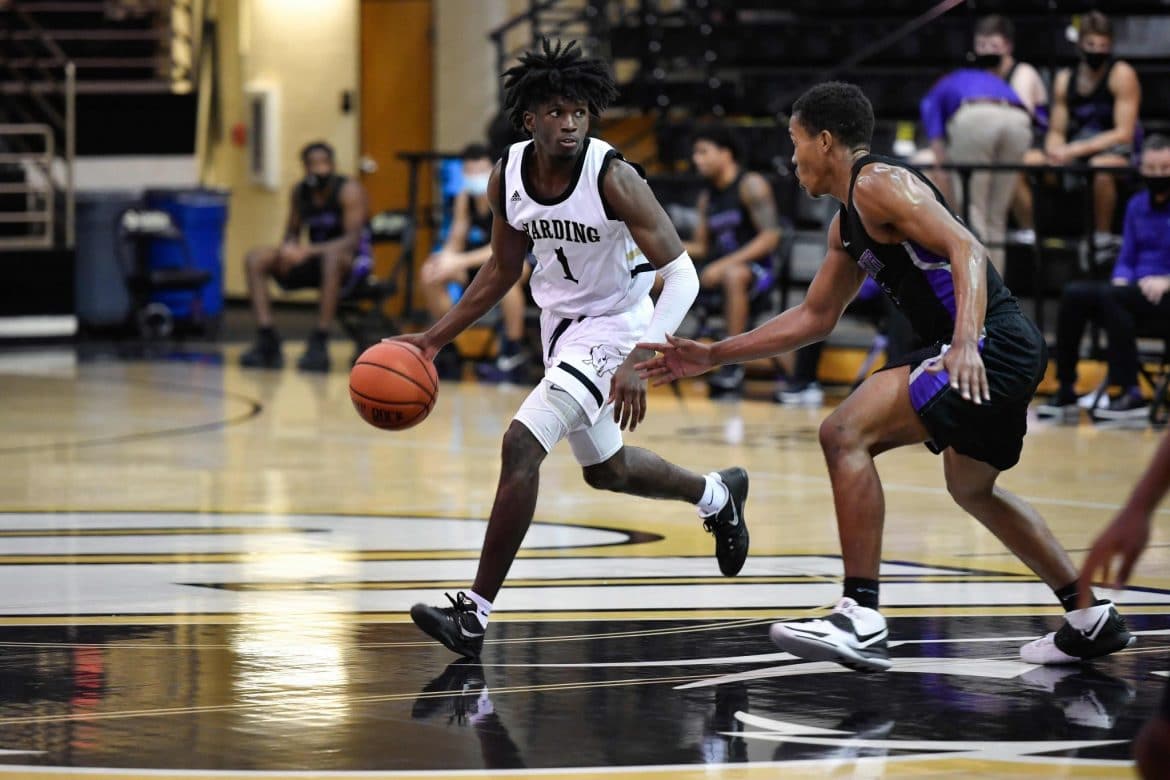 The 2021 season for the Harding men’s basketball team was long awaited and highly anticipated. Amid fear and confusion surrounding COVID-19, people questioned what a basketball season would look like and if it would even be possible. Once Harding announced that a basketball season would be able to ensue, students celebrated, and the Harding Bisons began practicing for the scheduled games. After the opening game of the season, two players tested positive for COVID-19, causing the team to put a pause on all practices and games until each player on the team had completed quarantine.

“After getting our season pushed back from its normal start in October, we have finally gotten to start playing again, as we played and beat Ouachita Baptist in our season opener,” junior guard Collier Blackburn said. “Shortly after this game, we have had to cancel two games, in hopes to eliminate the chances of spreading COVID-19 among our team as well as with other teams. My hope for this season is to be able to compete in a safe way that will allow us to play and win as many games as possible.”

Fans are an important part of any sporting event, especially Harding basketball games. In the months leading up to the basketball season, students questioned whether fans would be allowed at Harding sporting events at all.

“We have had two games canceled because of [COVID-19] but are set to play this coming Thursday,” sophomore forward Kyler Hensley said. “So far what has looked different is we have had no fans at our games, but I think that we are going to start allowing some fans two weeks after school starts.”

“I am thankful that we even have a schedule this semester,” sophomore guard Davis Morgan said. “I love all of the guys that I have the honor to play with this year. I hope to see us get in the required 11 games in order to qualify for the GAC tournament and the NCAA tournament. Despite all the differences and cancellations, we are extremely thankful for the opportunity to play some basketball. We have been waiting for a while to play, and to play for each other against another team.”