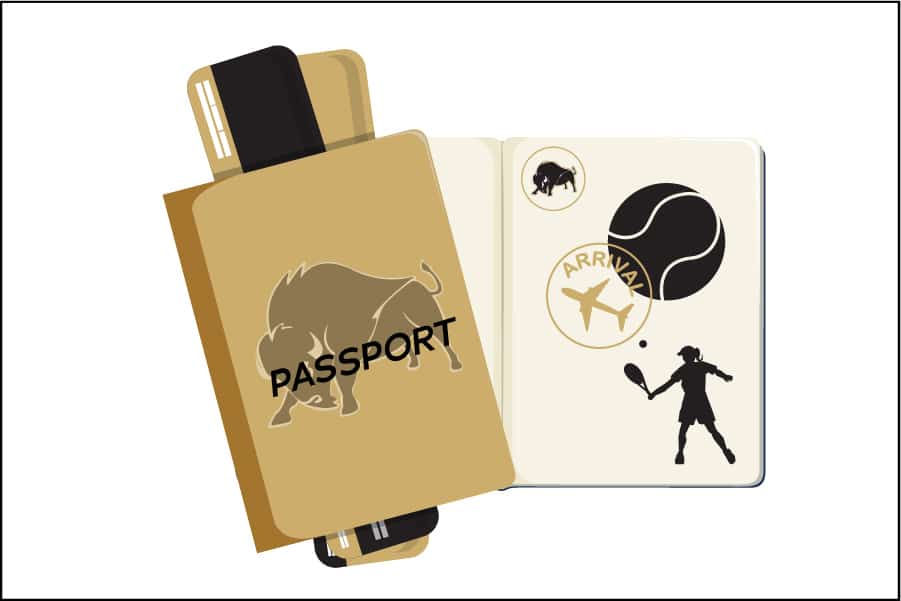 After being away from Harding for 10 months due to travel restrictions, six Harding tennis players from various foreign countries have finally returned to campus. Five of the six players are on the men’s team: sophomores Balazs Balassa, Ricardo Rodrigues and Dani Ortiz; junior Diego Pierola; and fifth-year Alex Sendra. One player from the women’s team, sophomore Rachel McCrae, also returned. In addition, sophomore Ashley Nilsson returned to campus midway through the fall semester after her visa was renewed.

The six athletes stayed in contact with their coaches and trained on their own to the best of their abilities amid COVID-19 restrictions. Some athletes had courts accessible during the shutdowns, while others could only do limited cardio independently. However, they said the longer time went on, the more people were able to be on the courts and practice tennis.

McCrae said she truly tried to make the most of training from her home while stuck inside due to lockdowns.

“When  [England] went into another lockdown, none of the centers or gyms were open,” McCrae said. “So, I had to create my own workouts, and luckily I had a home gym in the garage so it was quite useful.”

The environment of playing tennis at Harding is a lot different than playing in some other countries. While hard courts are used in America, other courts like clay and grass are used elsewhere, causing the ball to bounce and spin differently. The different courts can also create a different impact on the human body. This is one of several adjustments Rodrigues, who is from Brazil, had to make before coming back to America. In addition to the variation in courts and training partners, Rodrigues was required to quarantine for two weeks in Mexico prior to returning to America.

“I had to quarantine in Mexico, as we can’t fly straight from Brazil to the U.S.,” Rodrigues said. “I didn’t get to practice as much — maybe three or four days with a Brazilian guy I met [in quarantine].”

March 2020 was the last time both tennis teams competed on the court, and Jan. 29 will be the first time in 10 months they will get to play again. With all the training under their belt, the Bisons are looking to make a statement in their first game back on the courts. The head coach of the tennis teams, David Redding, said the teams are excited for their upcoming matches at the end of the month.

“When we are out on the court, you can tell the energy that is out there and how hard everyone is working because they know that they are going to get a payoff here in a couple of weeks,” Redding said.