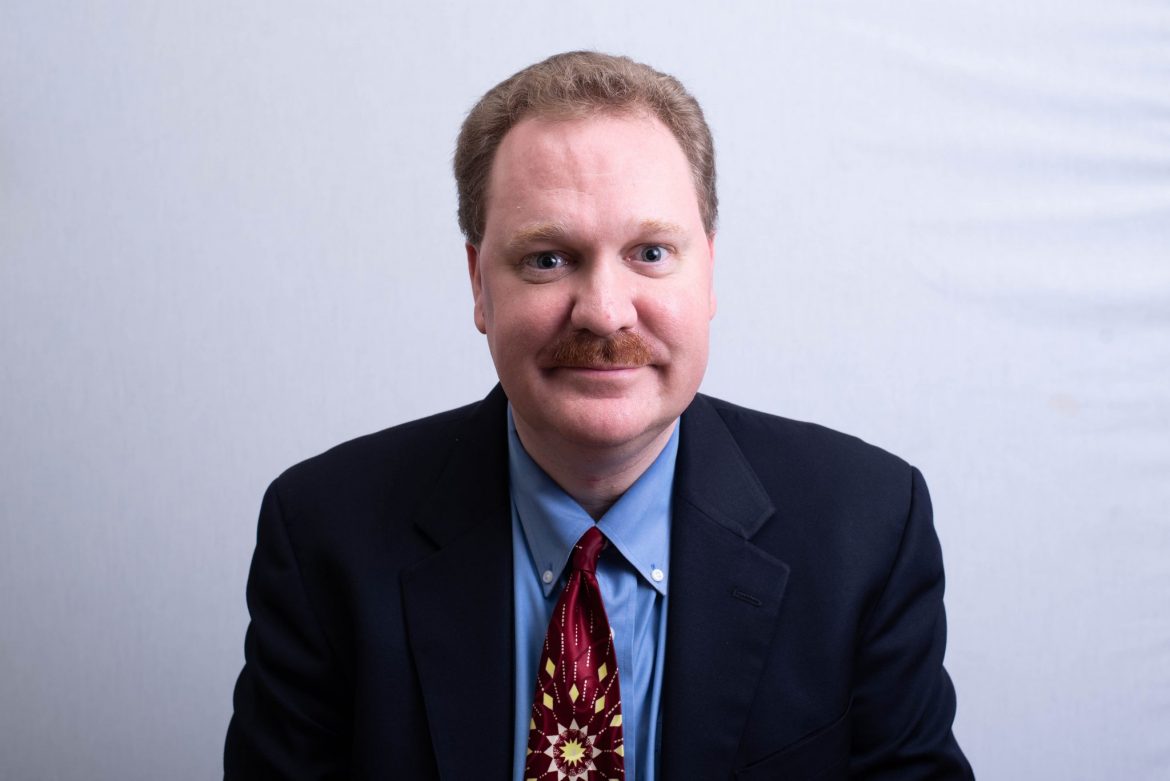 In the 15 years that I’ve written for “The Bison,” I don’t think I’ve ever told you about Buddy. Most families have that person whom everyone refers to as a “character,” and while you might think that I hold that title in our family, I can’t really compare to Buddy. He’s my dad’s cousin and the most persistent man I know.

Let me tell you what he has survived. After cancer surgery, doctors told him he had six months to live. That was 60 years ago. He once cut off part of his finger and took the pain in stride. A bite from a brown recluse spider nearly cost him a leg, but he fought through. Problems with his esophagus limited his eating, but he learned to adjust. He broke his neck at age 79, yet he recovered. Malpractice at a hospital caused more problems, and still he soldiered on.

Even if none of these things had happened, the odds were against Buddy’s long life from the beginning. He was born in 1937 with Cerebral Palsy (CP). While there is no typical lifespan for someone with that condition, old age is not common. Weighing only two-and-a-half pounds at birth, Buddy was placed in a chicken coop with a light on him to keep him warm. Far less was known about CP back then, and virtually no resources were available for therapy.

If Buddy is persistent, he learned it from his mother, who fought for every possible advantage for her disabled son. No doubt her tireless care and advocacy prolonged his life. I wish you could have met my great-aunt Elizabeth. She was a force of nature. Well past the age of 85, she could still be seen out on a riding lawnmower in the yard, much to the alarm of her family.

Buddy suffered from poor vision and could not read, but as an adult he managed to run a small printing business from the garage in his home for 15 years. He also worked at our family printing company answering the phones. He had other careers, including selling cars from his front yard and selling pre-paid funerals, though not necessarily to the same customers.

I mentioned that he was a character. He once went with his brother to the Fox Theatre in Atlanta during a sad movie and released a live chicken into the audience. He often got his brother in trouble. When people would heckle Buddy because of his disability, he’d say, “My brother’s gonna beat you up!”. He helped this same brother sneak out the back door of their home so he could elope with his fiancée.

A friend who owned a funeral home sometimes let Buddy ride around with him in the hearse. Once they had just picked up a body and were driving down the road when the back door flew open, and the body landed in the street. It was hardly funny, but it struck Buddy’s morbid sense of humor. Another time Buddy was watching the embalming process. The body still had some air inside and sat right up on the table. He spoke of it often.

Because he wore leg braces and orthopedic shoes and used a walker to get around, his friends told him not to expect romance in his life. “No woman will have you,” they said. For a long time, he thought they were right, but then he got engaged at 54. He proposed at the Fox Theatre during another sad movie, and when the lights came on, a manager caught the couple kissing on the back row. More trouble at the Fox.

Between his Cerebral Palsy and Linda’s Crohn’s Disease, they often struggled to get around. But as lifelong Christians, they went to church every Sunday for as long as they could. That meant getting up at 4 a.m. to begin the long process of getting dressed and in the car. They also visited nursing homes and responded when friends were in distress. Once an elderly woman they knew called to say she was dying. They rushed over in the snow, only to discover that she had eaten half a pecan pie and had raging indigestion.

When they could no longer travel, they worked the phones, calling to encourage their friends. They shared their faith with anyone they met, from caregivers to the man at the Piggly Wiggly who delivered their groceries each week. During 22 years of marriage, they made sacrifices for each other. Buddy had smoked since he was 12 years old — his father had started at age 8 — but when a doctor told him he shouldn’t smoke around Linda, he quit.

Buddy spent the last 20 years of his life mostly bedridden, in a one-room apartment, aided by caregivers. After Linda died in 2013, he stared at the ceiling day after day, listening to Judge Judy on the one channel that his television picked up. His body was helpless, but his mind and faith still sharp. “I talk to the man upstairs a lot,” he told me.

Buddy talked often about his funeral and could never decide whether he wanted to take up a collection or charge admission. He wanted his good friend, the famous country singer Charlie Pride, to sing at his service, but Charlie passed away in December.

Buddy died last week, one month shy of turning a remarkable 84 years old. If the mantle of “family character” passes to me, I’ve got big shoes to fill.