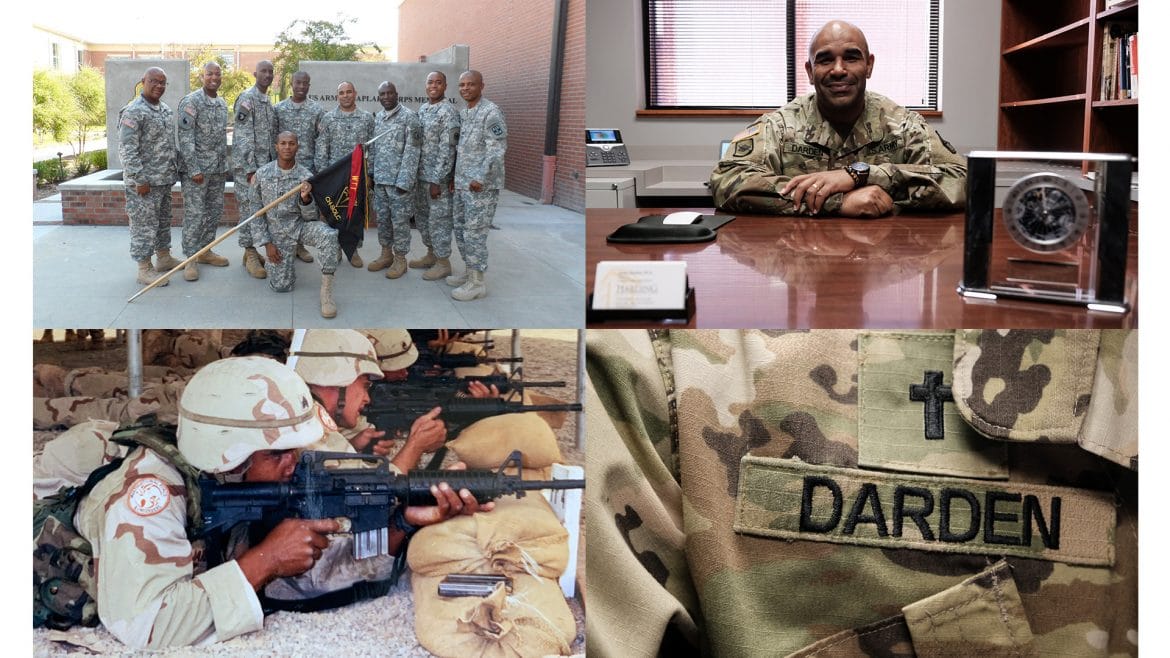 Jason Darden, instructor of Bible and ministry at Harding, has served in the army for 22 years: He joined when he was 17 years old, and currently serves as a major and a chaplain. Darden said Veterans Day — observed on Nov. 11 — is a day of celebration for his family and others around the nation.

“Coming from a military family, it was just something the boys do — join the army,” Darden said.

Darden was called to duty during his time as a student at Harding after 9/11 occurred. He said he was whisked out of college and into war overnight.

Darden said he was sent to the front lines in Egypt on a peacekeeping mission. He was stationed at a watch tower with a gun, monitoring activity around the base. Luckily, he said, no problems arose for him during his time on duty.

Now, Darden spends Veterans Day thinking about the people willing to deny themselves to serve for the betterment of the world.

“For me, a Vet is an ultimate servant,” Darden said. “They do what they do for the sole purpose of the greater good.”

Darden encourages everyone to honor these servants by finding another way to serve the country.

Darden said he has had meetings once a month that consist of briefings and breakout groups over video conferences during the pandemic. While he is not currently serving overseas, he is still active in protecting our nation, and Darden is not the only professor on campus to be honored on this holiday.

“The National Guard was my only route to a college education,” associate professor of history and political science Dr. Shawn Fisher said. “No one in my family had ever gone to college — Uncle Sam was a good choice.”

Fisher served as an infantryman during his time in the Guard. He joined when he was 17 and served for four years. He spent time in Central America preventing the flow of illegal drugs into the country. Fisher then decided to continue his career in education.

During his time in the Guard, Fisher says he learned confidence and determination. He said he now better appreciates first hand the devotion and duty to service from servicemen and women. Most recently, Fisher has assisted two programs on campus: the ROTC and veteran’s program.

“I am humbled to have served my country and grateful to those that protect us each day,” Fisher said.

Senior Everett Smith said he decided to enlist in the Marine Corps. His family has a tradition of serving in the military and thought taking a few years off from school would be beneficial.

“Most veterans aren’t looking for recognition or a trophy,” Smith said. “But I think that people’s recognition of veterans and their service is healthy and allows us as a nation to stay grounded in the fact that, throughout our history, there were men and women who took that oath and signed on the dotted line to serve and defend our freedoms as Americans, no matter the cost.”