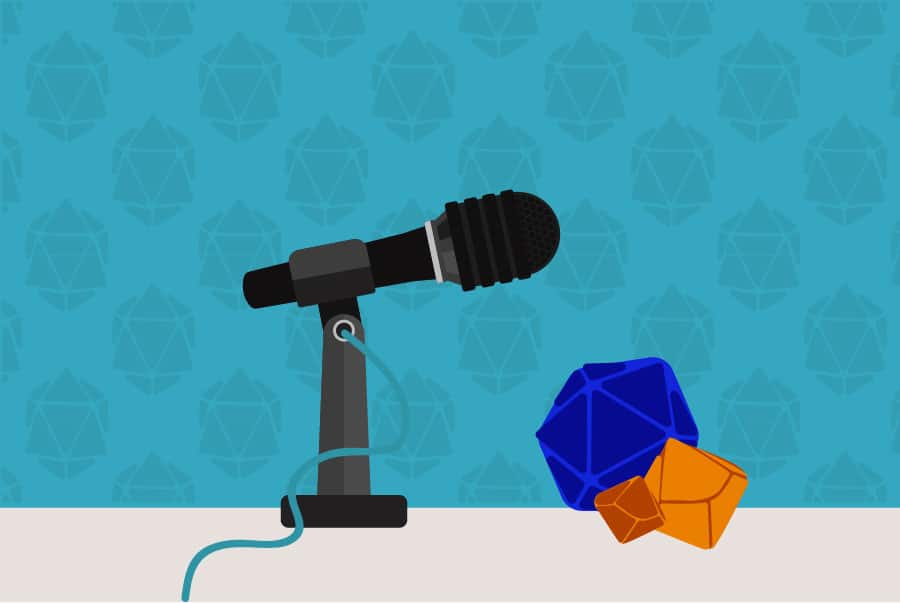 Podcasts and fantasy gaming collided when a group of Harding graduates decided to get together one day and start audio-recording their Dungeons and Dragons (D&D) campaign. The “Basically Good Podcast” is an actual-play podcast that features five Harding alumni — Chance Gowan, Silas Hall, Zach Hailey, Ronnie Clements and Jackson Lake — telling stories through a variety of different role-playing games.

“We played in my parents’ basement around a microphone on a table,” Hall said. “We loved it so much that we decided to do a podcast for real.”

During Gowan’s last semester at Harding, he approached his D&D group — Hall, Clements and Lake — about recording a game for a project he was working on. What started off as a senior project, quickly turned into a way for friends to stay connected by engaging in different games they loved throughout their time at Harding. The group wrapped up the show upon graduation, but after some discussion, they all decided to invest their time into the project further.

“We bought mics, picked up Zach and purchased a new adventure to start our flagship show, the ‘Basically Good Podcast,’” Gowan said.

Though the members of the podcast all live in different states, they continue recording episodes. Outside of telling a story, the group expresses themselves through the characters they play. This allows each player to escape from reality every time they record together. Hailey, who joined the group later on, said he was an avid listener during the early episodes and has been part of the podcast since February.

“The characters each one of us plays take on a persona or pieces of ourselves and even allows us to tackle real life dilemmas and issues in the safety of our fake mystical world,” Hailey said.

As of Nov. 12, the podcast has 256 likes on their Facebook page, 381 followers on Instagram and 1511 on Twitter. Continuous growth on all of these platforms is evident, and the whispers around Harding seem to be growing as well. If a group of basically good guys that tell compelling and entertaining stories is something that intrigues you, be sure to check out the “Basically Good Podcast.”