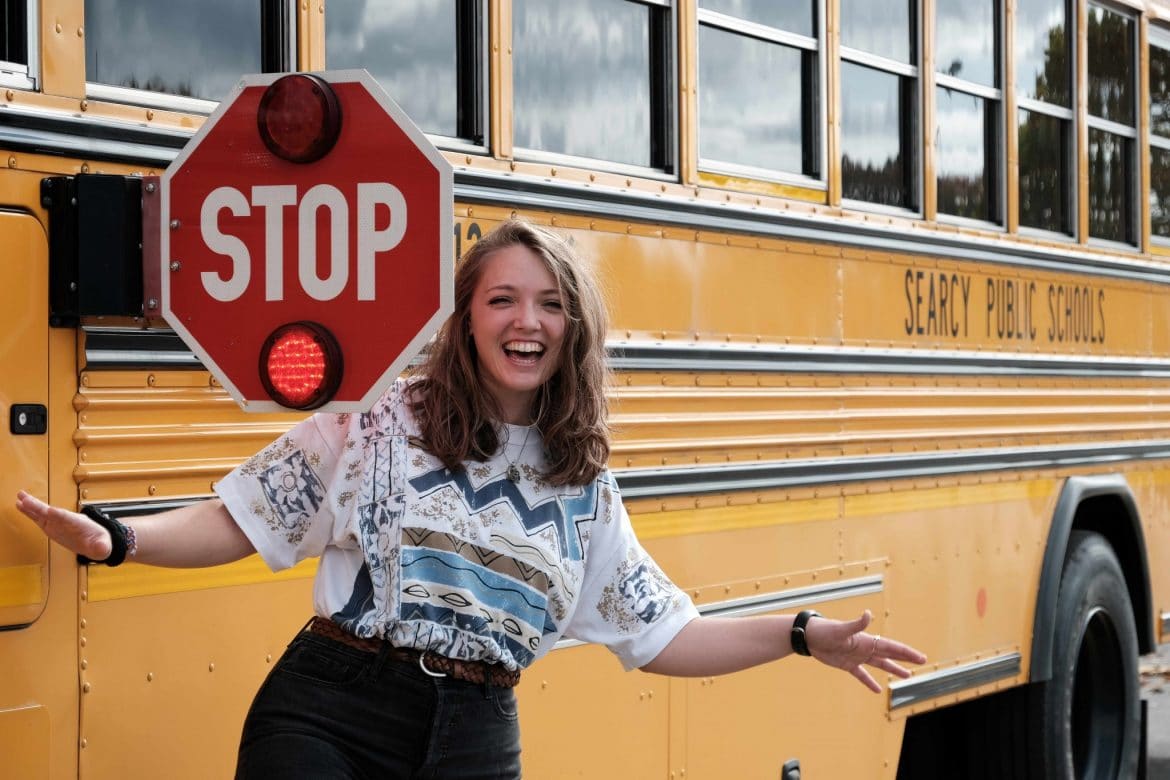 After searching for a side job that would fit around her class schedule, senior Faith Smith recently started working as a bus driver for Searcy Public Schools (SPS).

Smith said that she began looking into the job after her older brother, who drove buses while he went to school at Harding, recommended that she try it out. At first, Smith said she was hesitant about the idea, but after learning more about the pay and flexible schedule, she began the process to become a certified bus driver.

Smith said the process has taken her about two months to complete, and she drove her first official school route on Nov. 5. She drives both morning and afternoon routes and said that the job fits around class schedules well.

“A school bus driver has a very flexible schedule,” Betsy Bailey, school and community coordinator for SPS, said. “A bus driver can drive routes in the morning and afternoon or one or the other. Additionally, we have drivers who drive activity buses during the school day or after school hours. The daily rate starts at about $25 per route.”

SPS is always on the hunt for school bus drivers, and are now more so than ever as new COVID-19 regulations are requiring the district to run more buses. Smith said her least favorite part of the job so far has been having to get onto the kids for getting out of their seats and moving around, as SPS is trying to limit buses to two children a seat to enable easier contact tracing. However, she said her favorite parts have been getting to interact with the younger students, getting out of the Harding bubble and just driving the bus itself.

“Driving the bus is really fun,” Smith said. “I love driving, but I also like working with people I never would have met otherwise. Those people are integral to the community, and the kids are the future. So I’m really thankful that it gives me so much perspective. I definitely think driving is something worth looking into if a Harding student wants to do it and can do it well.”