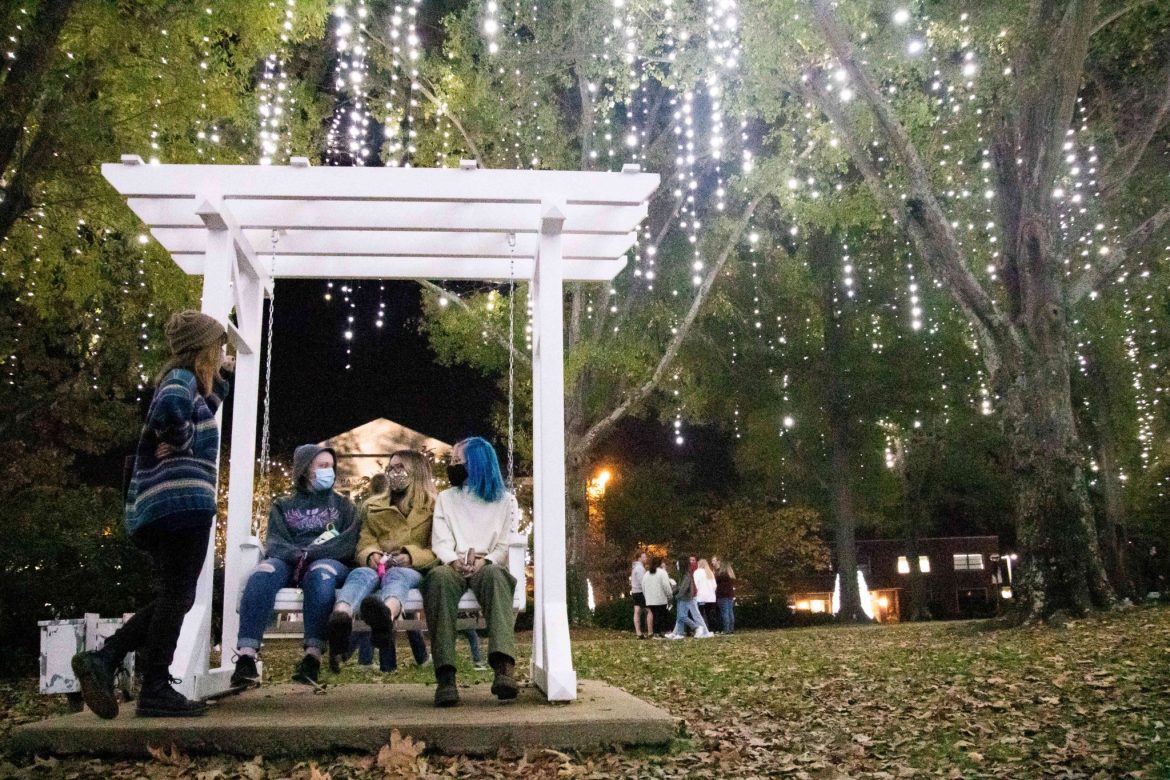 Harding hosted its annual lighting ceremony on Nov. 2, despite the semester of distancing regulations. There were some changes made in order to keep the students on campus safe, while still allowing them to enjoy the lights.

The University Board of Trustees announced last Friday, Oct. 30, that McLarty will retire, effective Nov. 30, making this lighting ceremony the last of his presidency and one of his last official engagements as president. McLarty said that he is incredibly grateful that Harding was able to have the ceremony at all this year.

“I [anticipated] that it [would] still be the same,” McLarty said. “When you turn the lights on … there’s kind of a sense of awe and delight, and the lights just make us feel better. I think they lift our spirits and … in this COVID semester … I think it comes at the perfect time. All of us need a lift, all of us need good news, all of us need something happy to happen, and I’m excited about it.”

Dana McMillion, director of maintenance, said they normally begin putting the lights up the first day after Homecoming, and this year they began putting them up in the beginning of October. McMillion also said there are certain areas of Harding that are normally lit up, but will not be this year. McMillion explained that the lights on the front lawn will be the main focus this year and that because of this — rather than an annual estimate of at least a million lights — the number of lights this year will be closer to about a third of that.

Cindy Hunter, executive assistant to the president, said another new element of this year’s ceremony included live music options.“In the past we’ve just had recorded music … [but] just kinda trying to do a little extra because [of] COVID [this] year,” Hunter said. “[We had] a couple singing groups and then the [CAB (campus activities board) office did] karaoke.”

Kemper said that, overall, she hoped the ceremony brought a brightness to the semester that had been missing.