Home Features ‘Nothing to be sorry about:’ Student reflects on growing up in deaf household 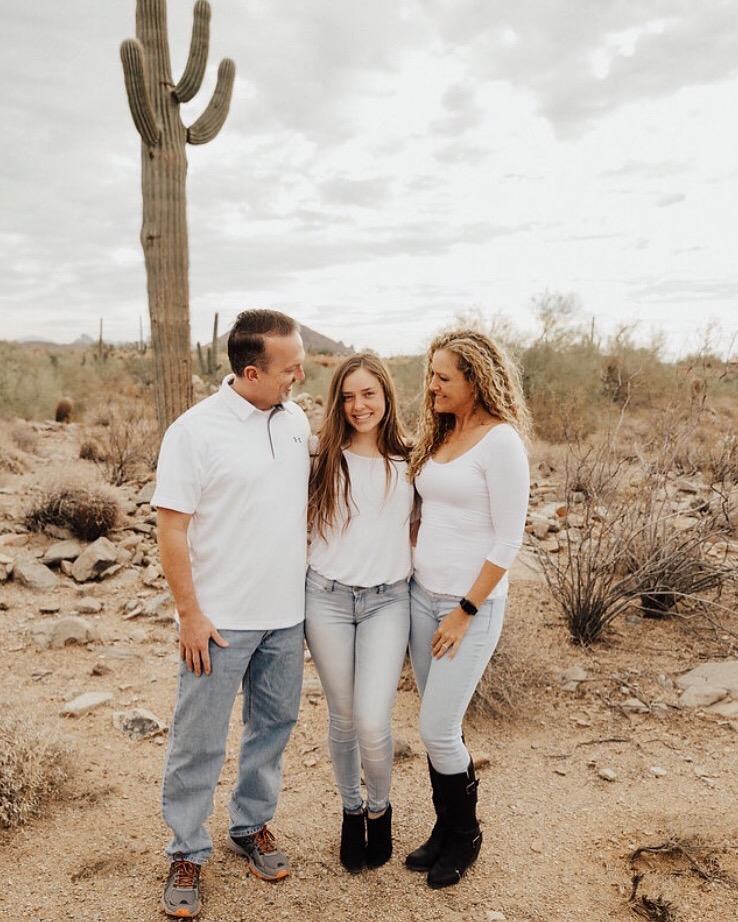 As a young child, junior Alyson Lowenstein was handed a great deal of responsibility. Being a child of two deaf parents, she often served as her parents’ ears and voice.

“I had to answer phone calls, call insurance companies and make doctors’ appointments,” Lowenstein said. “It was a lot of responsibility for a young kid to take on.”

Lowenstein is the youngest of the three hearing kids in her family. Although the responsibility was heavy at times, having two older sisters who had done it before helped lighten the load.

“It was a collective responsibility [between] us three,” Lowenstein said.

Lowenstein’s first language is American Sign Language (ASL), and it is the primary means by which her family communicates.

Along with using ASL, the Lowenstein siblings grew up in a house that had different features to let their parents know if someone was at the door or if a baby was crying in another room — things that hearing people may never have considered as posing a challenge for people who are deaf.

“[My parents] had a shaking bed that would shake when I would cry, and when people ring the doorbell the lights would flicker,” Lowenstein said.

Lowenstein said even when she and her sisters spoke English to each other without their parents being able to hear, they remained respectful in their speech.

“There’s kind of a leniency [because] our parents can’t hear, but we’re still respectful and talk about things we should talk about,” Lowenstein said.

Although members of the deaf community have made strides in being perceived as those who are capable of doing anything a hearing person can, Lowenstein said their deafness is still often looked at as something that needs to be fixed.

“[When] I had to tell my friends that my parents were deaf, [their] first response was, ‘I’m sorry,’ and I would start laughing or ask why,” Lowenstein said. “There’s nothing to be sorry about.”

Junior ASL Club President Makinzie Haught said she was ignorant of a lot of things about the deaf community before taking an ASL class in high school.

“At first I didn’t even know there was a deaf culture,” Haught said. “I just thought there were deaf people and that it was something that could be fixed.”

Since Lowenstein has two deaf parents and was raised in two different cultures with different means of communication, she decided to major in communication science and disorders. She attributes her outlook on life to her experience with deaf culture.

“If I hadn’t had the parents [I have], I probably wouldn’t be in the major that I am and probably wouldn’t see the world the way I do see it or see people’s experiences as so important,” Lowenstein said. “Having deaf parents helped me to have an open mind, and even if I don’t agree with everything, someone does.”

Deafness and deaf culture can seem foreign to the hearing world, but Lowenstein doesn’t want that difference to stop people from communicating with deaf people or scare them into isolating deaf people. ASL student Junior Kayla Stites said she felt the same and encouraged people to learn a little ASL.

“I didn’t think how isolated the deaf community is [until] I took ASL, and by learning a few signs and having the courage to talk to them, makes them feel seen,” Stites said.