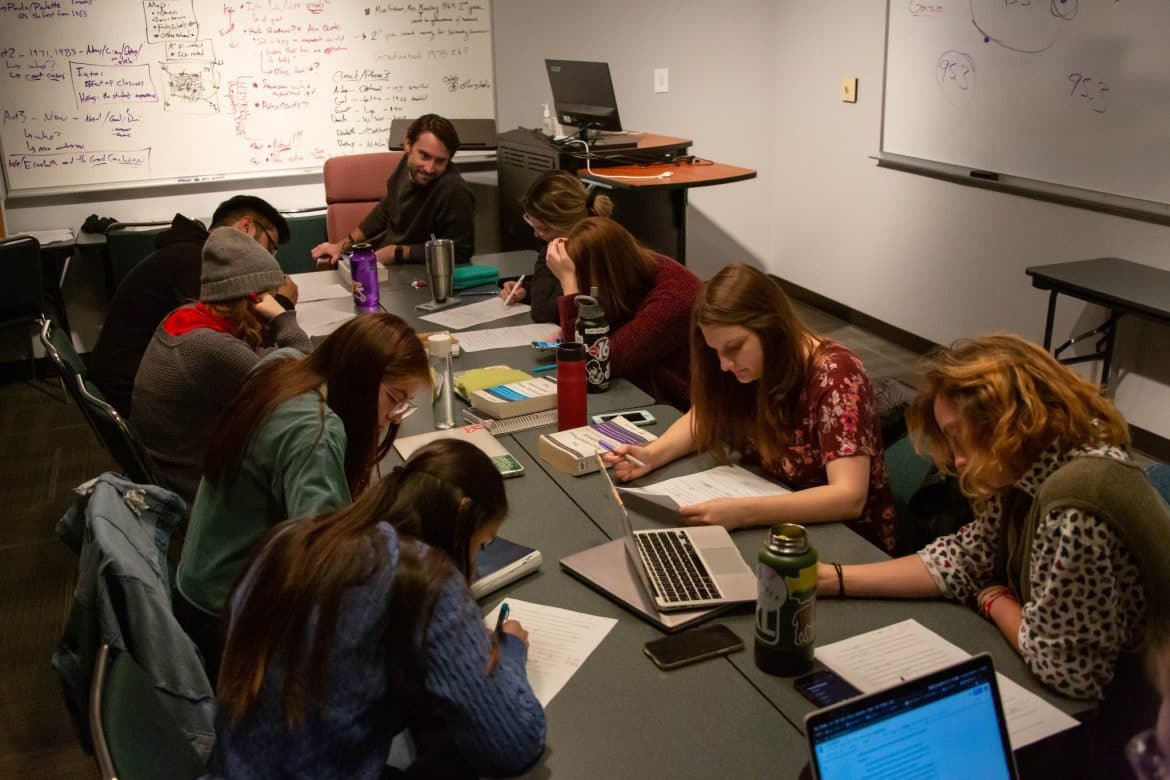 Thanks to the students of communication instructor Noah Darnell’s feature writing journalism class, President Bruce McLarty’s three-year search for the two women who were the first students to integrate into the Little Rock grade school he attended as a child has been completed.

Inspired by Ruby Bridges’ American Studies Institute Distinguished Lecture at Harding in 2017, McLarty became interested in reconnecting with Paula and Paulette Rodgers, who were the first two black students to attend Wilson Elementary. The Rodgers twins were part of Phase 3 of the desegregation of the Little Rock schools; the famous Little Rock Nine were Phase 1.

McLarty visited the Little Rock Board of Education twice to try and find information on his former classmates but had no luck. After sharing his challenge with Darnell, however, McLarty’s luck started to change.

Eager to help out, Darnell asked McLarty to present his story to the feature writing students on the first day of class in fall 2019. The students were tasked with spending the semester trying to find these two women. However, since McLarty’s pitch had limited information, the students had very little to go on. Senior Caleb Manor was a part of this class and recalled that the only information they started with was an old class photo, the year and the name of the school.

In addition to helping McLarty, Darnell found the project to be great practice for aspiring journalists.

“It teaches young journalists all the way across the board how to do really in-depth research in things you can’t just Google,” Darnell said. “What are you going to do? It’s literally a 50-year-old photograph.”

Incredibly, it took the students only three weeks to track both Rodgers sisters down.

“Darnell said at the beginning of the semester that we could spend the entire time searching for them and still come up dry by the end of it,” Manor said. “None of us expected to find them in three weeks.”

The case was cracked by seniors Gael Langdon and Abigail Rezentes when the two went to the Little Rock Public Library to investigate. Finding a school directory, Langdon and Rezentes identified two girls with the same last name, located a parental contact and discovered that the mother still lives in the same house as she did in the 1960s.

Finally, on Feb. 21, McLarty and his wife, Ann, ate dinner with Paulette Rodgers, along with five people from Rodgers’ family. Paula joined via FaceTime.

“It was so much fun to reconnect after all these years,” McLarty said. “It was fascinating to hear her story of growing up in Little Rock during those years when so much was happening in the Civil Rights movement.”

This reunification process has touched the lives of many, including the Harding students who became a part of the story through Darnell’s class.

“We learned a lot about what informational resources are actually available to the public, and I think having the chance to learn that in an academic setting will help us all tremendously in our careers,” Manor said. “I’m grateful I was able to work alongside the excellent journalists in the class, and I would not have changed anything about our team’s composition.”

The feature writing students are working on writing an article that analyzes this reunification story. Not yet published, Darnell said it is an optimistic piece that acknowledges growth in race relations over the years while still recognizing the progress to be made.