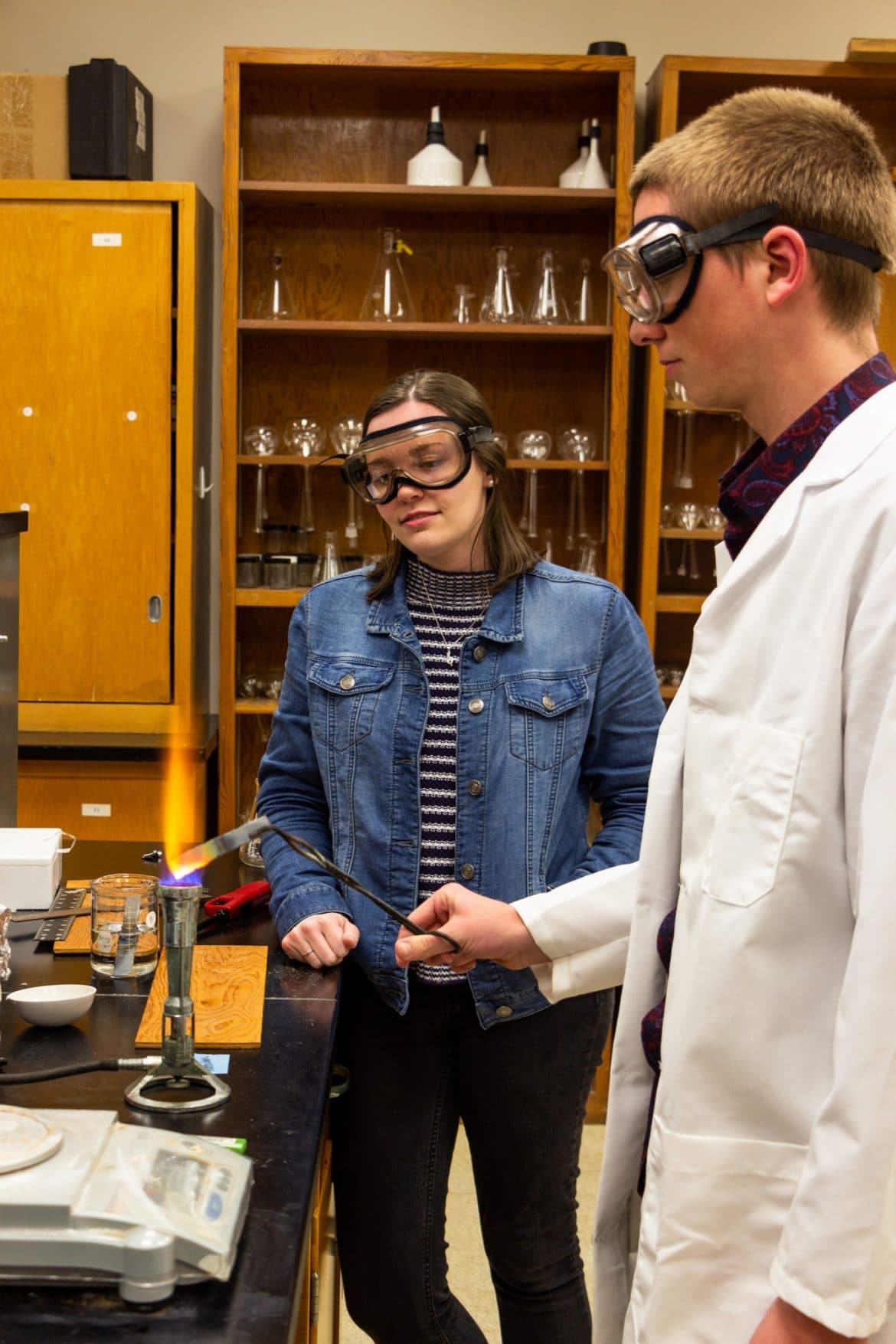 Harding science students saw their hard work and research pay off in a big way when members of a research team were selected to travel to Washington D.C. earlier this year. The students presented their material for six hours in the Capitol while staff members of Congress visited with them about the research, its importance and why it should continue to be funded.

The ISS uses a water filtering system that recycles wastewater such as urine, sweat and any other water particles that are dehumidified from the air, Brandon said. Each and every microscopic drop of water in the station is put through the filtering system and comes out ready to drink.

“Once [the water] gets purified, it’s actually cleaner than the water we drink out of our faucet,” White said.

How can such a system be created to transform bacteria-infested water into water that’s cleaner than what we drink here on Earth? Brandon said though it’s safe to drink, the bacteria that is filtered out gets stuck and builds up in the system and creates biofilms.

Besides the biofilms, another obstacle of the system is the build-up of molecules from deodorants, lotions and shampoos known as DMSD. These molecules are found in the water even after it has been purified. Until a new system is perfected and installed, astronauts continue to drink about 22 parts per million of DMSD, a consistent concentration of the particles no matter what the volume is, Pruitt said.

The team of Harding students researched solutions to eliminate these particles, as well as eliminate the growth of bacteria occurring within the system itself.

The team implemented a process called photocatalysis, which White explained as titanium dioxide and UV light working together to break apart bacteria and prevent it from growing.

“There was a significant decrease [in bacteria] by about 90%,” Pruitt said.

Once a year, a team of SGP Harding students travel to Huntsville, Alabama, to meet with scientists in charge of the ISS water system and give the team ideas to work on until their next meeting. Until 2021, the Harding student and faculty researchers will continue to search for ways to remove DMSD particles and bacteria from the water system.