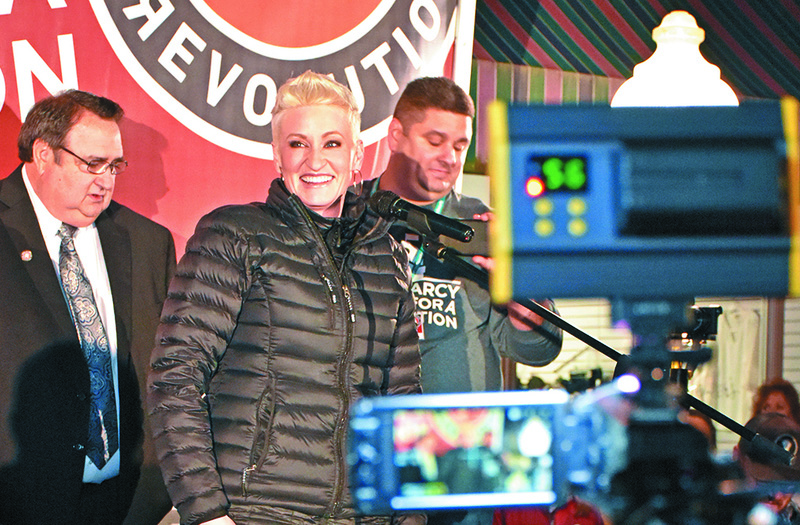 “I remember the beginning of the process, we were like, ‘How crazy would it be if we actually got it,’” said Savor + Sip owner Amelia Braun. ‘We never thought that Searcy would get it in the first place because that in and of itself is crazy, but also that we would get it.”

After the six winning businesses were announced in March 2019, it was off to the races with preparations and big decisions for the owners and staffs. One of the founders and operations manager of Zion, Emily Hudkins, said she was not expecting how difficult it would be to make decisions and how busy her life would become.

“It was hard trying to decide how much we wanted our kids to be exposed to [the process],” Hudkins said. “Then it was hard finding childcare when we were doing it.”

Although the season was only six episodes, the Deluxe team put in more work than TV audiences saw.

“They are still working with us on stuff,” Braun said. “Even though the show is over, they’ve been super helpful. They’ve been helpful with Facebook, marketing, algorithms and stuff like that. They’ve been really accessible, and we can still contact them if we have any questions,” Braun said.

One year after initial announcement, excitement and small business growth are still evident. Braun said there are still projects to come for the “MySearcy Revolution” and this experience has made Searcy a more unified town. Searcy resident and junior Johnathan Nesbitt agreed with Braun and said he sees Harding students contributing to the community.

“I think there is a sense of a kind of an inherent bond formed, especially between Harding students with the voting they did and how invested we were in it,” Nesbitt said. “Almost like people feel adopted into Searcy even though most everyone isn’t from Searcy.”