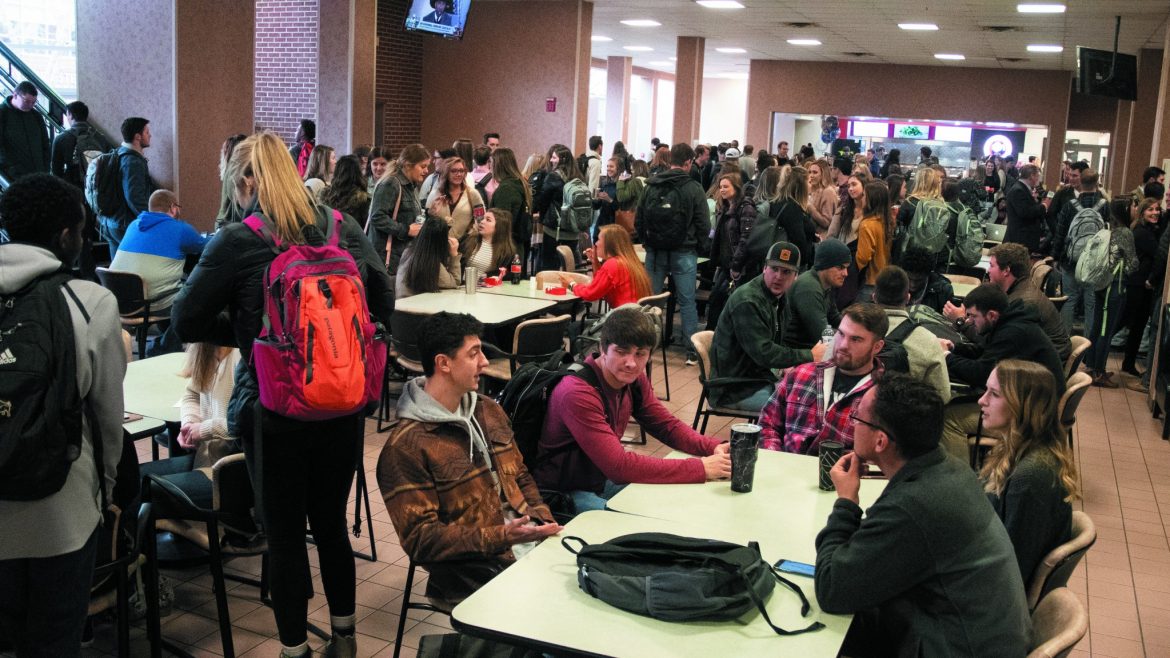 This year, Harding reopened the conversation regarding the school’s culinary needs. After several months of discussion, there are now four food service companies — including Aramark — vying for the chance to feed the Bisons.

Tim Jones, assistant vice president of finance, said conversations began in the fall surrounding food services at Harding. According to Jones, Harding has used Aramark as the food service provider for over 30 years. A committee comprised of staff, faculty and three students led the charge in searching for the best fit for Harding.  Jones said since discussions have continued with the potential vendors, he has found assurance that the outcome is going to be a great one for Harding, no matter what happens with the decision.

“I say this with confidence that we’ll have a great food service provider, whoever it is,” Jones said. “I think you’ll continue to see changes, whoever it is.”

As of January, four vendors – Aramark, Sodexo, Chartwells Food Service and Aladdin Foods  –  remain in the running. These companies sat with approximately 50 students in four focus groups Jan. 16 to hear what they would like to see from Harding’s food service provider. The four vendors will make a final presentation of their services to the committee Feb. 20-21 before a choice is made.

Jones said an official decision to either continue with Aramark or sign with a new company will come in March. Aramark will continue providing services no matter the outcome until the fiscal year ends June 30, at which time they will either continue doing so or officially pass the torch to one of the other three providers to begin July 1.

Jones said there were several requirements in order for a company to be considered. He said one such non-negotiable item stood out and may have contributed to several contenders dropping out in the early stages of the search process.

“For all [current] non-management employees, you have to offer a job,” Jones said. “You have to match the benefits and recognize the years of service.”

Junior Heather King participated in one of the focus groups in January. She said she believes Aramark has received a lot of student criticism recently, and she thinks these other options might provide what students have been asking for.

“These other food service providers work with other universities that are more technologically advanced than Harding is,” King said. “They offer mobile ordering from restaurants on campus with delivery to your dorm or the library or wherever you’re at.”

From what she heard in focus group conversations, King said other service providers want to implement more ideas that students have suggested, such as bringing a different chain restaurant to the Student Center. Other ideas included ordering food from a mobile app to avoid the cafeteria’s long lines.

Junior Briley Saunders, Student Association (SA) junior representative and head of the SA food committee, said she has noticed positive changes implemented by Aramark recently, including more food choices and extended hours in the cafeteria. She also said she is ensuring student voices and opinions are being heard by Aramark officials.

“I think Aramark has really stepped it up this year and is moving in the right direction,” Saunders said. “I think there’s always room for improvement, and I’m excited to continue working with them this semester to make the campus dining experience more enjoyable.”

Jones said an official decision will be made March 27 at the latest regarding Harding’s food service provider.