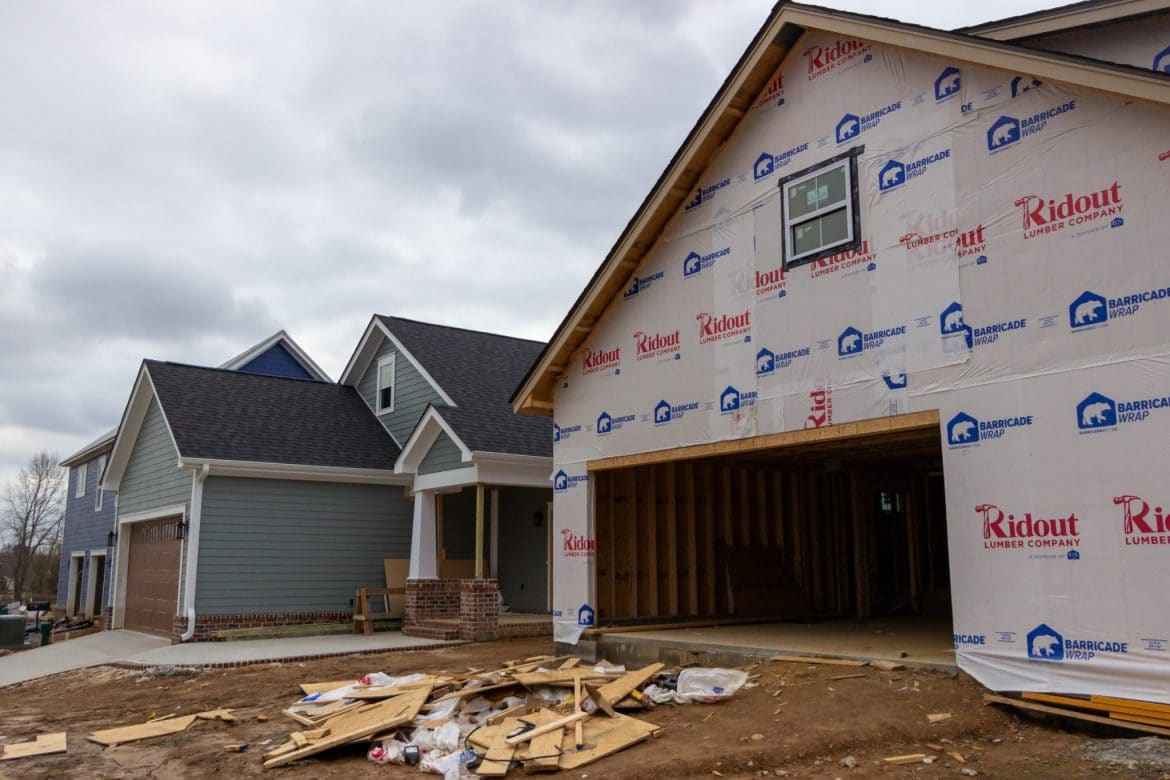 Harding’s Legacy Park entered the final stages of construction almost six years after it began in 2012.

Legacy is wrapping up phase 5A and is set to start construction on phase 5B in the coming weeks. Phase 5A consists of nine homes facing a green space, seven of which are under construction now. South of 5A will be phase 5B, with eight houses on a circle drive.

The new additions to Legacy are intended for faculty, staff and alumni. The lots have already been sold, so all that awaits is construction.

In addition, phase 6 is also underway. Chancellor David Burks, who oversees the Legacy expansion, said phase 6 represents the area where the condominiums are being built and that it has always been part of the overall plan for Legacy Park. Burks said phase 6 will consist of 12 condominiums made up of two-story buildings with six condos on the first floor and six on the second.

The condominiums have been pre-sold and will mostly be utilized by parents of students at Harding. It is intended for their convenience when they visit.

“The entire idea has always been to have a really nice, friendly, walkable community,” Burks said. “It’s to be a community where people simply enjoy the benefits of the University.”

Assistant professor and director of the MBA program David Kee and his wife, Paige Kee, were among the first to live in Legacy.

“The people that live there with us are all super Harding-loyal people,” David Kee said. “We have so much in common; it is like a ‘Truman Show’ kind of world.”

As Legacy nears its final stages, David Kee said he looks forward to less construction, more kids around and common grass areas for everyone to come together.

Seniors Charlie and Emily Collins recently moved into the Legacy apartments available to married students. Emily said she is grateful to have her own space in a place that actually feels like home.

“I finally feel like I’m in a place more like a home and not just a dorm room,” Emily said. “Not having dorm furniture, having a little more space — it just feels more like home.”

Burks said there is a lot of construction still to come, but he estimated Legacy will be completed in about three years.

Burks said a restaurant on the Legacy property is set to start construction soon. It will sit on the corner of Woodruff and Jimmy Carr. Burks said he was not ready to release the name of the restaurant, but that he believes it will make it possible for the community to be more self-contained.

“It is for Legacy Park, Harding students and for the community,” Burks said. “It will be a nice addition.”

David Kee said he plans for his house in Legacy to be his forever home. He said if the day ever comes, retiring in this community would be fantastic.

“The involvement of very Harding-loyal people with students and neighbors and the community of Harding is really unique,” David Kee said.