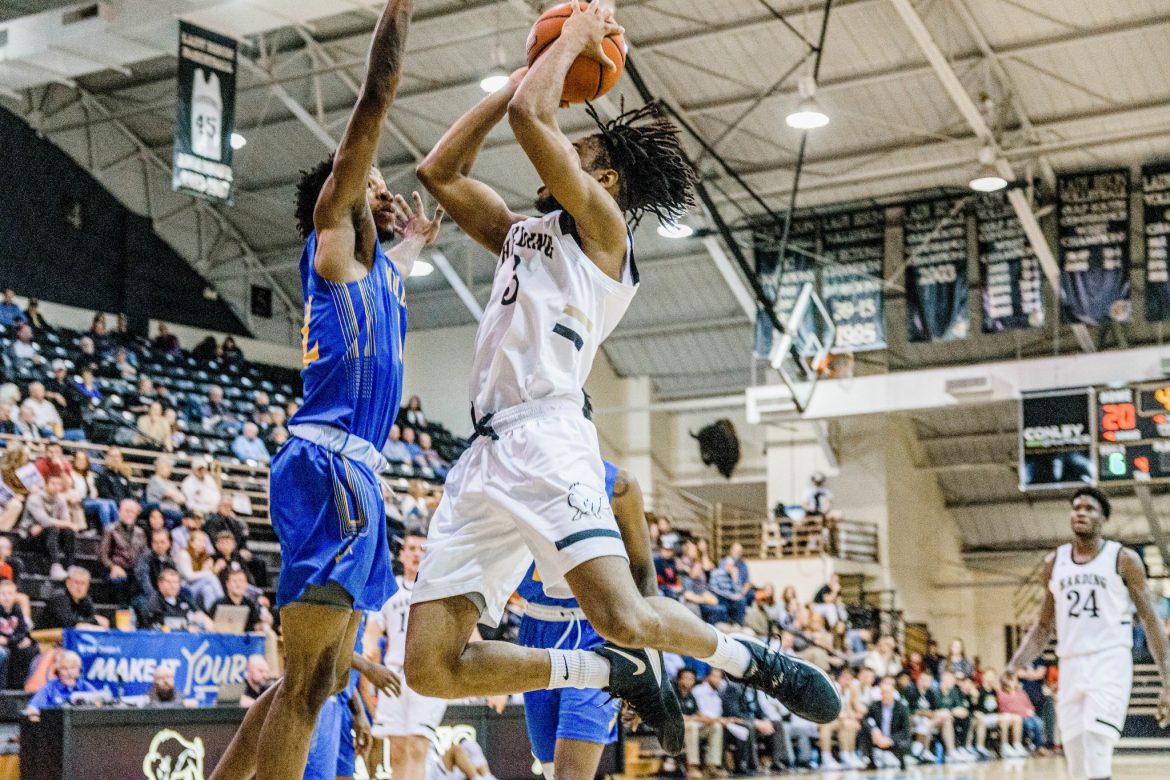 The Bisons finished the first half of the season with seven wins and 10 losses. They finally found their seventh win against Northwestern Oklahoma Jan. 24,  after suffering six games without a win. Despite the feelings that accompany a winning drought, one player found success in his individual performance.

A junior transfer student from Northern Oklahoma College-Enid, Romio Harvey made his mark this season by putting up 37 points against Arkansas Tech Jan. 17, scoring 43% of the team’s points. That was the third time this season Harvey scored over 30 points in a game.

From the moment he arrived at Harding, Harvey’s teammates loved him.

“He has been a brother figure to me,” junior forward Joel Polius said. “When he first got here, he easily connected through basketball camps and playing with him in the court. From my point of view, he is a leader, and he is very competitive.”

Men’s head basketball coach Jeff Morgan said he has been impressed by Harvey since he arrived, especially because of his attitude on the court.

“He brings great energy and enthusiasm for the game and practice,” Morgan said. “He’s not afraid to work; he wants to work. The spirit of which he works is contagious and makes a big difference every single day in practice. The energy level which you see him play — we see it every day.”

“Harvey did not boast for scoring 37 points in a game,” Polius said. “And he is not the type to ever do that.”

Morgan and Polius both agreed Harvey is valued for qualities on and off the court.

“To be honest, it did not feel like I scored that many points in that game,” Harvey said. “I got into a flow. I think the key to being a great scorer in basketball is not to focus on scoring. If you play hard and try to do all you can do compete, good things usually happen. Just let it flow.”

Harvey said he has found Harding to be a fantastic place. He also noted his love for the fans.

“My favorite part about playing at Harding is the fans. They stick with us no matter what,” Harvey said.

‘Focused on bringing their best’