‘Focused on bringing their best’ 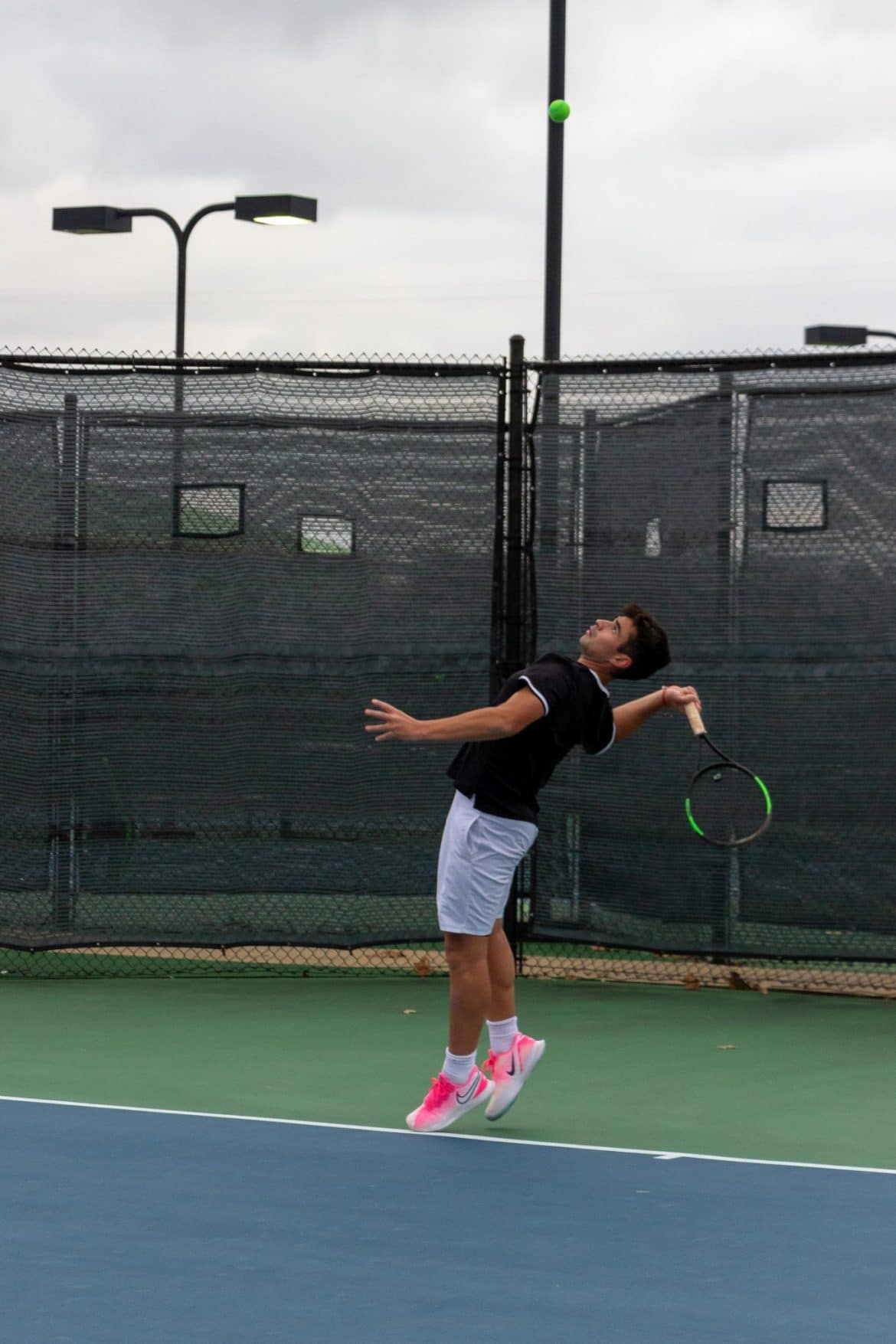 “Because of our success last year, we feel we can build on it this year,” Redding said. “Each player is focused on bringing out their best.” | Photo by Ryann Heim

The men’s and women’s tennis teams have a positive outlook on their upcoming season as they’ve been preparing during the off-season for their first spring match. Head tennis coach David Redding said he eagerly awaits the season’s start and anticipates an exciting journey.

“Because of our success last year, we feel we can build on it this year,” Redding said. “Each player is focused on bringing out their best.”

The teams are confident that they have what it takes to make and even win conference this year. Sophomore Matthew Mihalko voiced why the team has confidence.

Both teams are ready for their hours of practice to pay off as they face their toughest opponents of the season Jan. 31. They plan to grow stronger and gain control of each match when they’re in the position to win them.

This season the teams hope to grow closer to achieve the desired goal of a successful season. Some players have said that the team is already achieving that desired togetherness.

Sophomore tennis player Allison Jenkins said she believes that this is one of the teams’ strengths.

Both team’s opening matches of the spring season begin in Texas this weekend. They will play Dallas Baptist University and Collin College in Plano today. Both will play Midwestern State in Wichita Falls Saturday, and the women will play Angelo State (12) in San Angelo Sunday. Both men’s and women’s first home matches will be Friday, Feb. 21, versus Blue Mountain College.