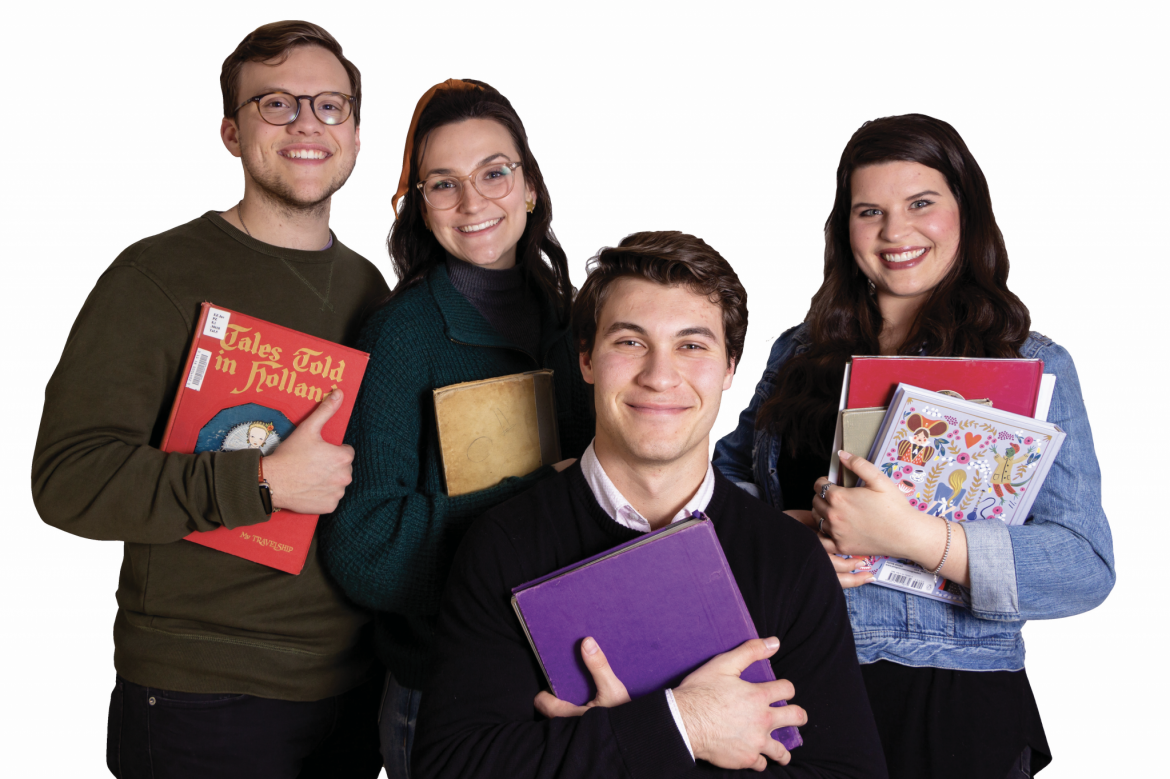 Once upon a time, four Spring Sing hosts and hostesses returned to the Benson stage for another round of singing, dancing and storytelling.

This April, audience members will welcome back Ava Galyean, Max Ross, Holden Montgomery and Julie Goddard. All four hosts have experienced the Spring Sing stage in years past, but this is the first year all four will host together.

Instead of playing characters, as is tradition, Montgomery said this year’s hosts and hostesses have the unique opportunity to build a show around themselves, showcasing their own stories to thousands of people. All four hosts and hostesses said that they have gained a sense of family through the Spring Sing process.

“I feel a sense of belonging and leadership whereas before it was learning on the job,” Goddard said.

Galyean said she, too, feels more prepared to return to the stage.

“I know exactly what to expect, and I know my role better because I’ve done it before, so I’m just feeling more prepared,” Galyean said.

Galyean, Ross, Montgomery and Goddard will host Spring Sing 2020: Once Upon a Time April 9-11 in the Benson Auditorium. Tickets will be available beginning in February at www.hardingtickets.com.

Ava Galyean, senior public relations major, will return to Spring Sing for her fourth year, this being her second year as hostess. During her freshman and junior years at Harding, Galyean was a member of the ensemble cast; she hosted as a sophomore. Galyean has followed in the footsteps of her mother, who also hosted Spring Sing her sophomore and senior years at Harding. Though this year’s Spring Sing theme is Once Upon a Time, Galyean said that the show will be more than just fairy tales.
“We are focusing a lot on storytelling, but there’s still a lot of magic and wonder.”

Max Ross, junior integrated marketing communications and theatre double major, said he is looking forward to another exhilarating performance as this year’s only third-time host.
“After we sing ‘United We Stand,’ and we are just standing there, it’s like this euphoric feeling of being.”

Holden Montgomery, junior communication studies major, will walk onto the stage for his third year performing in Spring Sing, and his second year hosting. Montgomery said he feels a certain ease coming into this year’s Spring Sing show.
“Last year, I was shaking in my boots during the audition. It was so scary. But this year it was a more relaxed, and I knew what I was doing.”