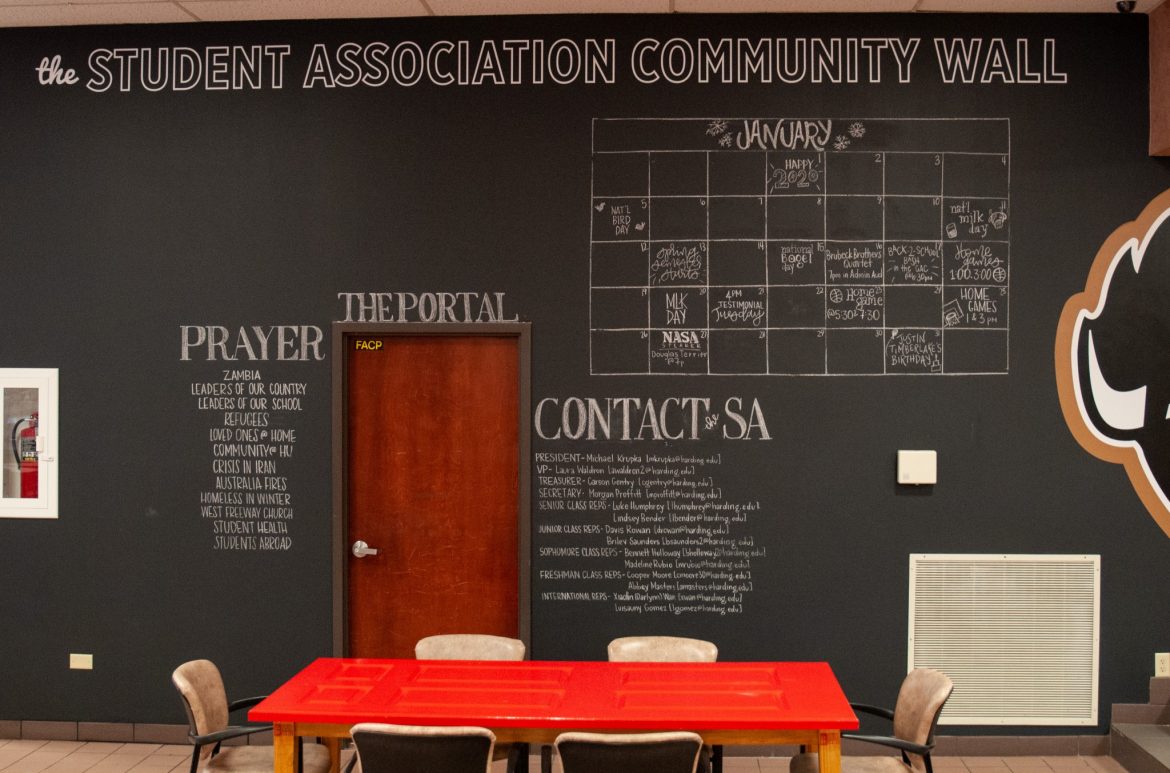 A wall in the student center was repurposed by the Student Association (SA) over Christmas break as the SA community wall.

The purpose of the wall is “to serve as a communication hub for the entire student body, as well as everybody else on campus such as staff and administration,” SA President Michael Krupka said.

Directly in the path of students walking from chapel to Einstein Bros. Bagels, this wall is one of the most visible spots on campus according to Krupka.

The community wall has undergone many improvements and additions since its inception. In past years, the wall functioned as a wall specifically for social clubs. Cubbies for each social club once filled up with flyers of upcoming events and other information.

In the middle of the wall is a door titled “the portal.” The idea of the portal is to transport students via QR codes. With a quick scan using a phone or tablet, students are sent to a link containing surveys, PSAs or a funny video.

“We combine this opportunity for communication with also something that is interactive and fun,” Krupka said.

“I would like to see people interact with the prayer wall,” Rowan said.

On the chalk calendar in the top right corner, the student life committee will place both campus and community events, resulting in an event list ranging from Harding basketball and Beats & Eats to national holidays and celebrity birthdays. If a student is interested in adding an event to the calendar, they may contact the SA; however, the events submitted must be applicable to the student body as a whole.

In 2019, Krupka included the idea for a community wall in his speech to the student body when running for SA President. The idea underwent a brainstorming process and is now a reality.

“I’m hoping that the next student association does with it what they want and also what they dream with it,” Krupka said.