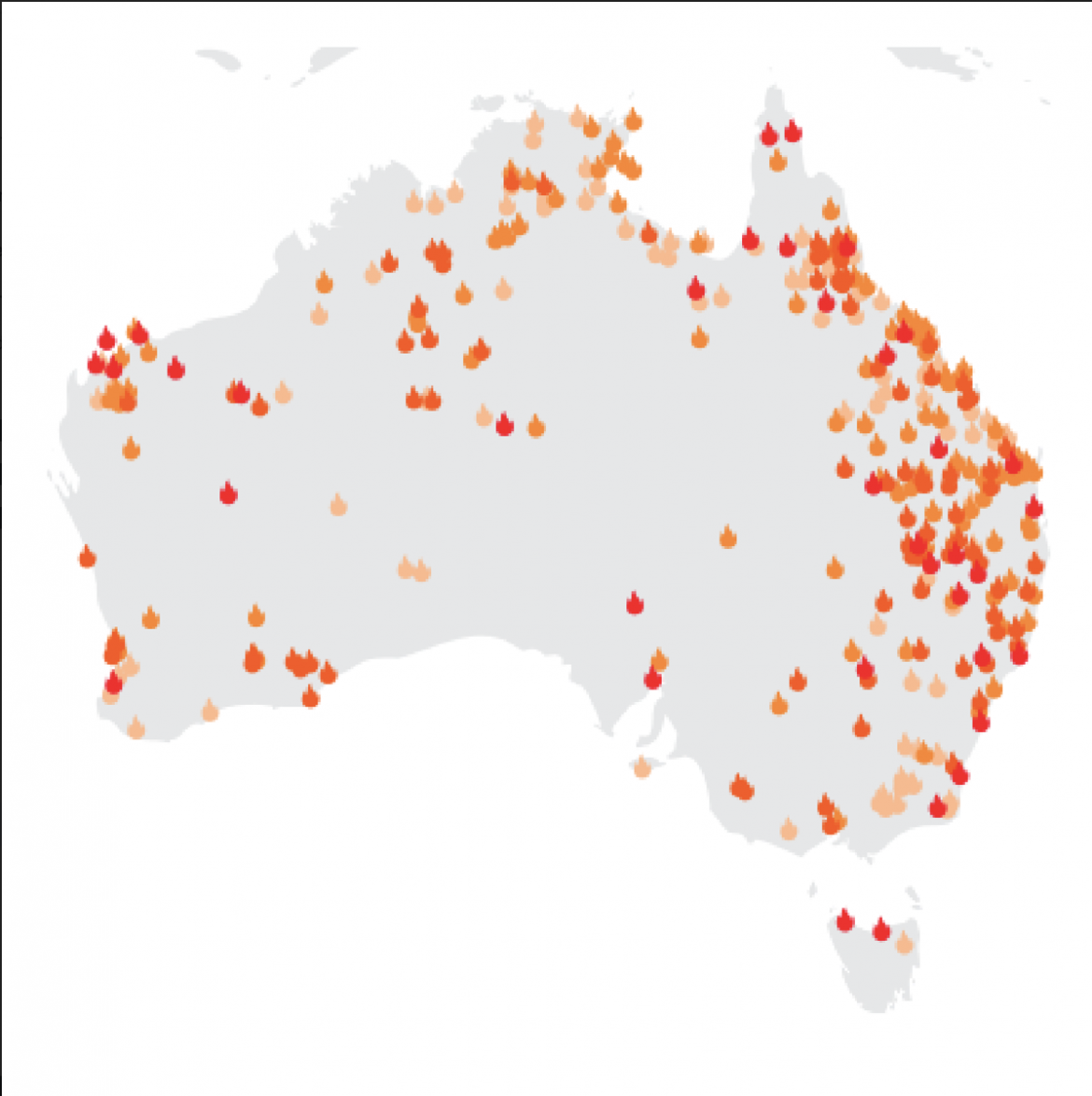 The Australian bushfires that impacted the states of Victoria and New South Wales did not affect the Harding University Australia program that visited in fall 2019. The HUA students visited Sydney, Brisbane and Cairns from November to October while the bushfires remained in the countryside. Before air quality became a concern to travel advisories, the HUA students had already left the country. Audra Pleasant, executive director of international programs, said the HUA group visited Australia before the bushfires became more prevalent in December.

“By the time the fires really had started to have a big impact, there was no one from Harding there,” Pleasant said.

Emma Rose Hill, a sophomore mechanical engineering major who attended HUA fall 2019, said she was sad to see the fire damage in photos but did not experience the fires firsthand. It was strange to see news photos of Bondi Beach covered in smoke, Hill said, after being there on a clear day with blue skies.

“While we were in Sydney, there was some haze and smoke in Sydney,” Hill said. “One of the days we were taking a tour, you could tell that it wasn’t like a bright blue sky, and they said it was from the fires, but we really didn’t think of anything.”

Michael Nicodemus, associate professor of biology, said smaller fires were a normal part of ecosystems but fires of this magnitude would make recovery of species and environment take several years. One of the biggest concerns was endemic species being killed, Nicodemus said, and pushed to extinction by the fires.

Reet Cronk, an Australian business professor that moved to Searcy, Arkansas, said the threat to wildlife was one of the more upsetting impacts of the fire. Her husband, Keith Cronk, a fellow Australian and associate professor, said maps of the fire on social media inaccurately showed fires in the desert where nothing was burning and made it seem like the entire place was on fire. Keith Cronk said the New South Wales Rural Fire Service provided more accurate visuals about the locations and extent of the wildfires. Reet Cronk said while more extensive than Australia’s previous wildfires, there has been misinformation regarding the bushfire locations.

“It was definitely exaggerated,” Reet Cronk said. “But having said that, the areas that have been burned is more extensive than what we have seen before.”

Pleasant said the bushfire damage would likely not affect HUA’s next trip in fall 2020. The program visited tourist-focused locations away from the rural areas affected by the fires. Though monitoring air quality and safety conditions, Pleasant said it would unlikely pose a problem by the time the next HUA group arrived.