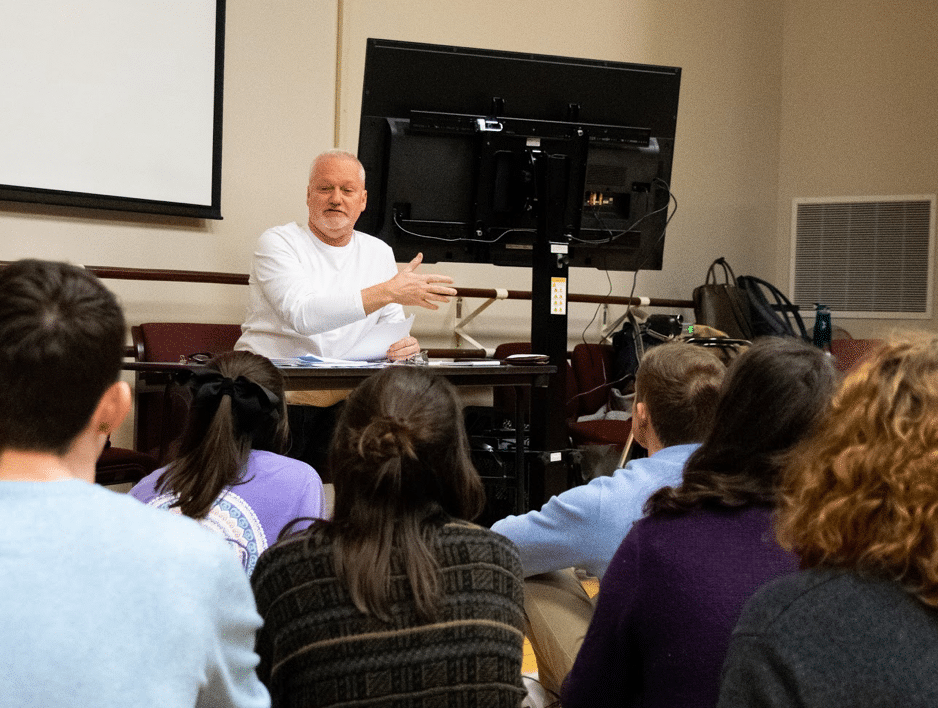 As a screenwriter and filmmaker, Aaron said he is excited to be back at Harding to teach. Aaron said his approach to teaching these two advanced classes is less about the basics and more about refining student instincts.

“Formats are the easy part,” Aaron said. “ I want you to write a story that I care about reading. Format I can teach you in 15 minutes, it’s now about, ‘Will I turn the next page, ‘yes or no.’”

“He’s taking it seriously, so it inspires the students to take it seriously,” Thompson said. “I just love the fact that I’m getting to learn from someone who’s actually done this.”

On top of teaching, Aaron has another big project planned his time at Harding. With the script already written by Aaron himself, he, along with other faculty and administration, is working on creating a feature film for the school.

Aaron said the idea came from seeing students from top film schools create short films on their own rather than working alongside professionals.

“What they do, what they all do, is they have students make short films, to which I’m like, “Why are you having students who don’t know how to make films on their own making short films,” Aaron said. “Why don’t you make a feature film, with professional people, and have them come work with us and learn?”

Aaron said he hopes to start pre-production on the film later this semester and film during the summer. He encouraged any student who would like to be involved to participate. He said he believes it should be a film for the students by the students, and he hopes this could become a yearly project.

“I want it to evolve into a very student-centric thing where the teachers are the overseers and not the creators,” Aaron said.

On top of the teaching benefits of having an artist in residence, Bane said he believes that having students work on an actual, tangible production such as a feature film is extremely worthwhile.

“To actually go on set and make a feature film, that’s the ultimate practice,” Bane said.