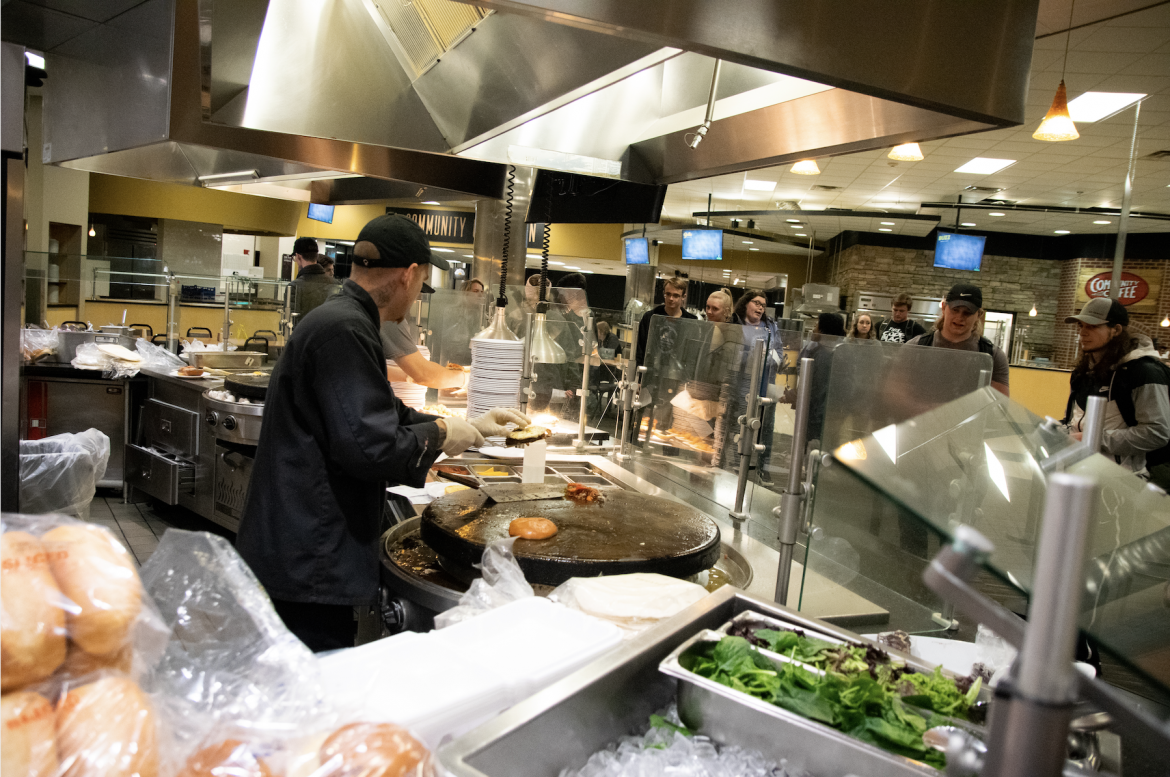 It felt weird to walk into the caf so late at night. It felt unnatural to even consider it as an option for dinner when I would normally head straight to Panda Express or Chick-fil-A and drain my DCB before midterms. But when I walked through the doors, I could swipe in just like normal. If you don’t have a meal plan, you can pay $8 for entrance.

Instead of reaching for a to-go box or scoping out the shortest line, I immediately received a menu, which included options ranging from omelettes and burgers to deli sandwiches and cheesesteaks with a wide variety of toppings available. I was able to personalize my menu by checking off different options on the ticket and then hand it to the cooks who made it right in front of me on the grill.

I ordered a quesadilla and was able to pick it up within two minutes, but others have said it has taken around 20 minutes during busy times because of the overload of personalized orders. This could be seen as a downfall to the experience, but the food was all made to order, so it should be expected to take a bit longer than the normal buffet style. Some students have been spotted lining up before the caf opens to make sure they could order their food first and avoid the wait times. I thought the quality of food and accessibility of the time range made it worth any wait.

During Late Night Cuisine, the only portion of the cafeteria open was the grill and sandwich areas. Surprisingly, there were not a lot of people there when I went. Those factors both resulted in the caf feeling like a totally different place than it is at noon on a weekday. It was a good place to eat and do homework; it was quiet enough to focus, but not eerie.

Late Night Cuisine made the caf more accessible to athletes getting out of practice, students taking night classes and people prone to forget to eat until 8:30 p.m. I gathered the change will be useful to Harding students who are just trying to use their meal plans effectively. While this might mean fewer Sonic trips or Student Center dinners, the caf’s late night hours provided great food and will perform great service to campus.