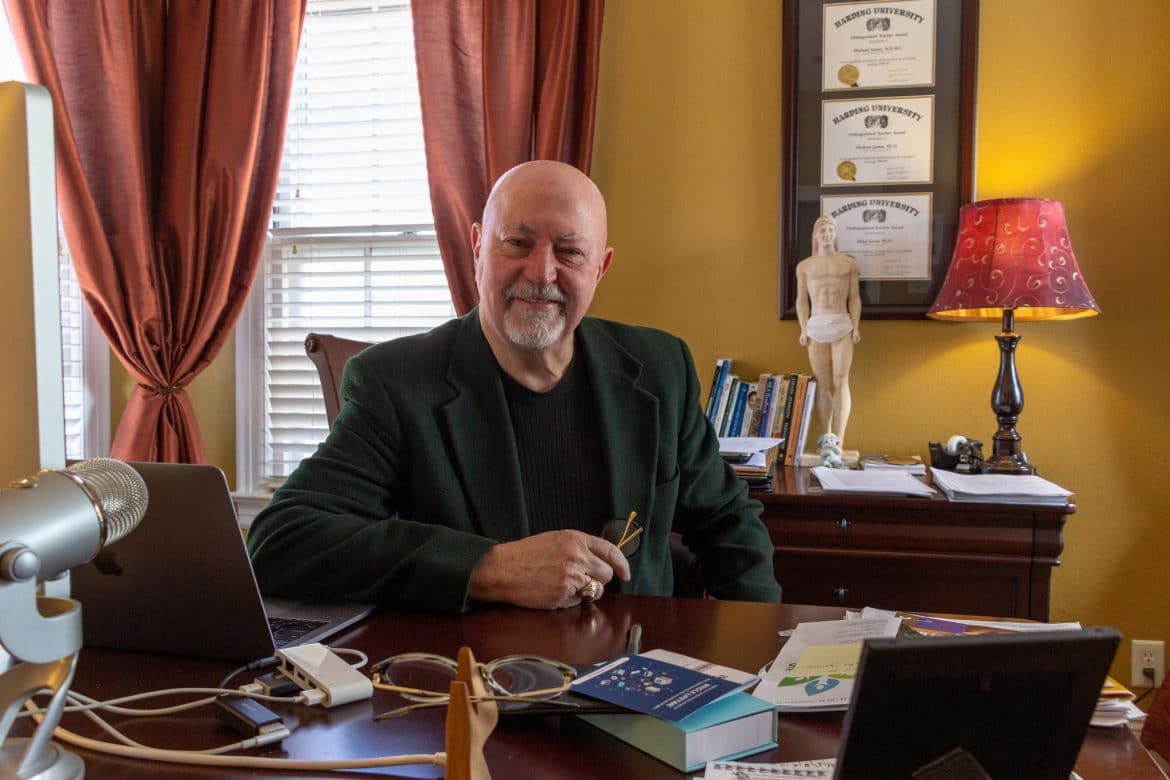 After 47 years at Harding, Dr. Mike James, dean of the Honors College, announced his retirement planned for August.

James began his time at Harding in 1973 in the public relations office. In 2008, he was named the first dean of the College of Communication. He served as director of the Harding University in Greece (HUG) program from 2010 to 2014, when he began his current role as dean of the Honors College.

The thought of retirement was uncomfortable to James at first. He said he is a worker first and did not want to give up his involvement with Harding. But, when he realized he would still get to do what he loves and expand on it, he warmed up to the idea.

“There is a lot of good things coming about,” James said. “My wife and I are going to do a lot of traveling. We still have friends in Germany and Greece and in Australia that we want to go back and see and visit.”

Along with traveling, James said he is looking forward to playing golf and enjoying the free time that accompanies retirement.  The concept of mandatory is all he has ever known, whether in school, the military or work. He said he now looks ahead to the newfound freedom.

“If I want to, I can get up and go out and put the top down on the car and just drive for a while,” James said. “I’m looking forward to the non-mandatory life.”

Although there is a lot to look forward to, James said he will miss his association with students above all else. He said they keep him young.

“I get invigorated when I go to class,” James said. “The best part of my day is in the classroom, and I get excited before I go.”

James said he attempted to bring life into the classroom, and create a space for students to feel loved and learn. He said it takes him around 15 minutes to unwind after class because he gets so hyper.

Freshman Alaina Abbott echoed the response of many students who had James as a professor. She emphasized how well James models Christ and how she desires to imitate that quality.

“I learned from Dr. James that people are always watching you,” Abbott said. “Whether that be a good thing or a bad thing, people are always checking up on you and making sure you are holding yourself in a way that Christ would want you to hold yourself.”

Abbott said she was thankful that her teacher would care for her education, but also for her personally.

Senior Braden Hammitt is president of men’s social club Chi Sigma Alpha, of which Dr. James has been a sponsor during his recent years at Harding.

“He almost feels more like our dad than our sponsor,” Hammitt said. “Dr. James and his wife always invite us to come hang out at their house and eat soup, and it’s always a fun time. I always walk away from Dr. James with a smile.”

As James prepares to head off to new horizons, he offered his best to Harding and his successor.

“The faculty here is good, and I just want Harding University to succeed,” James said. “That’s all I want.”