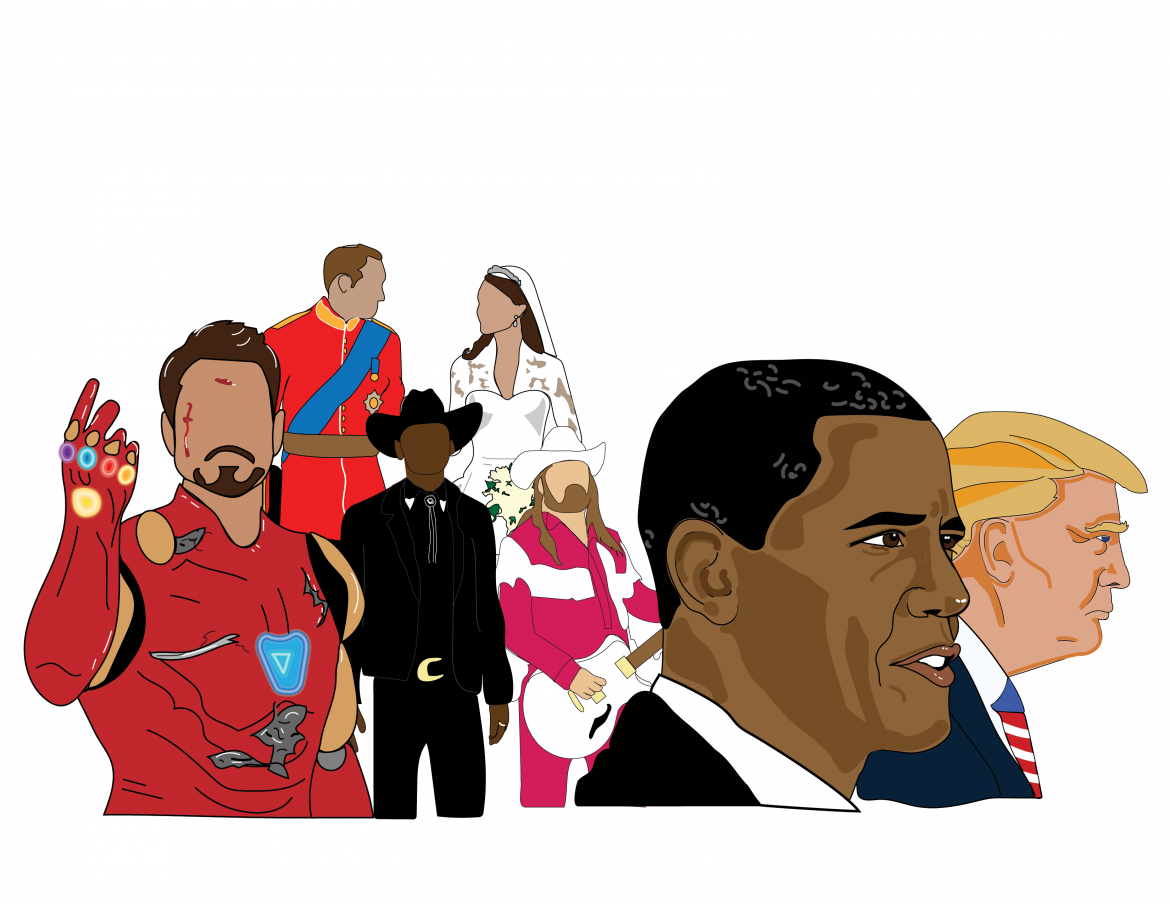 Over the last decade, pop culture trends have shifted and morphed into the norms that society sees today. With the integration of social media, traditional TV saw a major drop in users.

According to the Federal Communications Commission, cable television subscribers peaked in 2009 and have been quickly declining in number since then.

The general consensus is that it is cheaper to pay for online streaming services, such as Netflix, Hulu or Amazon Prime, than to pay for cable or satellite television.

Along with the steady drop of traditional television, the last decade saw a major push in social media platforms and users. Although Facebook was created in 2004 and Twitter in 2006, Instagram made its debut in October 2010. With the introduction of Instagram, the term “micro blogger” was coined, which is more commonly known now as “social media influencer,” according to SocialMediaToday.

“[Social media] has become more than a communication platform,” said 2013 Harding alumnus Carson McGill. “It’s now a place where people can become discovered and reach an audience of people like no other time in history. The ability to connect with the world with one click is huge.”

With the rise of social media, the royal wedding of Kate Middleton and Prince William is listed in the Guinness Book of World Records as holding the record for “Most Live Streams for a Single Event.” The event itself had over 2 billion viewers, in over 180 countries.

“Royal weddings are the only thing we have in America that is like a real life Hallmark movie,” sophomore Cadyn Cook said. Cook stayed up all night in 2011 to watch the live stream of the wedding, and said it was like watching a real life fairytale.

The name of the game in pop culture this decade was reboots. The Star Wars fandom was split in half by Disney’s decision to revive the storyline with a new trilogy of movies, including spinoff movies about original characters. One side was happy to have more movies to love, while the other was unhappy with the quality of content put out by the creators.

“My dad was one of the people who saw Star Wars back when that was the whole name,” junior Aric Anderson said. “I think he enjoys the nostalgia of the movies more than he actually critiqued them. Many of the original [fans] were more happy just to have Star Wars again than to weigh in on how good the movies are cinematically.”

Star Wars wasn’t the only fandom shaken by a Disney reboot. Disney has remade nine of their classic films like “The Jungle Book” and “Aladdin” with another one, “Mulan,” scheduled to be released in March 2020.

From movie remakes to style trends, the 2010s had it all. Silly Bandz were originally introduced in 2002 but were the top selling toy on Amazon in April 2010. By late 2011, the brand was collaborating with celebrities such as Justin Bieber and Kim Kardashian, according to a 2010 article by InStyle.

Fashion of the 2010s was defined by Vogue as a homage to the grunge of the ’80s and ’90s. Junior Catie Stacy said specific fashion trends of the decade included skinny jeans, statement necklaces and hair feathers. An article from Elle stated that the late 2010s saw a heavy influence from the ’60s and ’70s style, including a revamp of bell-bottom style jeans along with lace and crocheted tops.

From fashion to fairytales, the 2010s remain nostalgic for most Harding students who experienced the last years of their childhood over the past decade.

Check out the podcast and video for a further look at the pop culture over the decade.