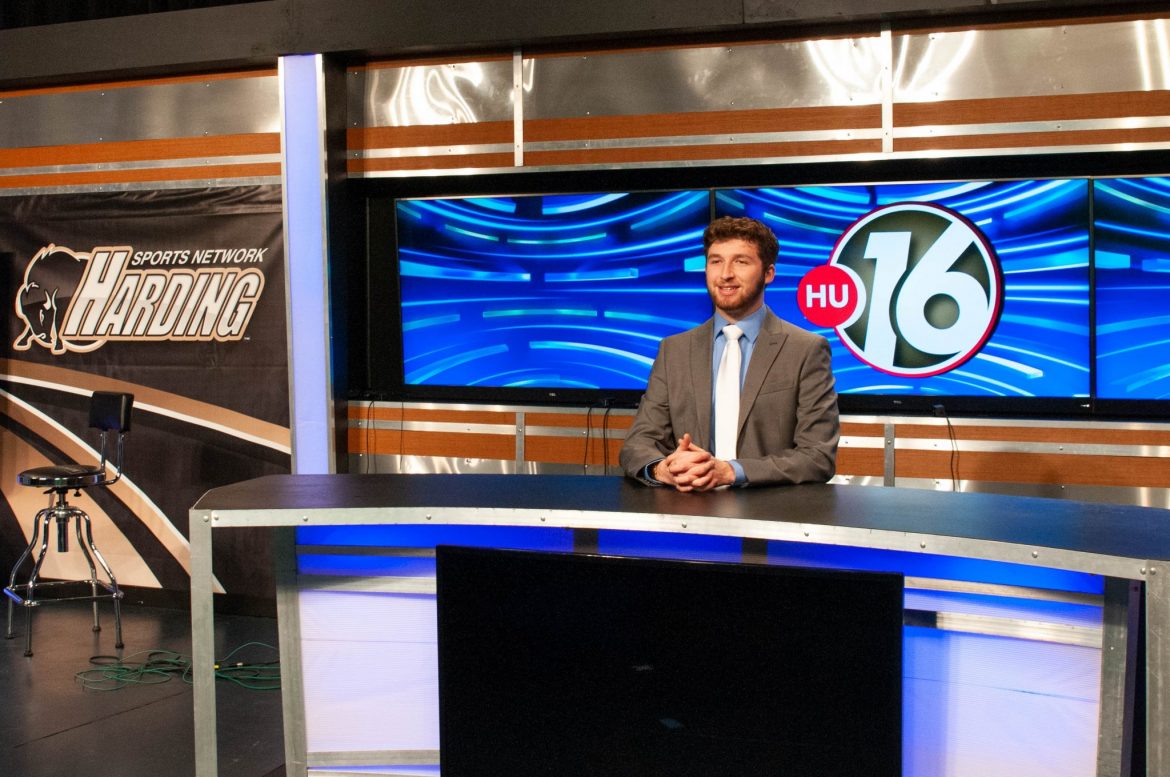 Harding broadcast journalism major junior Jackson Duncan became the first student to solo commentate a sporting event in the past 10 years that’s aired on HU16’s streaming service. Duncan commentated a round-robin women’s volleyball tournament Sept. 21, a rare honor for Harding students.
Jackson began his passion for commentating sporting events when he was in high school with the Lipscomb Academy girls and boys varsity basketball home games. Duncan said Harding has helped him gain hands-on experience in his field of study.
“Even before high school, I loved having conversations about sports with my family and friends,” Duncan said. “After commentating those games in high school, I knew I wanted to pursue that in college. Harding had top-notch facilities and hands-on experience on campus, and it also had a great community, which drew me here.”
The games that Duncan commentated allowed him to become the first to do so since assistant professor in communication Tim Hamilton came to Harding in 2012.
Hamilton said Harding provides many broadcast opportunities for its students.
“Students do handle pregame and postgame shows where they are allowed to interview players and coaches for our productions,” Hamilton said. “Even though play-by-play and color commentary opportunities are not available for the official broadcast, we do make those available for students during our sports broadcasting class. We do want them to have that experience by providing practice opportunities.”
Assistant athletic director for sports, Scott Goode, said Duncan was very willing to start commentating sporting events and fill up any available spots.
“Due to a very full schedule of fall sports events, there have been a couple of times that we needed someone to fill in on play-by-play,” Goode said. “Jackson was willing and had some previous play-by-play experience in high school. Jackson was well prepared and filled in.”
Looking ahead to the fututre, Duncan described his dream job as something along the lines of what Al Michaels, Mike Tirico or Bob Costas do.
“I want to commentate the biggest games on the biggest stages,” Duncan said. “There is something about live sports that is hard to top. You just never know what’s going to happen. As a sport broadcaster, every day of work and every game could throw something new at you, and you’re the one that gets to dictate how that story is specifically told.”