Home Farewell to the Decade Reflecting on 10 years of Harding

With the end of the year coming to a close, the start of a new decade falls close behind. As with any ending, the past serves as a way to remember and reflect. Harding is no exception.

In fall 2010, Harding welcomed its new mascot – Buff the Bison, also known as senior Austin Dunning. Dunning has been the University’s official mascot since then and has attended over 500 sporting events, including football, basketball and volleyball.

While all of these sports are well known now, some students might not know that a decade ago, a women’s rugby team was formed. Many students at Harding became part of the team and competed in several games and tournaments. In 2011, however, the team found itself without enough players to continue.

With sports — specifically football — comes the well-known tradition of tailgating, which has been a part of Harding since 1988. Nine years ago, however, Harding officials only dreamed that tailgating would become as popular as it is now. In fall 2011, then Campus Activities Board director senior Amanda Herren said she hoped social clubs would get involved in making Harding tailgating successful. Little did she know, almost a decade later, Harding tailgates would be mostly comprised of social clubs and other student organizations coming together before every home game.

Another notable event in the last 10 years has only happened five times in Harding’s history. In fall 2013, President Bruce McClarty was officially inaugurated as the University’s fifth president, replacing former president David Burks. This event brought much media attention, as then-Arkansas Gov. Mike Beebe was in attendance, as well as other notable guests. In 2013, Deborah Duke, a member of the inauguration committee said this was a historic event for Harding and should be recognized as such.

The past 10 years have seen numerous changes, but students hope the new decade will be filled with even greater things to come. Junior Jordan Ramsey said she loves Harding’s environment and hopes it remains as welcoming as it has been.

“I love Harding because of the amazing friendships I have made that will last forever,” Ramsey said. “I love how I can be myself here and express my beliefs in a wonderful supportive environment. I hope Harding just continues to grow in this aspect in the years to come.” 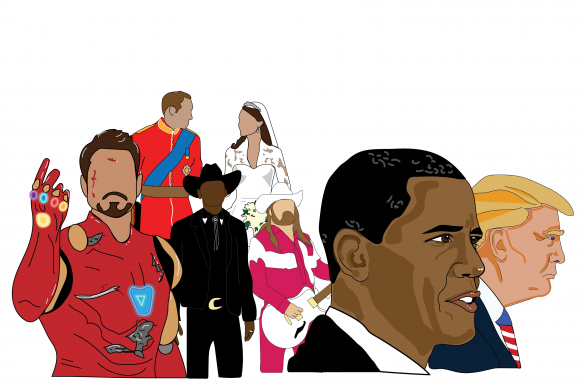