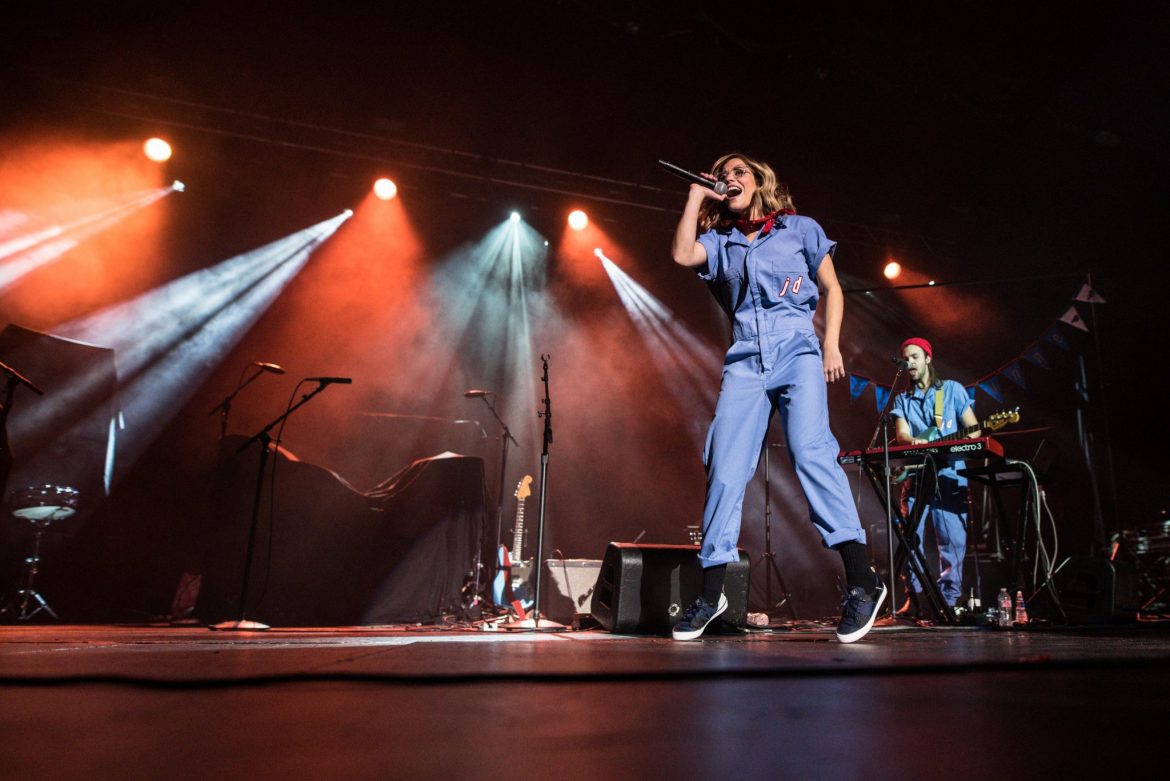 After positive feedback on her opening performance for Ben Rector last year, Josie Dunne returns to Harding as the main performer tonight in a concert presented by Campus Activities Board (CAB).

Dunne performed on Harding’s campus in spring 2019 as an opener for Ben Rector.
Students and faculty enjoyed Dunne’s music last spring and many anticipate her return because of how she impressed them after the show. Avery-Kiira Abney, a CAB co-director, met Dunne last spring and has been a fan of hers and her music ever since.

“She was the most down to earth person and just so cool right off the bat,” Abney said. “She was the type of person that would be friends with anybody no matter how long that she’d known them.”

Members of the campus committee were fans of Dunne’s and the spirit she brought to the stage. Senior Zach Wilson, an instant fan after Dunne’s performance last spring, was taken aback by her presence.

“Her energy is completely different than anything I’ve ever seen at Harding,” Wilson said. “A lot of people would probably agree with me.”

Director of Campus Life Logan Light said he immediately knew Dunne was something special and knew Harding would love her. He kept in contact with her managers and quickly offered a deal for her to return.

“Josie is super rad, extremely talented and really down to earth,” Light said. “She definitely loves playing music, and something that she just had was a really cool aura about her.”

In 2012, the band NEEDTOBREATHE performed on campus, and Ben Rector opened for them, resulting in Rector returning as a headliner later. This past spring when Dunne opened for Ben Rector, history repeated itself.

Senior Valerie LaFerney, CAB co-director, said she fell in love with how different Dunne’s music was the second she heard it last spring, and cannot wait to hear her new music live.