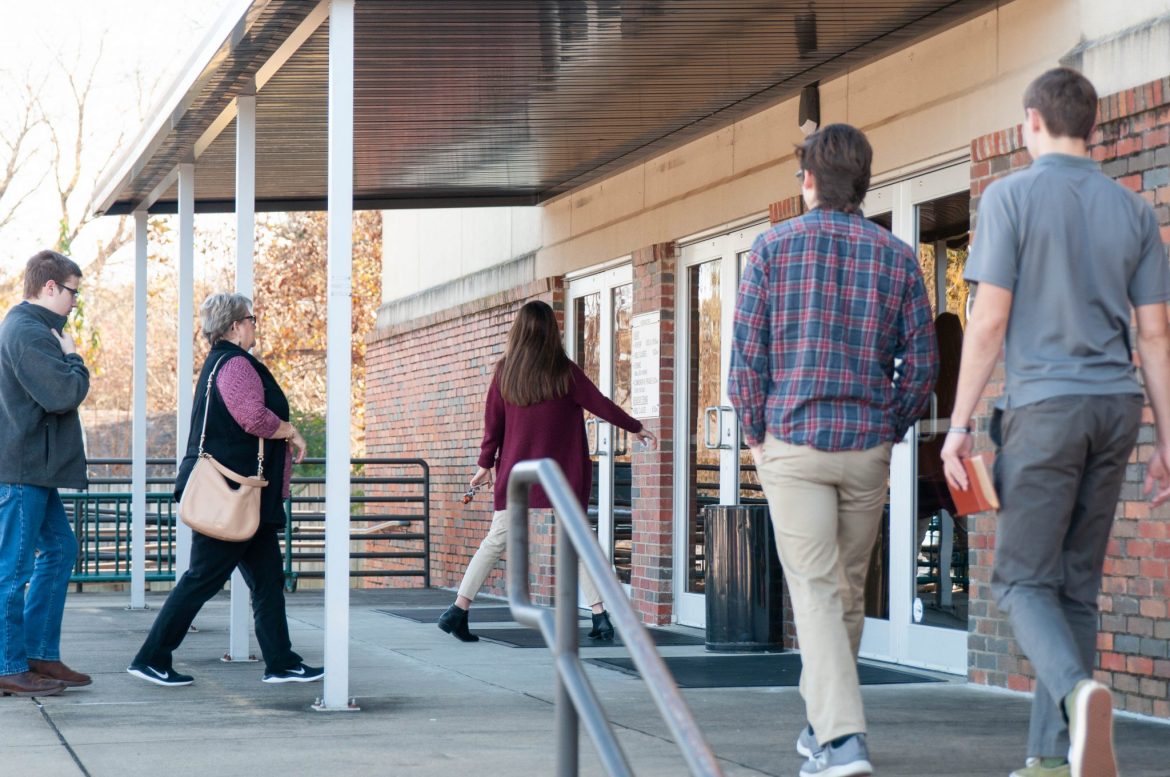 After several months of careful study, discussion and prayer, members of Downtown Church of Christ are focused on maintaining unity as the church moves in a new direction, specifically regarding women’s roles.

On Nov. 3, shepherds announced in the worship assembly that women would now be welcome to participate in new ways, through acts such as serving communion, teaching adult Bible classes alone, reading scripture from the pulpit and baptizing new believers if the situation is appropriate.

Several regular practices that had already been occurring were also vocally affirmed, such as women leading mixed-gender ministry teams and singing on the praise team. They also reminded members of their greater exercise of freedom to make their own decisions regarding roles in small groups and Bible classes.The shepherds also re-emphasized that by over a two-thirds consensus within the eldership, Downtown would not have female shepherds or preachers.

Early this year, the shepherds of the church began a conversation of re-examining women’s roles. In February, the eldership, ministerial staff and their spouses had a retreat, during which they focused on women’s roles. The congregation participated in a study over the summer to determine how the congregation should move forward. The study was led by the eldership and included all adult classes meeting together.

“We live in the midst of both great and rapid socio-cultural change,” Dr. Pat Garner, Downtown shepherd, said. “These changes tear at the fabric of our culture, polarizing and fragmenting community. How does the community of the church respond to this rending of unity? Is it even possible to maintain a body with a transcendent unity in the midst of divergent opinions? This was the question that the elders at the Downtown Church of Christ faced when they began to grapple with issues surrounding the role of women within the body of Christ.”

Jennifer Mills is the children’s minister at Downtown, and she expressed gratitude for the shepherds’ willingness to engage in a big, potentially controversial conversation. She said the conversations made Downtown truly come together as a family.

“I think this was handled in a very healthy way,” Mills said. “That’s something that I believe the Downtown shepherds have done so well over the years is going back to scripture and context and culture and trying to find a place that will not limit our influence in the church.”

“I think this was handled in a very healthy way.”

Senior Ally Davis helps coordinate the college Bible class at Downtown, and she was struck by the unity so clearly on display as the shepherds made their announcement before the church.

Davis has worshipped at Downtown since she was in second grade, and she said this process and its concluding announcement made her thankful to be a member, though it may look slightly different for her moving forward now.

“I’ve never had to think about being a part of serving communion or being up in big assembly,” Davis said. “So it entered all these new possibilities in my mind that almost made me a little bit anxious because it’s something I’ve never had to think about doing. But also, if this is a decision that’s going to be made, then I need to be prepared to be willing to do it.”

Like Davis, sophomore Kendra Neill has also attended Downtown since she was a child. Neill said she is working through her own beliefs on women’s roles and thinks others should be continually searching, too. The combined adult class as part of the process was one of the things she said she appreciated most about the process, since everyone was studying together.

“I was just very grateful for how they did that and the way they approached the situation, because it is a tricky thing to talk about, and a lot of people are invested in that conversation,” Neill said. “I think the response has been overall very good.”

There are currently 1,942 members of Downtown Church of Christ. Davis said about 50 Harding students regularly attend the college Bible class, but she said the number of students who attend worship is much higher.