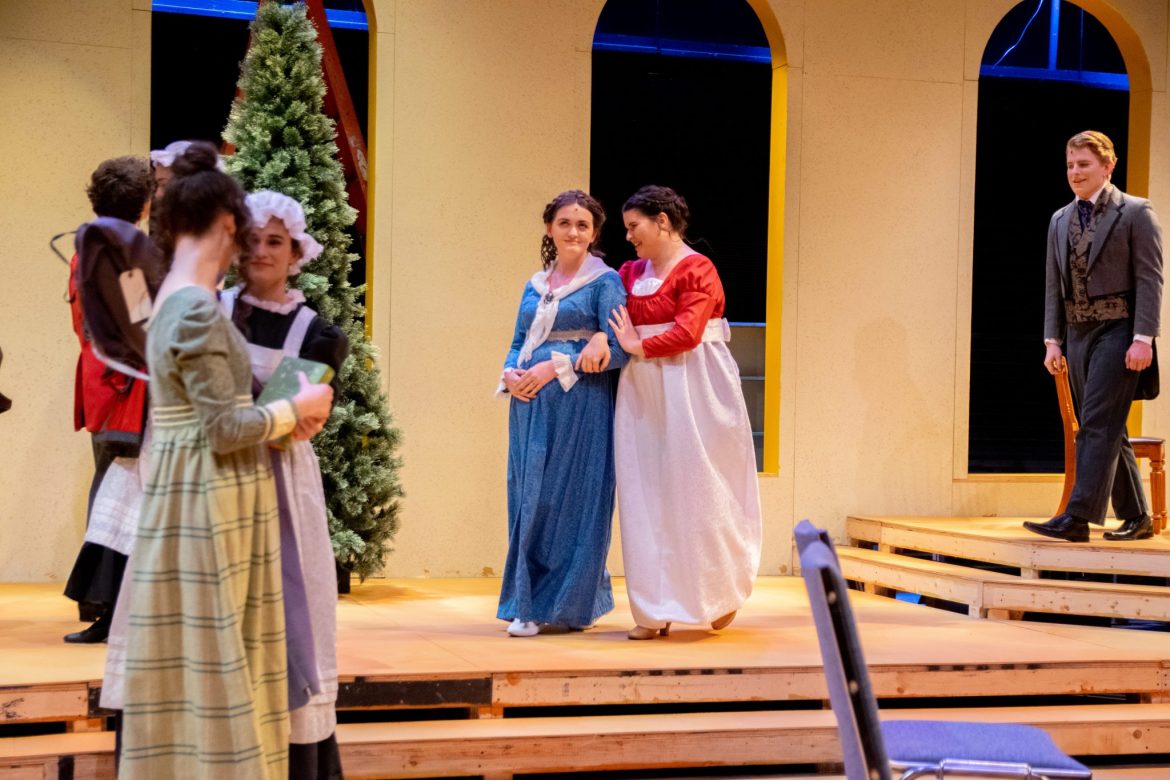 Christmas is coming early to Harding this year as the theatre department continues “Miss Bennett: Christmas at Pemberley” in Ulrey Performing Arts Center tonight and tomorrow.

The show is a sequel to “Pride and Prejudice” by Jane Austen and follows middle Bennett sister Mary Bennett throughout the holiday season with all of her family back home.

Junior Chloe Hoofman described her character of Mary Bennett as someone everyone can relate to.

“For me, it’s been a challenge to play a role that hits so close to home,” Hoofman said. “But it’s also really been a lot of fun discovering who she is and how her story fits into everyone else’s, as well as how her story enriches the stories of the other characters.”

The show follows Bennett as she navigates having her sisters home for the holidays, especially the youngest, flirtiest sister, the married Lydia Wickham, played by freshman Josie Holman.

“Lydia is the youngest sister, but she’s the loudest,” Holman said. “She’s the flirt, but she has a lot of self-confidence issues and has to find solace and attention from men even though she’s married. She’s a lot of fun to play because she is a sweet character at heart, but unfortunately she has a lot of issues that cover it up.”

This is Holman’s first production at Harding, and she said being able to perform at Harding is a dream come true, especially because of the cast and crew surrounding her and getting to work with director and theatre professor Robin Miller.

This show is unique because all the costumes are designed, made and pulled entirely by students while being overseen by shop manager and assistant costumer Katy White.

Student costume designer junior Emily Cantwell said one of her favorite parts of the process has been creating an outfit completely from scratch.

“Because of time restraints, we don’t often get to do this,” Cantwell said. “It’s been so exciting and challenging to see my designs go from paper to reality.”

“If you come see the show, you’ll definitely get an entertaining story with a ton of adorably awkward characters,” Hoofman said.

Holman said though the cast may be small, they are all very close-knit and work well together, and they have great direction from their stage managers and Miller. The show will run from Nov. 14-16 at 7 p.m. Tickets cost $10.