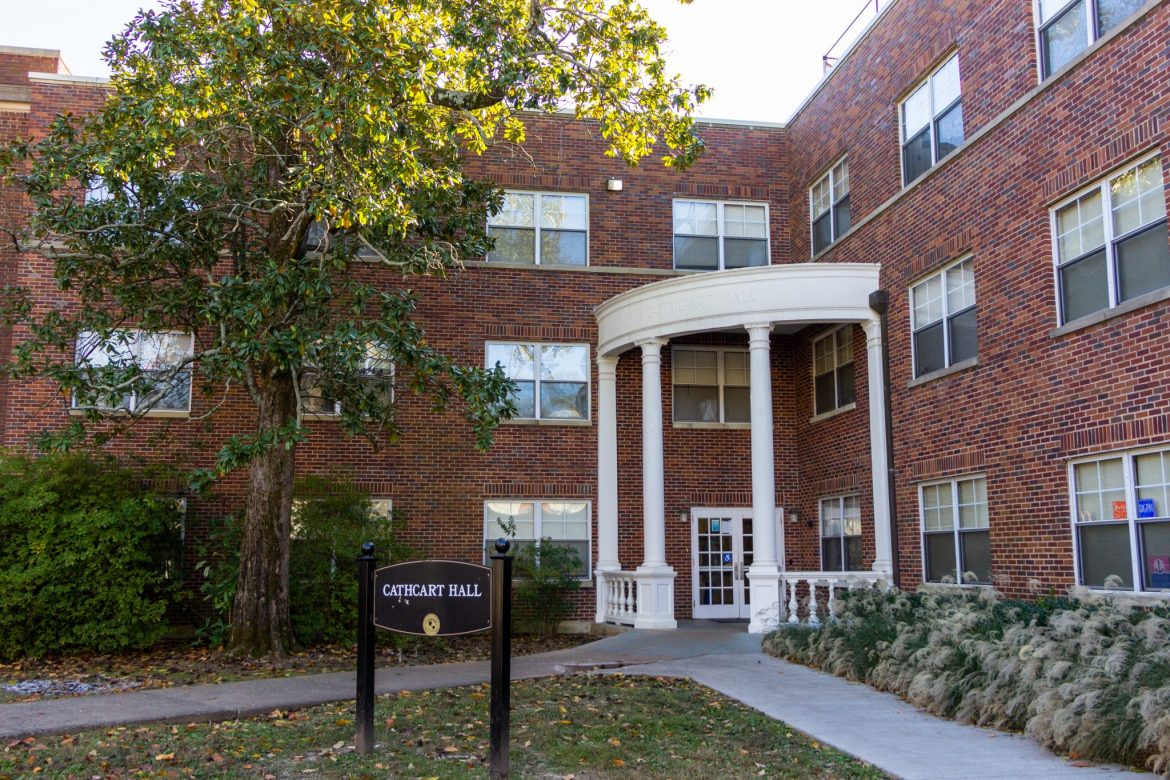 On Monday afternoon all Cathcart residents received a Remind101 message informing them they had to attend chapel in Heritage Auditorium Wednesday morning. When students arrived, they were greeted by a panel of Student Life deans, who informed them that they had to fully move all their belongings out of Cathcart before Christmas break.

According to an email sent to all Cathcart residents from Zach Neal, dean of students, Cathcart was planning to undergo a three-month long renovation this summer. However, due to the project being a bigger undertaking than previously thought, the renovation needs to begin in January so it will be completed in time for fall 2020 move-in.

Students were allowed to visit the Office of Residence Life beginning on Thursday to set up their spring housing locations, prompting several women to arrive before 6 a.m. so they could be first in line.

Cathcart resident assistant (RA) sophomore Leah Ruth said she and some other RAs were suspecting a big announcement to come after having their Thanksgiving break preparation meeting postponed and hearing about the Cathcart-only chapel. Ruth said Cathcart and Pattie Cobb Residence Life Coordinator Heather Davis called an RA meeting Tuesday, at which she informed them of the upcoming move and renovation so they wouldn’t be blindsided Wednesday morning.

“I’m just sad because I’ve built really great relationships with the girls on my hall, and now we’re all leaving each other,” Ruth said. “It’s also really inconvenient at this time, especially with finals coming up. I know they need to do renovations, but it would’ve been nice to have more time to prepare. This point in the semester is cram time for classes, and now we have to get our rooms together too.”

Ruth said the RAs were given the option to continue working in other dorms, but the girls on their halls would be assigned to different dorms starting Thursday morning at 8 a.m. In the email Neal sent to Cathcart residents following their Wednesday morning meeting, he directed residents to visit the Office of Residence Life to reserve their new rooms.

“Keep in mind that it might be better to move as soon as possible so that you will not have to do this during finals week,” Neal said in the email. “We apologize for any inconvenience and truly appreciate your cooperation. All of [the Cathcart residents] will receive a $175 credit to your Business Office account when you return in the Spring of 2020.”

“Some people are excited to move out into a better dorm,” Phan said. “It’s kind of a pain though because it’s cold, and there are no elevators, so we have to go up and down the stairs with all our stuff.”

Phan said she thinks the culture of Cathcart will change after the renovation because most of the bonding between residents happens when they jokingly complain about Cathcart.

Ruth got to see the floor plans for the updated Cathcart dorm, and she said she thinks they look incredible and will make the dorm one of the most requested on campus. She said it was obvious, however, that the renovation would take a long time.

“I just feel bad for the freshmen because they’re still getting acclimated to Harding, and now they have to start over in a new place,” Ruth said.

Davis said there has been a mix of emotions among the residents since the announcement.

“I think that they were shocked, and then they became anxious, and now they’re just buzzing with excitement,” Davis said.

She said several male students and social clubs have already reached out to Cathcart offering availability to help students move. Men will be allowed to sign in at the front desk during designated hours to help the residents move out. She also reminded that students leaving Cathcart do not have to deeply clean the rooms as they leave; they should not, however, purposefully cause damage to the property because of the upcoming renovation.