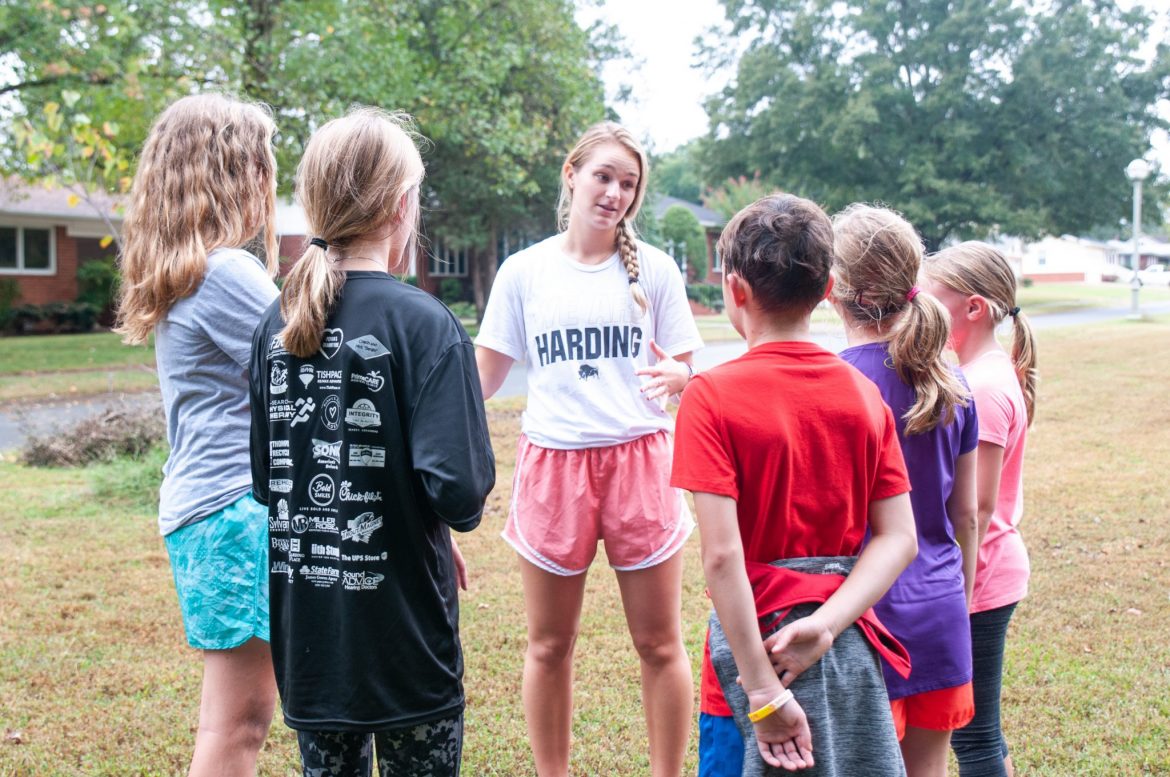 Sophomore Layne Pace ran the St. George Utah Marathon in October, beating her personal record by seven minutes, so it’s only fitting she would start a club to mentor young runners and share her skills at Harding Academy.

Through an after-school program called Extracurricular Classes in Arts, Technology and Sciences (E-CATS), Pace teaches elementary school students how to push themselves through running.

“Right now, I have four girls and one boy [in the club], but it’s hard because kids don’t really know how to run distance yet, so it’s a lot of kids strung out everywhere because they’re all at different paces,” Pace said. “I’m just trying to teach them how to consistently run, how to enjoy it, how to do it as a team, and really just how to encourage each other when they think they can’t do it.”

Shannon King, is director of the Academic Support and Enrichment Centers at Hardign Academy, and asked Pace to help.

“My job is to come up with classes and then fill those positions, and occasionally I’ll teach one,” King said. “I knew [Pace] loved running and knew she wanted to mentor young runners, especially female runners, like empowering them in the future. We’re family friends, and this summer I basically asked, ‘Hey, would you be interested?’”

Pace’s friend, sophomore Caily Moore, said Pace is a behind the scenes leader and has a sense of humility most people do not have.

“I was actually unaware of the running club Layne started until I recently saw a Facebook post about it,” Moore said. “This just shows how humble she is about it. She’s not one to go around bragging about the things she’s doing to change the lives of the kids around her.”

The running club meets every Tuesday afternoon, and Pace leads them on a two-mile run, running alongside them and ingraining a hard work ethic within them.

“When you tell a kid they just ran two miles, they’re like, ‘Whoa!’,” Pace said. “They feel very accomplished for sure, but that’s just the mentality I’m trying to give them, like you can push yourself further than you think.”

While pushing the kids to try their best, Pace also rewards them with fun activities to help with encouragement.

Just as Pace helps encourage the kids she runs with, Pace said the kids are also a big motivating factor for her.

“I think that the opportunity to be able to teach kids that running could be such a big part of their life is just so special, and when I’m having a not so good day, running with them just brings me a lot of joy,” she said.