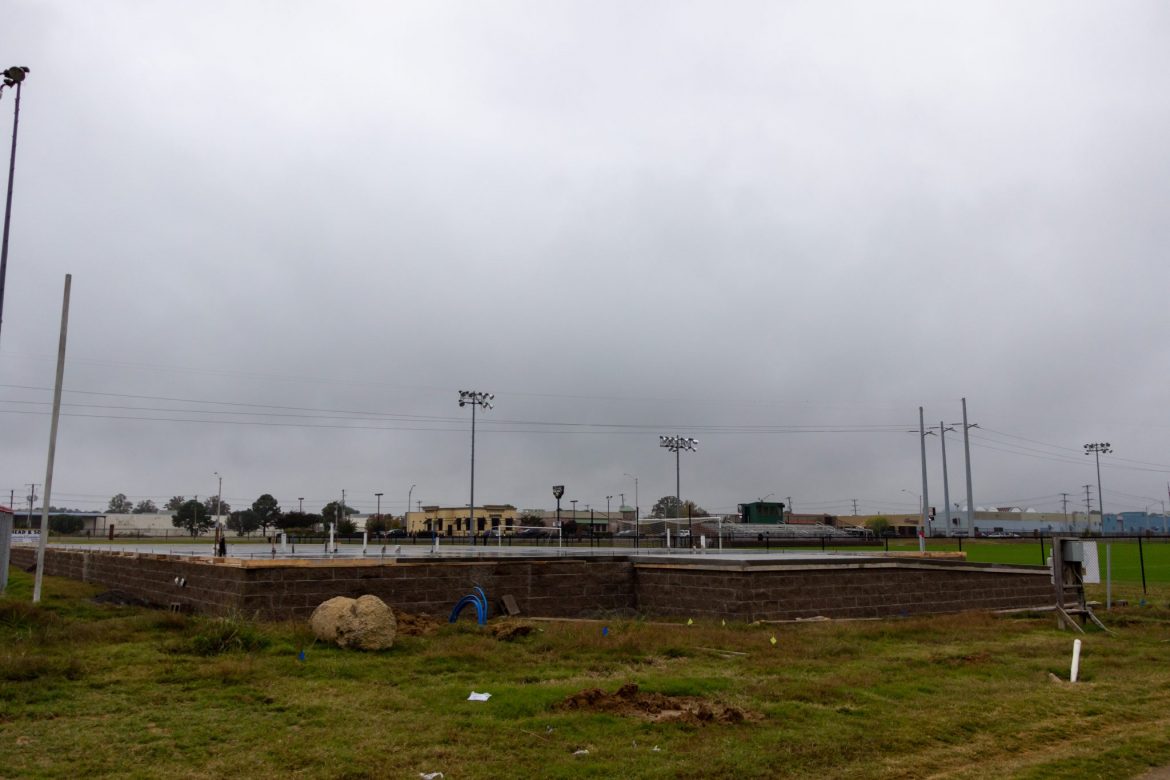 Groundbreaking construction has begun on a new indoor soccer facility on Harding’s campus, located between the Stevens Soccer Complex and the softball intramural fields, with an unknown completion date.
The indoor facility has been in the works for quite some time, and during summer 2019, the soccer teams were told the project was finally beginning.
“It had been talked about for some time now, and it finally happened when a lead donor and others offered to help build it,” Jonathan Ireland, men’s head soccer coach, said.
“They will have access anytime they want,” Ireland said. “It will have a weight room, and if the weather is bad, now they have a place they can also still practice.”
Senior forward Braeden Grundy said he is looking forward to the opportunities that come with the facility.
“The new facility being built is awesome,” Grundy said. “I think it brings in a bunch of recruits.”
Grundy said he also believes the new facility will increase the time players spend together and result in more bonding and time playing around.
Sophomore midfielder Jack Savage said the whole team is enthusiastic about the new facility and the possibilites that could come from it.
“I think the new indoor facility is going to be very beneficial to our team,” Savage said. “The whole team is beyond excited for it to be done.”
The women’s and men’s soccer teams currently both practice on the soccer field, working around each other’s schedules. The new facility will allow both teams to practice at the same time in different areas and never have to cancel practice because of weather conditions.
Recreational practice time for players will increase among both teams with the new facility.
The soccer teams have been able to improve throughout the years, and this facility will only help keep that consistent, along with never having to cancel games.
“This facility will be a tremendous blessing to our players,” Ireland said.