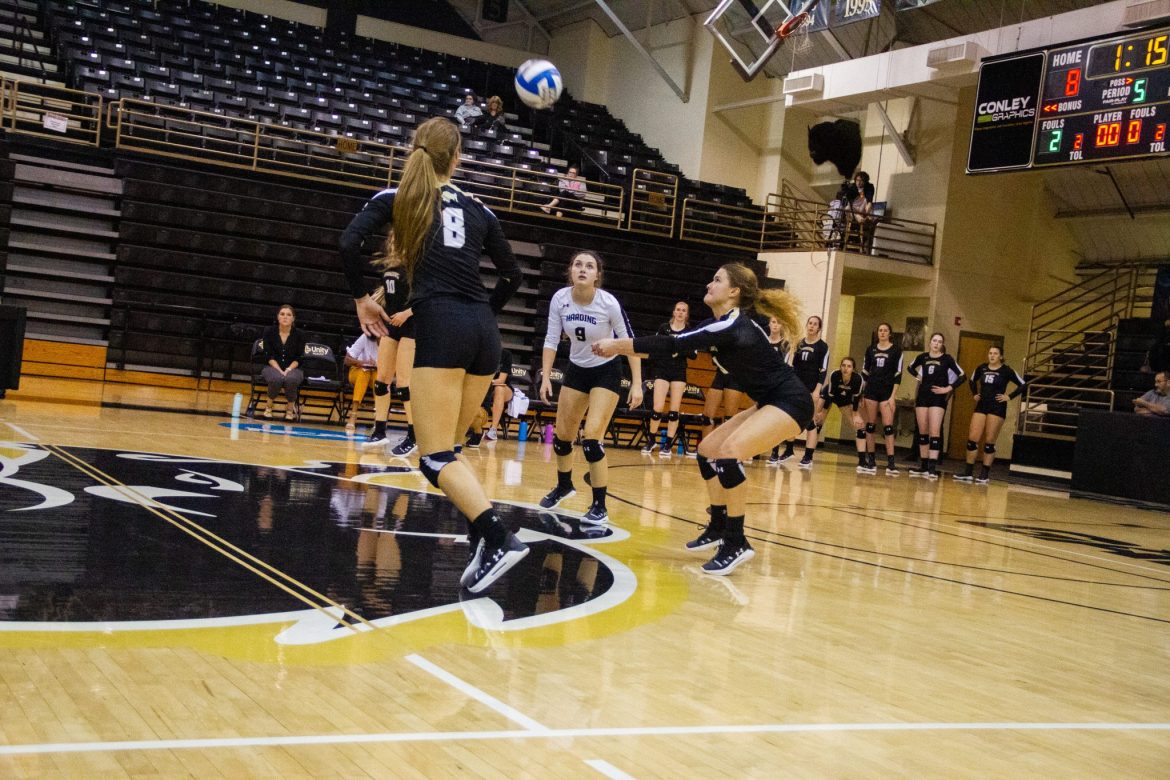 The Harding women’s basketball team is ranked No. 1 going into this season. The team, made up of many returning starters, hopes to improve their skills and demonstrate their experience on the court.
Women’s Head Coach Tim Kirby said Harding had a successful season last year with 21 wins, which highly contributed to the team’s preseason ranking. Many returning players have won awards in the past, such as junior point guard Carissa Caples and senior forward Cheyenne Brown, who received All-GAC honors last season, and junior forward Kellie Lampo, who is an all-region selection and ranked third in scoring. Caples said the team hopes to do even better than last season.
“We had a great season, but we knew that’s not where we wanted to stop,” Caples said. “We’re ranked first, but the only thing that does for us is give us a little bit of confidence.”
According to Kirby, the amount of experience the Lady Bisons collectively have makes them a strong team. He said several junior players joined the team their freshman year and have played many minutes since then. Some have been in the starting lineup since they began playing for Harding.
“All coaches will talk about how experience matters,” Kirby said. “They’ve been through some tough games and some stressful things that just help you grow and help you handle that next time that you have to deal with it.”
The Lady Bisons faced obstacles in the 2017-18 season that set them up for their current success. The team went to the Final Four in spring 2017, and the following season hoped to deliver the same levels of performance. However, several starting players were unable to play, which required freshmen to step into larger roles. Kirby said this learning curve was an opportunity for young players to get experience, and it is those players who are leading the Lady Bisons into the 2019-20 season.
Senior point guard Peyton Padgett has played for the Lady Bisons since her freshman year. Both Padgett and Kirby said the team will focus on improving one practice and one game at a time. Padgett also said the amount of returning players and experience they bring this year will strengthen the team. She hopes to use her own experience to build the team up.
“I want to create that great team mentality — something that our team can carry on into the next season to follow,” Padgett said.
Fans can watch the women’s and men’s basketball teams begin the season Nov. 8-9 with the conference challenge at Rhodes-Reaves Field House. Both teams will play four games over the weekend starting at noon Saturday.