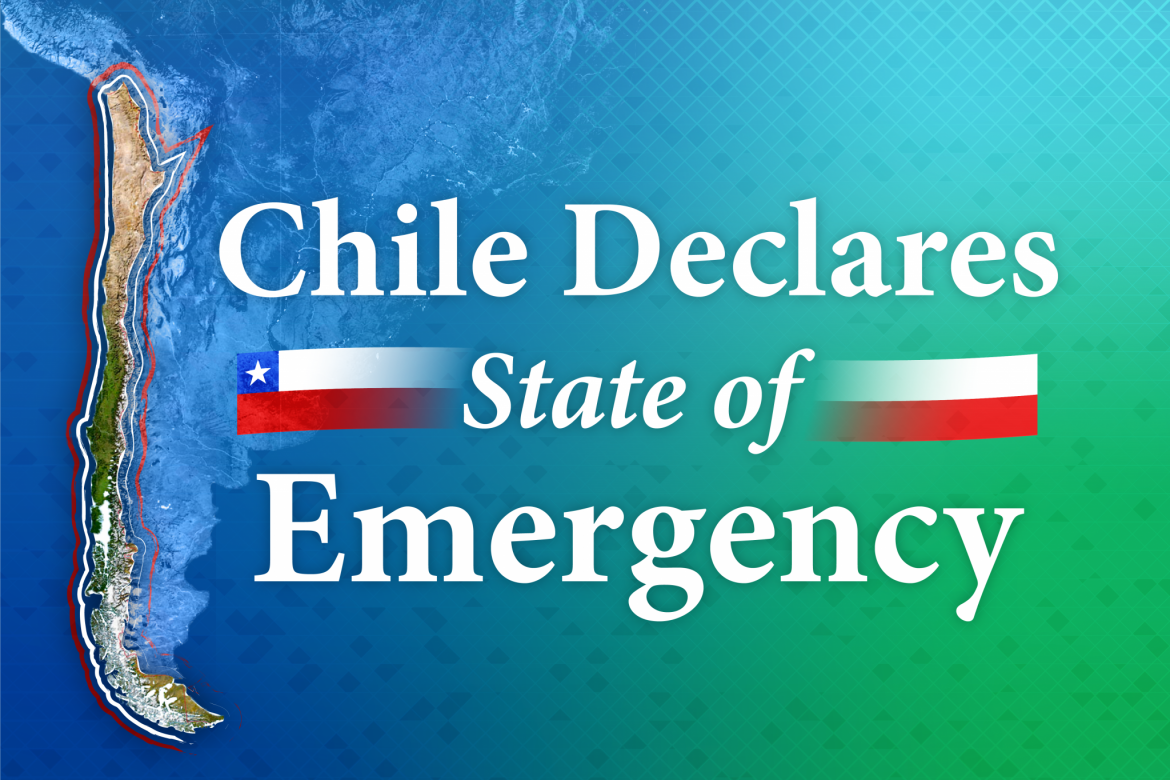 The streets of many Chilean cities have been flooded with protests since Oct. 18. Though demonstrations are not an uncommon practice in Chile, the current protests are far more violent, widespread, and demanding of change.
The unrest was stimulated by the 4% increase in metro fare that became active Oct. 6. A group of high school and university students expressed their disapproval of the increase by jumping over turnstiles rather than paying the extra money. The local police showed up to aid in the situation, but violence erupted instead — unfortunately the violence has continued since then.
The rise in metro fares are only a small part of the passionate protests. Tensions surrounding government corruption and an array of inequalities have been rising within Chile for quite some time despite its or the country’s reputation for having great stability.
Time Magazine reported, “The young protesters, who are also experiencing the strain of an underfunded education system, were joined in mass demonstrations by many other Chileans who are frustrated by rising living costs, low wages and one of the worst rates of inequality in Latin America.”
The transportation fare has since been suspended in Chilean President Sebastián Piñera’s attempt to restore order. However, the suspension seemingly did very little good, as chaos continued.
“The protests initially began over a now-suspended price hike for subway tickets in Santiago but have since expanded, revealing anger among ordinary Chileans who feel they have been excluded from the nation’s economic rise,” CNN reported Monday.
In response to the violence, Piñera sent the military to the streets and on Oct. 19 declared a state of emergency along with instating curfews in Chile’s larger cities, according to CNN. The curfew has since been lifted, but the country still remains frustrated, needing answers, and with a death toll of 20 and over 1,000 injured.
The military interference, the curfew and the intense violence resemble too closely the 17 year military dictatorship under Augusto Pinochet in which 40,000 disappeared, were killed, detained, imprisoned or tortured. The country did not return to democracy until 1990, so many victims’ famillies, as well as victims themselves, are still living. Chile’s past relationship with government in the country creates an especially unnerving political and cultural climate.
The New York Times stated, “This is the first time since Chile’s return to democracy in 1990 that the government has declared a state of emergency for public disorders in the capital.”
In the coming weeks, Chile was scheduled to host two different global summits. At one, President Trump planned to meet with Chinese President Xi Jinping over details concerning the first step in a trade deal in an effort to ease tensions between the nations. Because of the unrest, however, Chile canceled the summit meetings as of Oct. 30.
Chile is no longer the country of residence for students attending Harding University Latin America, but according to Audra Pleasant, executive director of International Programs, the program change was not due to any foresight of the current unrest. Lew Knapp, who studied abroad in Chile last spring on the final trip, expressed serious concern for the country and the Chilean friends he made while living there. He has been actively corresponding with them to ensure their safety and stay informed about a country he holds dear.
The situation in Chile continues to unfold. The information in this article was reported Wednesday night. Check local and national news outlets for updates.