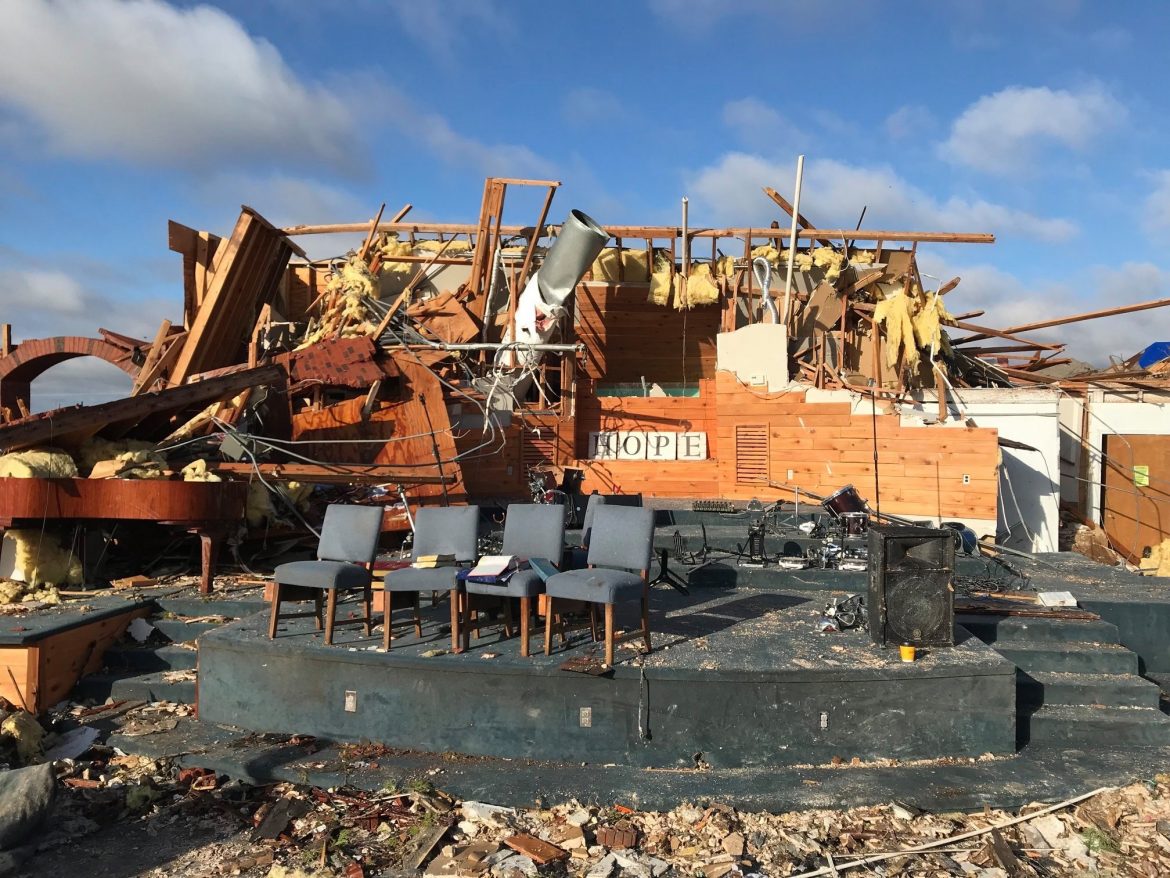 North Texas experienced an outbreak of tornadoes that began last Sunday, Oct. 20, and continued throughout the week. A total of 10 tornadoes caused at least $2 billion worth of devastation. According to the Insurance Council of Texas, this is the costliest loss due to a tornado outbreak in Texas history.
Texas natives comprise a large percentage of Harding’s student body, including junior Madyson Rowland, who is from Seagoville, a small town only 15 minutes from downtown Dallas.
“Although my house didn’t get hit by the tornadoes, there was a touchdown only two miles away from where me and my family live,” Rowland said. “There was a tree that had fallen on a truck only two blocks away, and several major highways were closed.”
According to Dallas Morning News, the last outbreak of tornadoes to cause a large and costly amount of damage was in 2015, when $1.2 billion was needed to help with relief.
The string of tornadoes was only one natural catastrophe among several that have gone through Texas in the past five years. According to the National Oceanic and Atmospheric Administration, Texas has received considerable damage within the past five years from severe hail and wind, droughts, tropical storms, and flooding, including the $125 billion damages caused by Hurricane Harvey nationwide in 2017.
Despite the hardships, Rowland still believes in something special about her home state.
“What I love about Texas and the people who live there is their ability to work together to fix the communities that have been affected by the storms,” Rowland said.
Sophomore Mary Edwards is a resident of Royse City, which is 40 minutes from Dallas. Edwards said her family was safe from the storms; however, the fear of what could have happened reminded her of why she loved Texas so much.
“I love where I live because I get the small town experience,” Edwards said. “But I also have so many opportunities being so close to Dallas.”
Dallas Morning News reported that the Federal Emergency Management Agency will deploy teams in the area to assess damage from the outbreak. After the teams’ assessments, President Donald Trump may issue a disaster declaration for public assistance, which will release funds for various damage control and clean-up crews, reconstruction of infrastructure, and repairs.