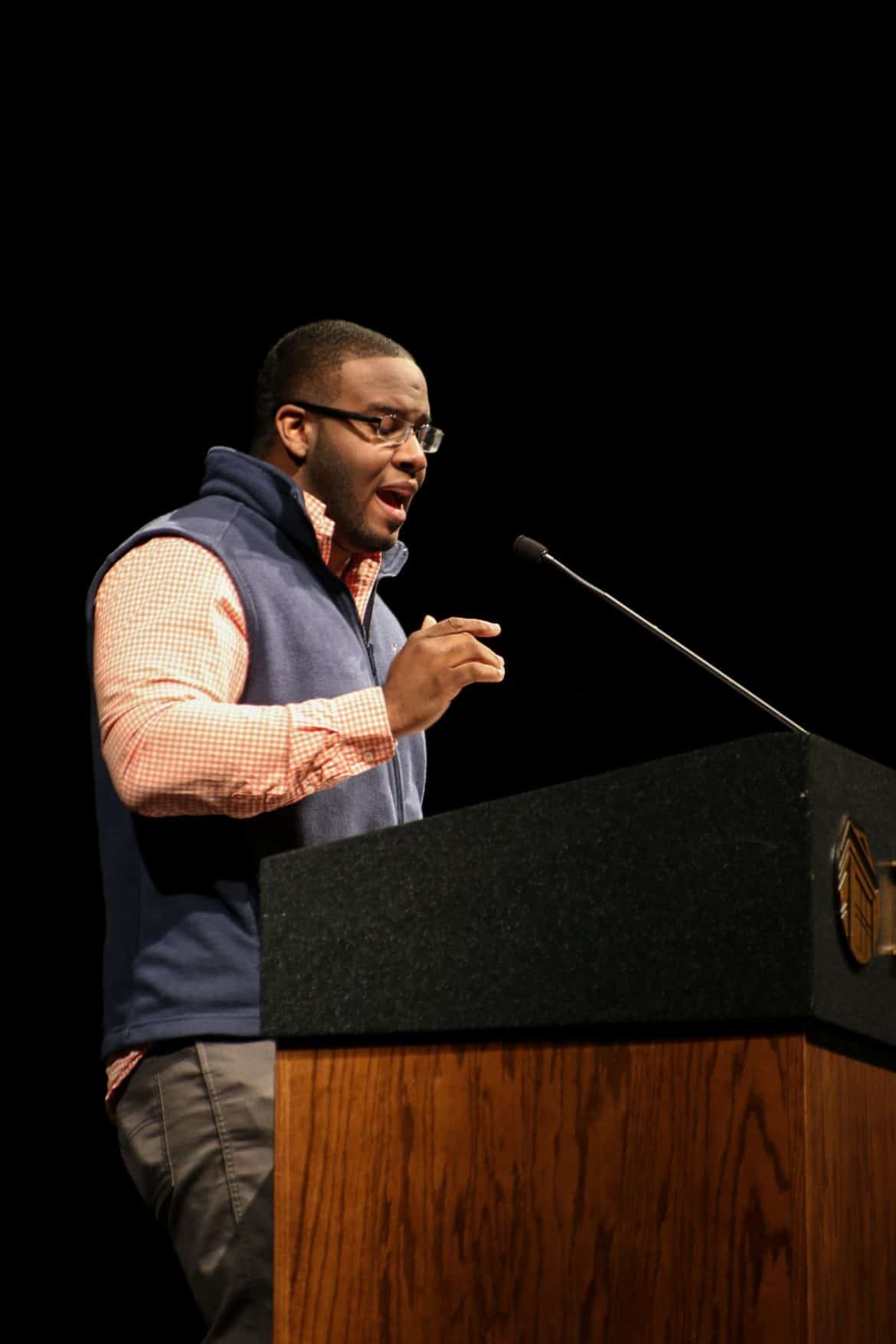 On Tuesday, Oct. 1, former Dallas police officer Amber Guyger was convicted of the murder of Botham Jean, a 2016 Harding Universty alumnus, in his home on Sept. 6, 2018. The day after this conviction, on Oct. 2, Guyger was sentenced to 10 years in prison with no possibility of probation.

Over a year after Jean was killed and two days after what would have been his 28th birthday, Guyger was convicted of murder in Dallas by a unaminous vote from the jury in a trial overseen by Dallas County District Judge Tammy Kemp.

According to Texas law, murder does not have to be premeditated to lead to conviction. Under Section 19.02 in Title 5 of the Texas Penal Code, a person commits murder if he or she “intends to cause serious bodily injury and commits an act clearly dangerous to human life that causes the death of an individual.” This was the main arguing point of the prosecution during Guyger’s trial.

Lori Klein, assistant professor of political science, said that the case was complex from the beginning, and the jury had a lot of elements to consider as the trial proceeded, including specific laws and doctrines in the state of Texas.

“From my sense of what the prosecution presented, they did a really crisp, clear job of presenting this case, and I think that was definitely needed,” Klein said. “This is a complex and deeply confusing case for people and probably so much so for the jury, too.”

One such element that added complexity to the trial is what is known as Castle Doctrine. Established in Texas Senate Bill 378 passed in 2007, Castle Doctrine states that deadly force is reasonable when used upon an intruder in one’s own home. Since Jean’s death, Guyger has said she believed she was in her own apartment, which was exactly one floor below Jean. Guyger’s defense brought Castle Doctrine to be considered before the jury, prompting them to ask for further clarification on the ruling, according to the New York Times.

Todd Gentry, along with his family, was in Dallas with the Jean family for almost two weeks before and during the trial process. As directors of The Original Rock House Ministry that Jean was heavily involved with during his time at Harding, the Gentry family was like Jean’s adopted family in the States. Gentry said that it was never a question whether or not they would join the family in Dallas — they went with no hesitation.

Because the Gentrys were with the Jean family through the trial, they witnessed some of the pain, faith and healing Jean’s family was processing.

“When the verdict came in … the family did not yell or let out. That was kind of an activist that was in the room that yelled out when the jury’s verdict came through,” Gentry said. “I’ll tell you that the family now has begun the journey of ‘how do we heal?’ Because grief was somewhat put on hold. All along, the biggest thing they wanted to know was why. Tell us why, how this happened … it’s not that they want ill for [Guyger].”

Gentry acknowledged how emotional the process of healing will be for Jean’s family, and he also recognized the toll the trial took on him and his family after knowing Jean so closely for over seven years.

“When the prosecution and defense rested, [my wife] and I felt very emotional because for a year we stood up for a man that couldn’t stand up for himself, because he was dead,” Gentry said. “We were more emotional with the [end of proceedings] than the verdict of murder … When the prosecution finished, when the case was closed as the jury went in to deliberate, the prosecutors hugged and cried.”

“When the prosecution and defense rested, [my wife] and I felt very emotional because for a year we stood up for a man that couldn’t stand up for himself, because he was dead”

Harding University Assistant Vice President of Advancement Steve Lake knew Jean through the Barnabas Project, a University mentoring program. Lake served as Jean’s spiritual development mentor for 12 months, and he said that their relationship became much stronger through this process. Lake chose to avoid some of the details of the trial, such as officers’ body camera footage, as it proceeded.

“I’m not speaking for anybody else in the equation, but for me, I opted to distance from that pain and from the potential feelings that I would have,” Lake said. “For me, I think it was the right decision to distance because I really want to remember Botham the way he was and not the way he died, but the way he lived.”

One moment of the trial proceedings Lake did not distance himself from, was the victim impact statement made by Jean’s younger brother Brandt Jean on Wednesday after Guyger had been sentenced to 10 years. In an emotional statement captured on video and widely circulated online, Brandt did what many would consider to be radical: He publicly forgave his brother’s murderer.

“I want the best for you, because I know that’s exactly what Botham would want you to do. And the best would be to give your life to Christ,” Jean said. “I think giving your life to Christ would be the best thing that Botham would want you to do. Again, I love you as a person and I don’t wish anything bad on you. I don’t know if this is possible, but can I give her a hug, please? Please?”

And with permission from Judge Kemp, Brandt and Guyger embraced with audible sobs, as Kemp wiped away tears in the background.

According to The Dallas Morning News, Brandt and Guyger’s hug wasn’t the only emotional moment post-sentencing. The local media outlet reported that after the courtroom had begun to empty, Kemp approached Guyger with a Bible as a gift, an embrace and a few words overheard by The Dallas Morning News journalists.

“Ma’am, it’s not because I am good. It’s because I believe in Christ,” Kemp said to Guyger, according to The Dallas Morning News. “Forgive yourself.”

“Ma’am, it’s not because I am good. It’s because I believe in Christ… Forgive yourself.”

As those who knew and loved him continue forward in a process of healing, Jean’s legacy remains as one of faith, kindness and — as made evident over the past week — mercy.

“There’s been a phrase, ‘Be like Bo,’ and, and the truth is, what we want to do is be like Jesus — but Bo is a great example of that,” Gentry said. “I think the way to honor him is to continue to do good things in the name of Jesus, to continue to look beyond race, because he did. Continue to sing and praise God and then pray specifically, I think the family would say pray for their healing and all the people that loved him. And I then I would think they would say, and now pray for the soul of Amber Guyger.”

RELATED: Remembering Botham Jean | How does a community react when tragedy hits close to home?