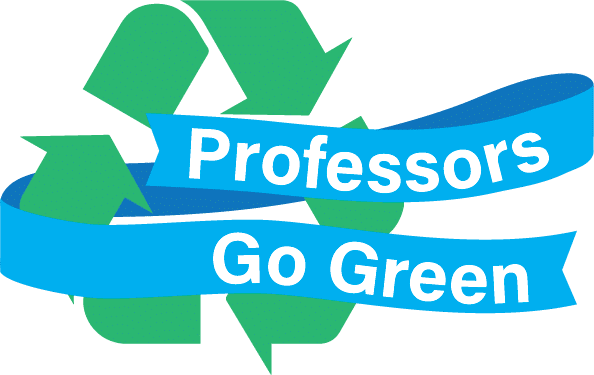 Greta Thunberg, a 16-year-old Swedish climate activist, spoke at the United Nations conference in New York on Monday, Sept. 23.
Thunberg organizes climate strikes every Friday all over the world. She doesn’t fly — she instead sails across the Atlantic to save fuel. She told world leaders on UN summit that they had stolen her childhood with “empty words”, and she won the “Alternative Nobel Prize” for environmental work.
Thunberg’s actions may seem extreme, but her passion is an example of individuals making a difference.
Many Harding students may not know about the “green side” of Harding, because it is not often discussed.
“I do not tell people I am vegan, because even the label ‘vegan’ carries so many stereotypes,” Dr. Cody Sipe, associate professor of physical therapy at Harding, said. “I felt bad telling people publicly, because usually people look at you funky.”
Sipe is a founder of Plant Powered Searcy (PPS) — a new organization to increase awareness of health and environmental issues. PPS holds informational lunch sessions complete with healthy and delicious plant- based cuisine where participants can learn more about the organization.
“People think when you say you do not eat meat, you are somehow taking a moral high road, and it is simply not the case,” Dr. Amy Qualls, associate professor of English, said.
Qualls joined the green side when she went to college, and since then, in the name of the environment, she does not eat meat, avoids plastic, recycles and makes her own shampoos and soaps, minimizing her waste level almost to zero.
Qualls said the factory farm system creates an environmental disaster because it exploits animals and human labor, contributes to greenhouse emissions, misuses the resource of water, and has the potential to contaminate water.
“At some point, everything is going to come to an end, and we will go to look around and say, ‘What are we doing?’ And it bothers me,” Qualls said. “I think it should bother a lot of people.”
Qualls said she incorporates a lot of this material in her classes.
“Very organically, I don’t force it,” Qualls said. “Students can start by researching to make informed decisions; they can choose one day a week with no meat. It can make a huge impact on a college campus.”
Several years ago, Harding placed recycling bins in dormitories. However, some students kept throwing food in the recycling bins.
“The administration has shown that they are open to alternative possibilities, and it is up to the students to demand it. Once they do, they will find that the administration will have open ears,” Qualls said.
Senior Alyssa Martin said she believes becoming an eco-friendlier campus goes far beyond what the University itself chooses to do.
“There’s obviously a lot of loopholes in this argument, because having a more environmentally friendly campus would promote people to be more aware of their environmental choices, and in return, most likely make people more environmentally aware,” Martin said.
Searcy Recycling Center used to have their bins outside of their facility, but they had to move them back into building because people were throwing trash in them. Searcy recycles type 1 and type 2 plastics, cans, cardboard boxes and paper. Two years ago, they began to recycle glass.
Dr. Jon Singleton, associate professor of English, is intentional about living a simple lifestyle.
“I have a painted sign on my living room wall: ‘simplify.’ Rent a smaller house, try to avoid having a cluttered house, try to keep only what we really value — though this is hard — and try to be careful of bringing new possessions into our house,” Singleton said.
Singleton and his family have one car. He rides a bike. Singleton said although it causes scheduling difficulties, it forces the family to bear with each others’ needs and see more clearly the impact of the commitment on the family.
Not everyone may be a Greta Thunberg. However, as shown by many Harding professors, everyone can do their part to go green.