Home News Remembering Botham Jean | How does a community react when tragedy hits close to home?

Remembering Botham Jean | How does a community react when tragedy hits close to home? 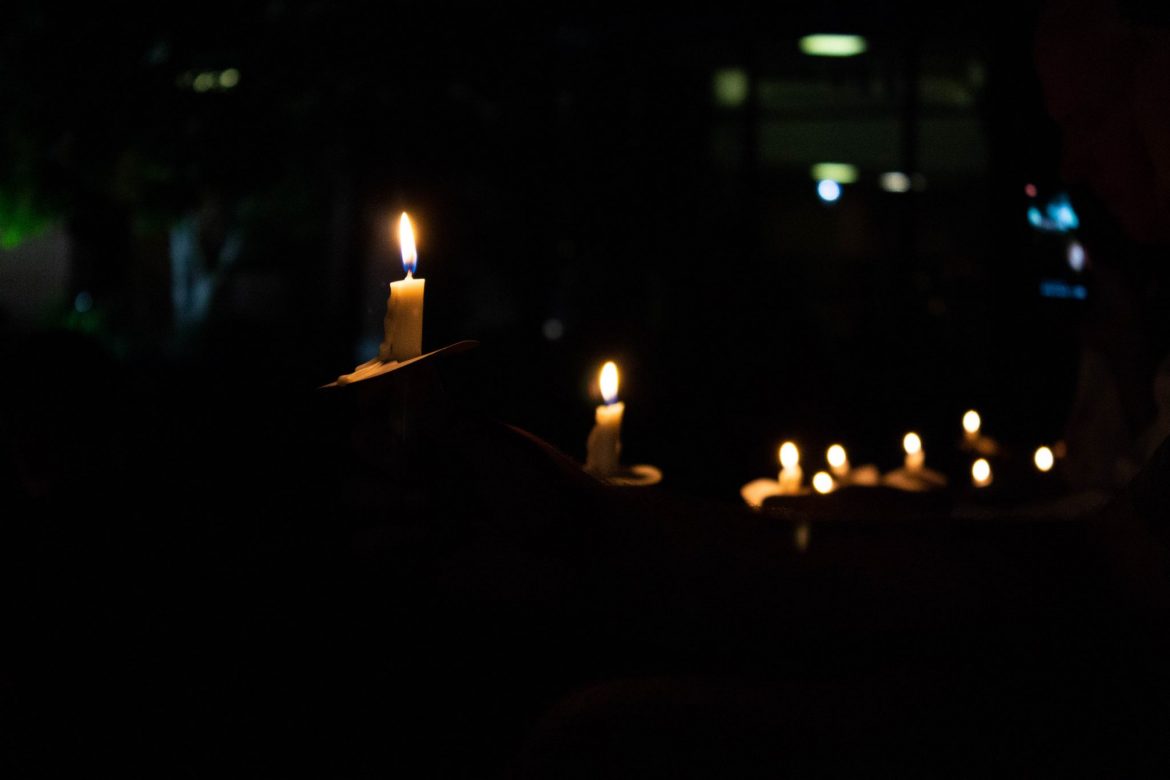 On Sept. 6, Botham Jean, a 2016 graduate of the university, was killed in his Dallas apartment by a Dallas off-duty police officer Amber Guyger, who claimed she entered his apartment, mistaking it for her own. What followed the breaking news was a whirlwind of emotion catapulted into the national spotlight by a far-reaching community in mourning. This coverage included testimonies to Jean’s character and claims of racial injustice surrounding his death by a white police officer.

In wake of his death, Jean’s alma mater became a hot spot for conversation — conversation that juxtaposed Jean’s time at the university with the purported injustice of his killing.

On the steps of the George S. Benson Auditorium and online across the world on Sept. 10, the Harding community and people nationwide honored Jean’s legacy at a candlelight vigil.

The following are three accounts from people with distinctly different connections to Jean, remembering his life and recounting what it looks like when national headlines hit close to home.

Hannah Owens, director of digital production media in University Communications and Marketing (UCM), found out about Jean’s death during her morning commute on Sept. 7.

“I just started crying while driving. I was in shock,” Owens said. “He was a Rock House intern, and so we worked together in the Bisons for Christ leadership. I watched chapel every day, and I would always see him on the screen. At the beginning of the song, you hear the song leader mic before they cut to the audience mic. I loved his voice and loved when they held the mic a little longer on him.”

After reacting to the news, Owens said she immediately began thinking about how the university would respond to the situation. When she arrived to work, she and the UCM team began crafting a message and working through requests from local, state and national media.

“We immediately got a ton of calls from media wanting multiple types of media about Botham — chapel videos, pictures, a video of what [President Bruce] McLarty referenced in chapel,” Owens said. “Everyone wanted something that could speak to his character — showing how many lives he touched. We were a big part of that because he was so involved.”

As the news ballooned into a national story, UCM worked to provide media, set up campus interviews and field response to his death from the Harding community. According to Owens, their office received requests from national news organizations like Good Morning America, The New York Times and CBS Evening News.

“Incorporating Harding into the story and communicating about his past was a way to show how many lives he touched, how many awesome things he did and how many people loved him,” Owens said. “Obviously this is very sad, but he was such a cool person. To be able to share with people who were talking about such a tragic circumstance the amazing things he did here was uplifting.”

The university’s message and media efforts, Owens said, were shaped by a desire to support the Harding community.

“What I wanted to communicate with that post was our community here was devastated by this news and shocked,” Owens said. “We coveted anyone’s prayers to help everyone who was impacted by this.”

Before the vigil on Sept. 10, Owens said she had not allowed herself to grieve the magnitude of the situation — UCM had been working around the clock to provide support to media and the Harding community.

“Everyone was singing ‘Surround Us Lord.’ I could hear people walking up who hadn’t got there yet already singing the song,” Owens said. “That was the first time I let myself cry since we found out and recognize what a great place this is for a community who is grieving something so tragic. I’m standing there with tears in my eyes and this candle, and all I keep thinking is, ‘Harding is a great place, but I have to do my job.’”

When Owens spotted a cameraman from a local TV station looking for a camera angle, she offered to take the cameraman to the McInteer balcony for an aerial shot. It was back to work.

“As we walked inside, he asked, ‘So, do you guys just know all the words to the songs?’ I said, ‘Yeah, we sing and worship together all the time.’ He just said, ‘Wow.’ I forget this is something that is unique to people about our community that we just experience every day and might not really know how special it is.”

Since finding out about the incident, Owens said a chance to grieve was misplaced by the needs of aiding a national story that had landed in Harding’s backyard, but the vigil forgot the world’s watching eyes.

“Botham led us in worship and things like what we did together that night,” Owens said. “I think, emotionally, at the vigil, I wasn’t even thinking about national attention because in that moment, everyone was there to pay tribute to Botham’s life through worship, and at the time, that was the most important thing.”

Senior Kazu Fujisawa came to know Jean through their membership in men’s social club Sub T-16. Jean was the officer in charge of Club Week when Fujisawa joined in fall 2014.

“When I joined my social club, he was one of the guys I was looking up to. He was an RA in Keller when I moved in,” Fujisawa said. “I met him and became friends with him, and at the club open house, I got to be a lot closer with him. He was one of the guys who made me want to join Sub T.”

Fujisawa saw the news on his Facebook timeline on the morning of Sept. 7, but said he dismissed it as another national news headline.

“I read through, and I just couldn’t believe that happened to Botham,” Fujisawa said. “I still feel the same. I just can’t comprehend it — how he got killed, how she got into the wrong room. So many questions I couldn’t figure out and couldn’t imagine.”

By the afternoon of Sept. 7, members of Sub T-16 had created a GoFundMe page to support Jean’s family with travel and funeral expenses. At the time of press, the GoFundMe had garnered more than $38,000. The photo attached to the page, taken by Fujisawa, was used across digital, traditional and TV media as the story gained traction, making appearances in places like ABC World News Tonight With David Muir.

The photo spreading across the globe, Fujisawa said, was less important than the memory it took with it.

“It’s in the cafeteria, and he had a plate in front of him with something on it and A1 sauce,” Fujisawa said. “He’s smiling and talking. It’s a fun moment in the cafeteria. It was just an everyday moment for me. It made me think that every moment I see a friend is precious. You never know what happens tomorrow.”

A national story unfolding with the Harding community intertwined, Fujisawa said coping with the loss of his friend is a challenging process.

“He was a great guy, and I knew that before, but I feel like it’s making me realize again how great he was,” Fujisawa said. “He’s been graduated for two years, but people still remember and love him. It made me realize that it’s heartwarming although sad. It’s sad because I felt like it became a big political thing. It’s sad because I think it became more than his death.”

Senior Carson Gentry knew Jean from his three years as a ministry intern with The Original Rock House, where Gentry’s parents serve as ministers for college and community outreach.

Gentry said his family was like Jean’s American family. Jean spent each Thanksgiving with the Gentrys in Dallas and led Rock House mission trips, which the Gentrys participated in, to his home country of St. Lucia. His mother called and told him the news on the morning of Sept. 7.

“She told me what they had been told — that the woman who was an off-duty cop came in and shot him, thinking it was her apartment. Then she told me that it was Botham,” Gentry said. “I was just in disbelief and shock.”

Gentry remembers Jean as an older brother — remembering Jean’s love for pizza and his always-messy room. It is the small details, Gentry said, that he will never forget about Jean.

“I think [the national coverage] does make it harder because it is a constant reminder. It is also frustrating because people try to make it something it’s not,” Gentry said. “There are all of these people commenting on the news report who have no idea who he is. It’s nice here where we can remember him for who he is.”

At the vigil, Gentry was asked to lead worship — something Jean had done countless times during his time at Harding. Remembering Jean in worship was, for Gentry, a way to bring the story back home.

“I didn’t know if I was going to make it through that, and I had some parts where I was struggling, but I’m very glad I did it,” Gentry said. “I felt like it honored him because I looked up to him song-leading wise. I grew up watching him lead songs, so this felt like a good way to give that back to him.”