Home Sports Stepping up to lead

Stepping up to lead 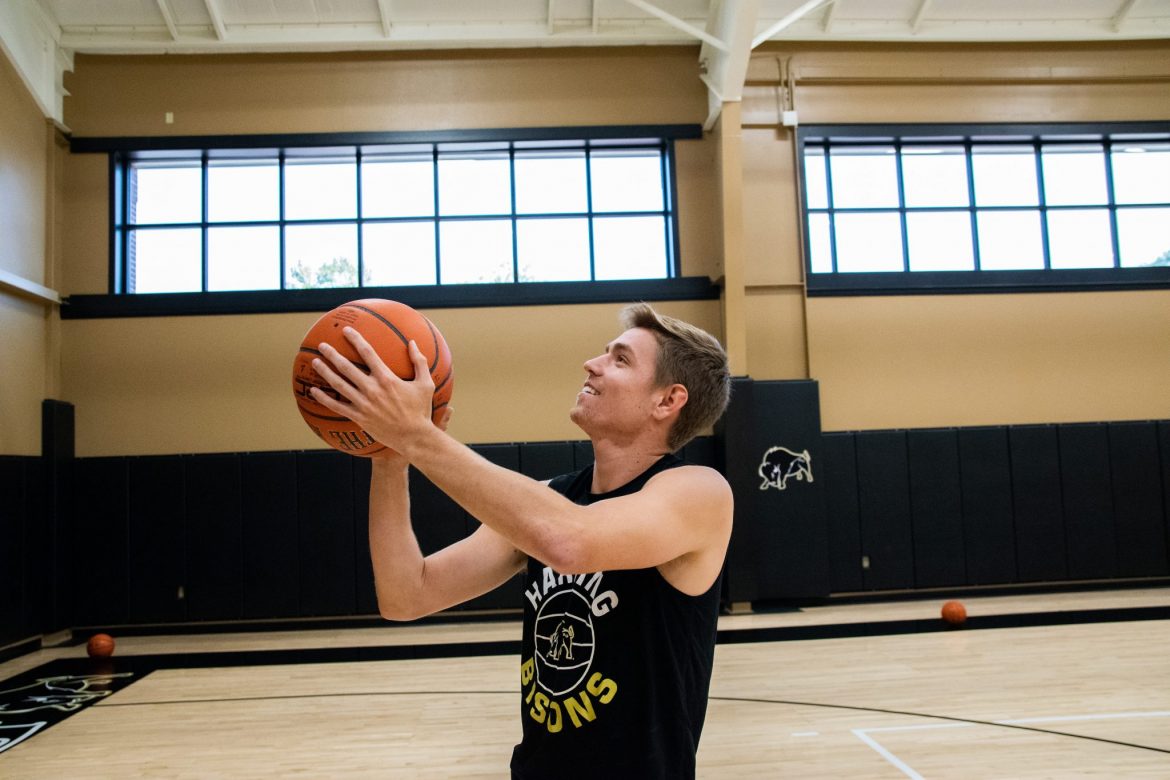 Despite only having one returning senior this year, the Harding men’s basketball team has embraced its new phase as several players step up and take leadership roles.
Senior guard Colin Hale said that being the oldest player has given him insight on how to be a leader on the team.
“Due to being a senior, I’ve definitely been around the block, so to speak,” Hale said. “I feel like I have knowledge and things I can share in a leadership role.”
Although he is the only senior, Hale said he does not take all the credit, believing several juniors and sophomores have stepped up and led the team in ways he can’t.
“I think our real team leader would be [sophomore guard] Romen Martin,” Hale said. “I’m more of a ‘I am just going to do it’ kind of guy, and Romen is more of the guy who verbalizes it, but I think there needs to be a balance.”
Sophomore forward Tyler Moore also said Hale is the type of guy who will step up and make sure everyone knows what they’re supposed to do, but he agrees leadership is a team effort.
“We have sophomores and juniors stepping up, and you would think that they’re seniors,” Moore said “I think everybody leads, and it’s better than previous years.” Head Men’s Basketball Coach Jeff Morgan said he is not worried about the lack of older men on the team and that one person should not be responsible for leading the entire team.
“It’s been fun to watch how a lot of the guys have really stepped up,” Morgan said. “For one person to bear that load is an awful lot to ask, and so it’s been fun to see some of the younger guys really take ownership.”
Morgan was also impressed by the fact that many players have shown their dedication to the team since before school started.
“We had guys showing up earlier this year,” Morgan said, “They were doing things together earlier, and it wasn’t things that Coach Woods and I were planning. So that has been really good.”
Other players on the team also said they admire the leadership in the basketball program. Freshman guard Tyler Hutchieson said Hale played a big role in leading the team to where they are now.
“The leadership took a whole new level this year with Colin being the only senior,” Hutchieson said. “He got a hold of everybody, and I think we need that to be better on the court.”
Hutchieson also said that Hale’s experience has helped him, as well as many other players on the team, as they seek advice on how to be better on the court.
“I definitely go to him to ask what I need to look for in my game,” Hutchieson said.
Although last season’s record turned out differently than hoped, Morgan said the team has shown their success by leading off the court.
“I think the spiritual aspect and leadership that takes place on our team is what makes us different from other schools,” he said.