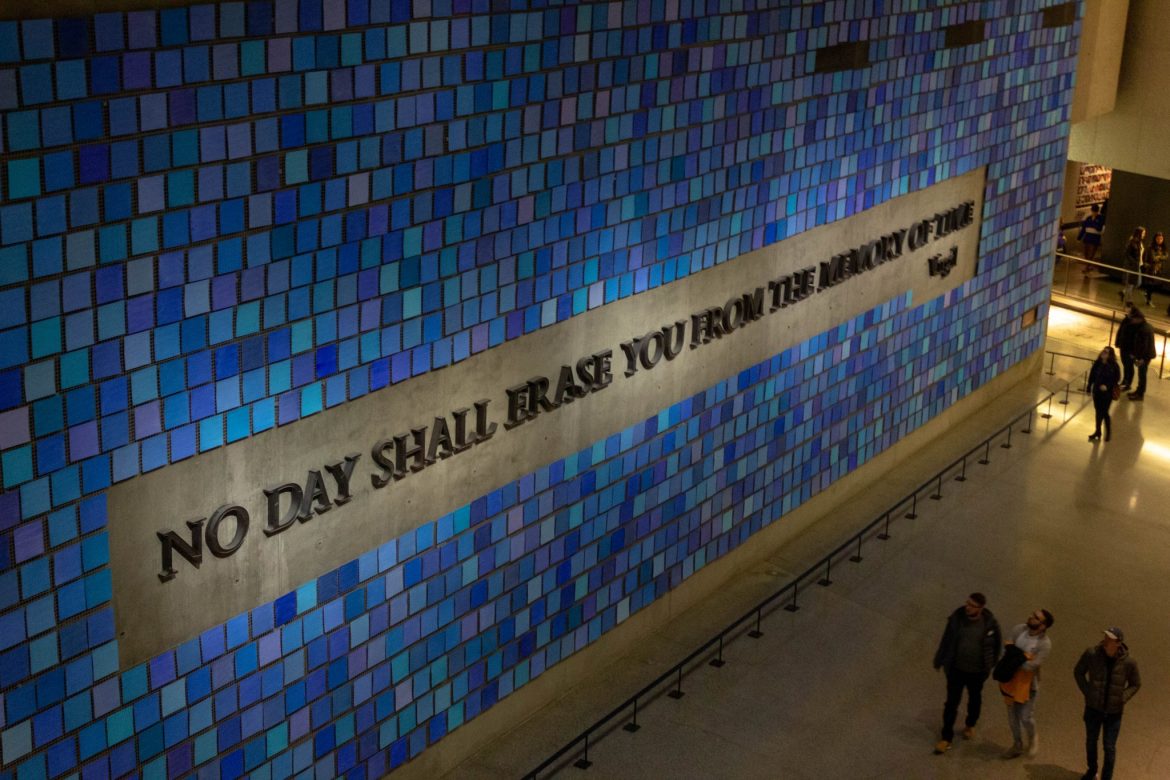 Last December, I had the opportunity to go on the New York trip that the department of communication takes every year. This experience was an amazing one. See, for me, New York isn’t just a city. New York is where I want to be. New York is where I want to find myself. New York is the place I want to call home. So, finally experiencing it and taking it all in was surreal for me, and still is. Something that touched my heart the most was going to the 9/11 Memorial. 9/11 was an event that changed the lives of Americans worldwide. 9/11 ultimately changed America itself.

Going to the memorial opened my eyes to so many things. Even though I was way too young to remember anything that happened that day, I know this event was impactful. It reached the ears of basically everyone in the world for years to come. Being there in the place where one of the worst moments in U.S. history occurred left me in awe. Reading the names of the thousands of lives lost left me humbled. Seeing the One World Trade tower left me inspired. The emotions I felt that day changed my life. How cliché is it to say that? But it’s so true. I don’t think anyone can go to the 9/11 Memorial today and not feel anything.

I remember walking with our class on a cold, misty morning. I was wet, my hands were frozen and I couldn’t feel my feet. The city was as busy as usual and traffic passed by with no hesitation. But then, we got there — to the memorial. The first things we saw were two pools bordered by huge plaques. Written on the plaques are the names of nearly 3,000 men and women who lost their lives that day. Something even more outstanding is the way the names are arranged. Michael Arad, the designer of the memorial, explained how he arranged the names on the plaques:

“The design concept allows us to place the names of those who died that day next to each other in a meaningful way, marking the names of family and friends together, as they had lived and died.”

Seeing this and how learning the placement of each name had a deep, heartfelt meaning brought me to tears. This tribute was beautiful. I ran my hand across the cold, wet plaque while I let my emotions take hold of me. This wasn’t just something that happened 18 years ago — this event changed history. And I was right there, witnessing it all just years later.

Once inside the museum, I encountered pictures, debris, and even recorded messages that occurred during and after the attack. I was transported there, to the scene of the attack itself. I saw what these people saw. I heard what they heard. To a degree, I felt what they felt. This museum holds the emotions of the people who were there that day. It stores them and brings them to back to life every single time someone walks through its doors.