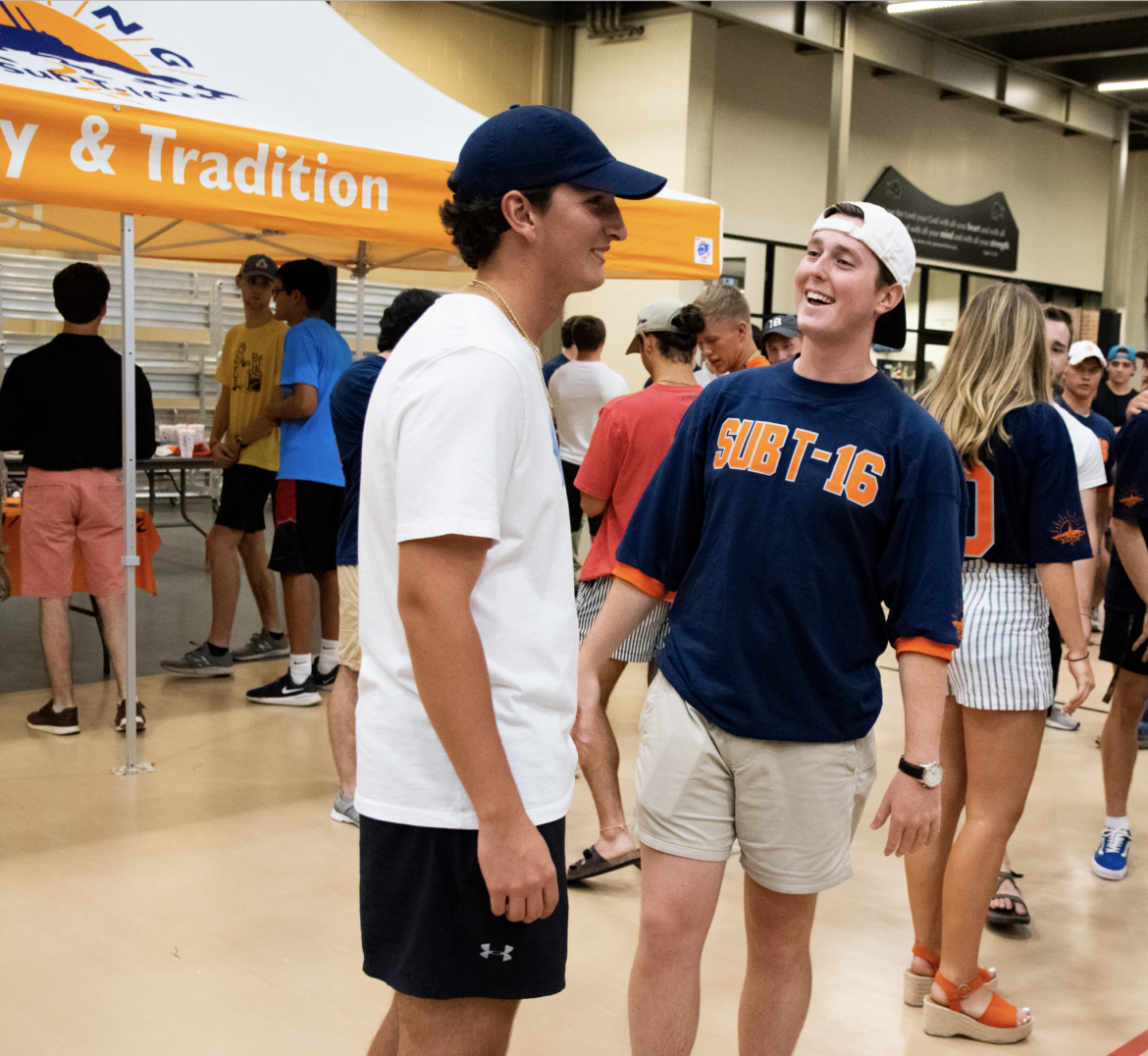 Multiple seniors active in social clubs officially transitioned into new clubs this fall through a process called “jumping” – a process which can only take place after a member has been active in their social club for two semesters, as stated by the official social club handbook.

Senior Holly Pettijohn “jumped” from women’s social club Pi Theta Phi (PTP) to Zeta Rho on Aug. 27. Holly was torn between PTP and Zeta Rho freshman year and has felt nothing but love from both clubs since she made the switch.

“It was a sweet response,” Pettijohn said. “Zeta Rho has been so welcoming of course, but the girls in PTP have just been overwhelmingly kind.”

Several of Pettijohn’s close friends since freshman year are her roommates and are members of Zeta Rho, making her decision that much more special.

Senior Will Crews “jumped” from men’s social club TNT to Knights on Sept. 2. Crews said he had many role models in TNT and enjoyed his time with them, but was searching for a fun change his senior year due to many of his close friends in TNT graduating.

“Knights has been incredibly welcoming,” Crews said. “I received a lot of texts and DMs from people going out of their way to meet me, and that was really, really nice.”

Kara Abston, the assistant dean of students, works to ensure an easy transition for the students who decide to jump.

“We are perfectly OK with allowing jumps,” Abston said. “We accept it and are fine with it.”

Senior Turner Isenberg also decided to jump from TNT to Knights the first week of this semester. His reason was similar to Crews — several of his friends in TNT had previously graduated.

“I really enjoyed my time in TNT,” Isenberg said. “I just kind of wanted a little something different.”

Several seniors who jumped social clubs this fall did so because they wanted a new experience during their final year on campus to add to their memories of great times in other clubs.

As stated by the official social club handbook, “jumps” can only be made by an eligible member during the beginning of either semester. Those seeking to “jump” should do so only through the official process outlined by the handbook which can be viewed on Harding University’s website.