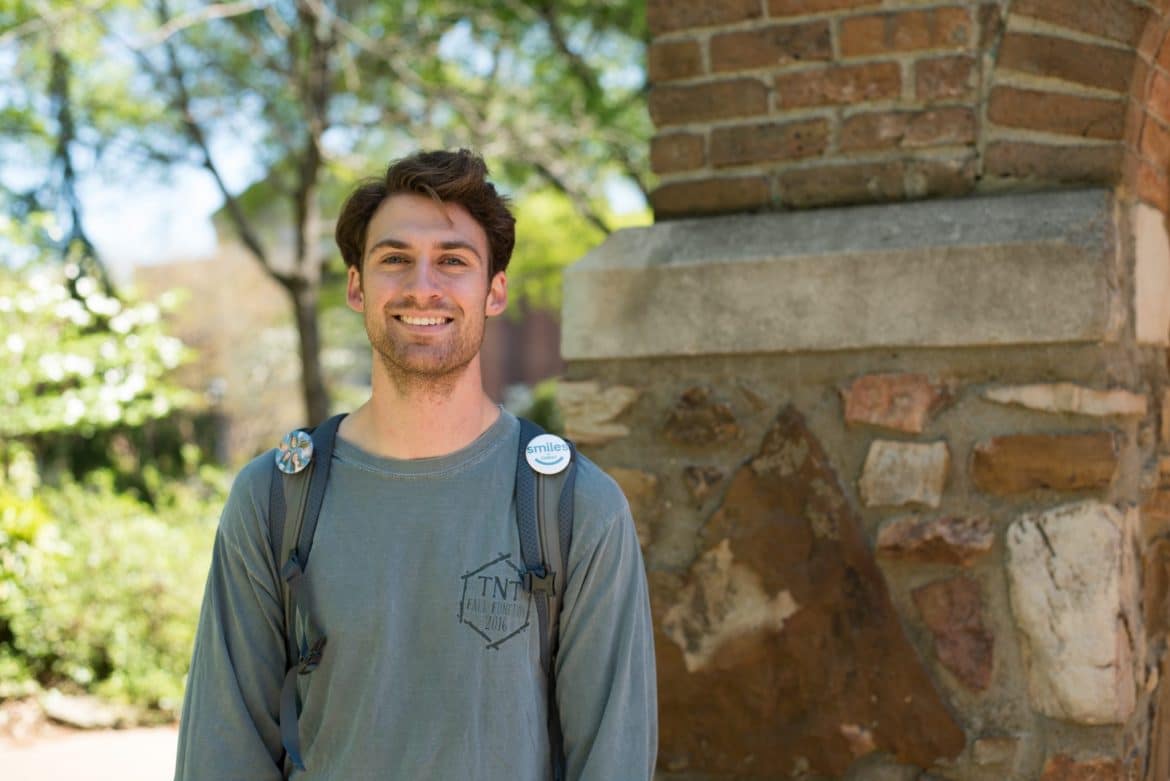 During the first week of April, the student body elected new members of the Student Association (SA) for the 2019-2020 school year. Senior Michael Krupka was elected president, along with junior Laura Waldron as vice president, junior Morgan Proffitt as secretary and junior Carson Gentry as treasurer.

Krupka, a political science and Spanish major, first became involved with the SA last year when he was elected treasurer. After his previous experience with the SA, he decided he wanted to continue serving and further his relationship with the student body by running for president.

“I fell in love with it and I thought that it was just one of the neatest opportunities for me to grow as a person and as a servant, but also it was an excellent opportunity to give back,” Krupka said. “And seeing how this last year went … I thought, you know what? This could be something I could continue doing and I should maybe think about running for president. And so I talked with some professors about it and talked to some friends and prayed about it a lot and decided to run.”

For the upcoming school year, Krupka and his team hope to continue some of the things that the previous SA implemented, such as the White County Relations Committee. Krupka said he loved seeing the amount of community service that the committee was involved in and hopes to continue this as well as increase awareness of their monthly service projects. Krupka also hopes to maintain the high energy and involvement of the 2018-2019 SA.

“They would constantly try to find small, fun things to do to set the tone on campus and that’s one thing that I would like to continue doing,” Krupka said.

This will be Gentry’s third year serving on the SA, and he said he’s also looking forward to continuing the growth that the SA brings to him and the Harding community through common spaces. Gentry said that while he would like to physically improve existing common spaces, he also wants to diversify the community that is created within them.
“When I ran with Hallie (Hite), Nora (Johnson) and Michael, we kind of pushed on this idea of common space, which is still the place that we see growth coming,” Gentry said.

According to Waldron, the idea for this upcoming school year will focus on the idea of “Together,” which was the team’s election campaign.

“I think it’s really important that we celebrate togetherness and meeting each other where we’re at regardless of beliefs and majors and backgrounds,” Waldron said. “I think Harding is a really special place to do that.”

One of the goals the 2019-2020 SA plans to implement is professional development days, according to Krupka. The idea is to offer more opportunities or flexibility for students who need to take time out of their school days to accomplish career-related goals, such as traveling to job interviews and taking the Graduate Record Examination tests, the Law School Admission test, or similar opportunities, Waldron said.

Krupka also said his team is planning on transforming a wall in the Student Center for the SA to have a space to communicate to the student body. His hope is that this “community wall” will provide space to give announcements, keep an updated calendar, post prayer requests and more that can be seen by everyone on campus.

“Every student on campus and members of the faculty can go and pray over one Post-it note there and bless somebody,” Krupka said. “In addition to that, we can be making this a spot for a forum where we can post QR codes with our ideas and things that we would like the student body to vote on.”

Similar to the Harding Bazaar that took place last month, Krupka mentioned a “celebration festival,” that he hopes will be another opportunity for the Harding community to appreciate and showcase the many talents on campus.

“We can have student musicians performing their music and creating entertainment for everybody, and have student cooks and things like that,” Krupka said. “[We want to host] things that can create a little bit of a competition, but just make good fun. [We want to find] more ways for us to celebrate who we are and all of the blessings that we have here.”