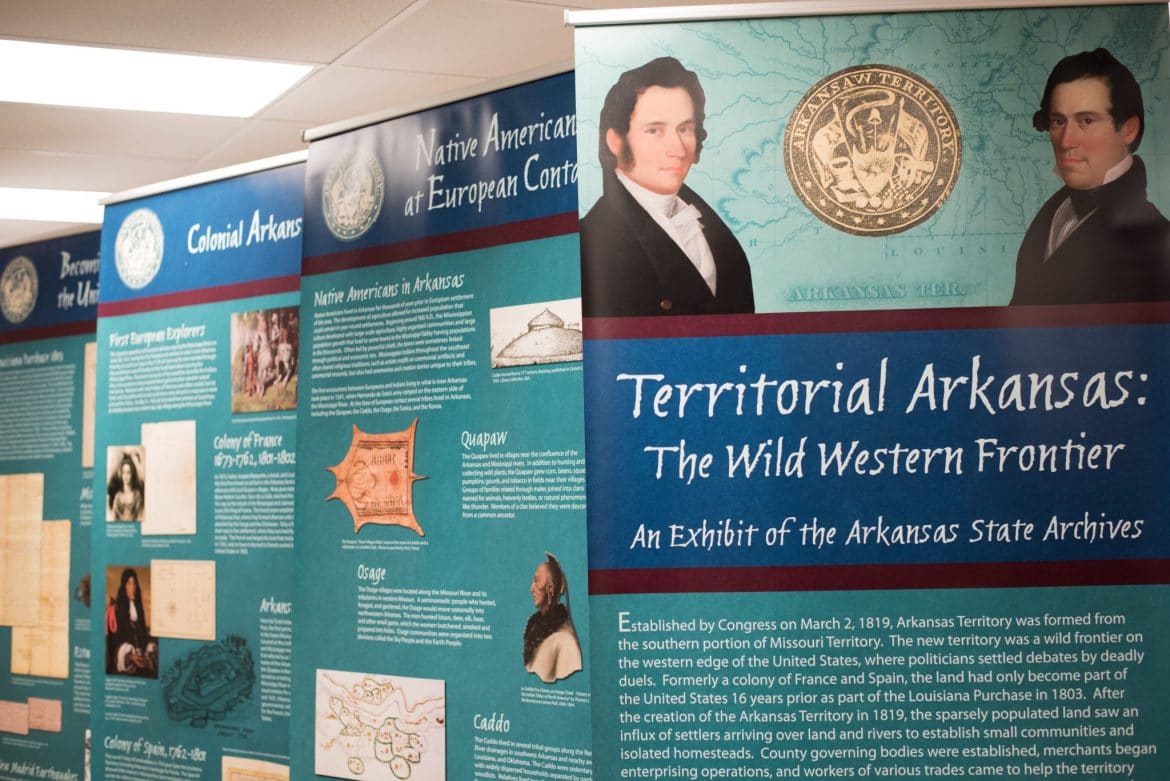 From April 15 to May 10, the Brackett Library will host a history display that tells the story of Arkansas before President James Monroe established it as a state in 1819.

This display shows Arkansas when it was known as the “Wild West.” During that time, politicians settled disputes by gunfight. History Professor Julie Harris suggested it be brought to campus for students to enjoy. Harris receives emails about new displays that are available at the Arkansas State Archives, and “Territorial Arkansas: The Wild Western Frontier”is one of the newest.

“As chairman of the library committee, one of the things Mrs. Waldrop and I try to cultivate is to bring exhibits that may draw people to the campus but also be informative,” Harris said. “This is something we can do as a service to the community. It is informative for the teachers, but it is also a chance for them to get their students out to see this because this is a shorter field trip [than traveling to Little Rock].”

Jean Waldrop is the director of the Brackett Library and believes it is a great place for the display, since an average of 10,000 people come to the library each week.

“I think since we have so many students from all over the United States and all over the world, [it] just gives them a little bit of background and history of our state,” Waldrop said.

Junior Austin Taylor is from McCrory, Arkansas, and as a social science major with licensure, he felt the exhibit was a “good refresher” from what he learned in Arkansas History the past semester.

“I think there is a lot of Arkansas history that people don’t know,” Taylor said. “Unfortunately, we are probably only recognized for some of our darker moments … but I think we need this type of history [shown at the display] to understand Arkansas and to understand where the country was at this time, too. I think we sometimes think of the wild frontier as being in the West or in the desert, but really at this time, Arkansas was the Wild West. Anything west of the Mississippi was uncharted territory.”

In the past, the Brackett Library has hosted a display about World War II. It plans to have a display in the fall of 2020 exploring former African American legislators.

The Arkansas State Archives is responsible for collecting, housing and preserving records that document Arkansas’s history and maintains the largest collections in the state.